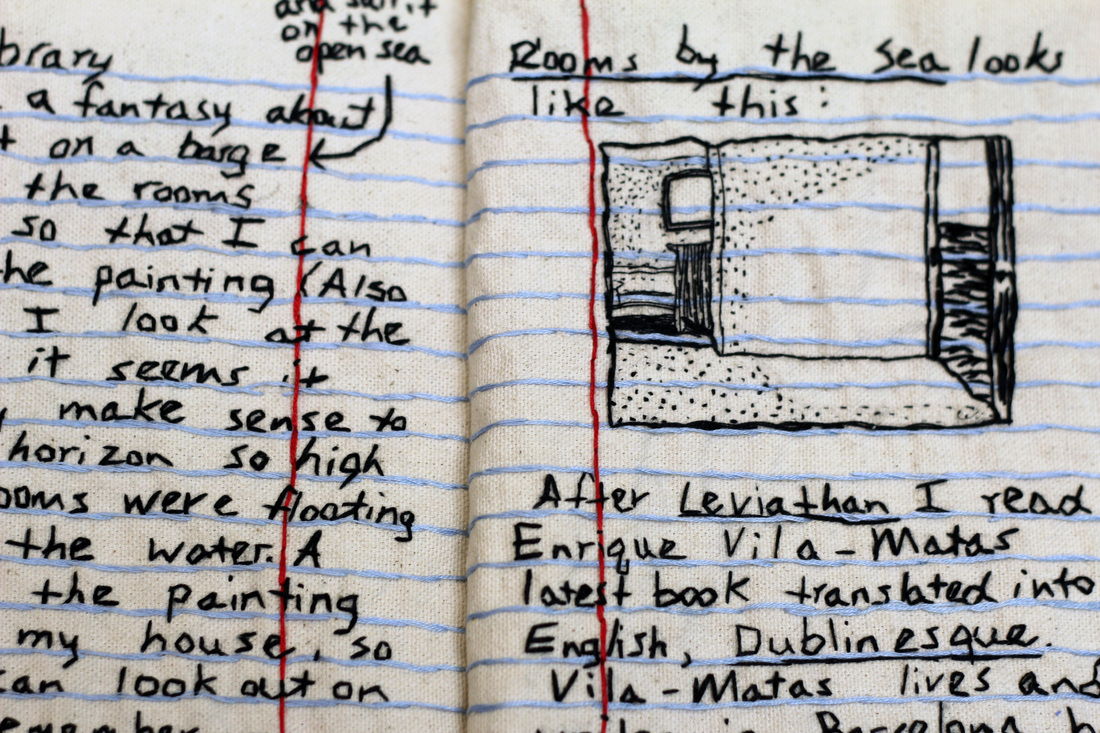 As an ardent reader, Hicks naturally gravitates toward creating books and printing. Most of her projects take the form of books or series of prints as each represents an inquiry or sustained reflection on a given subject. Taking note of coincidences is akin to the kind of observation a landscape or portrait artist practices. Her observations take the form of hand-stitched texts that she calls Common Threads. Sewing every line, letter, and illustration in the books enhances their status as objects. By laboring over a composition book, painstakingly recreating it by hand, Hicks has found a way to express the insignificant as potentially philosophical. Just as a landscape or portrait painter’s observations allow them to reproduce a version of reality; her scrutiny of repetition creates a narrative that navigates fictional universes. Her latest project, String Theory: Understanding Coincidence in the Multiverse undertakes to explain coincidence through science. String Theory is her first attempt to form a hypothesis about the meanings and rules that govern coincidence. Part pseudo-scientific humor, part genuine awe at the complexity of the cosmos, String Theory is an embroidered book in three volumes in which the text and images are entirely rendered in thread. In conjunction with her books is a new series of prints, Compositions. She resolves the abstract patterns on the covers of cheap composition books into representational images. Fabrications connects pattern seeking and coincidence with work that deals with memory and observations from reading.

1/4
Your cart is empty.
Checkout