Encyclopedia of All Nations 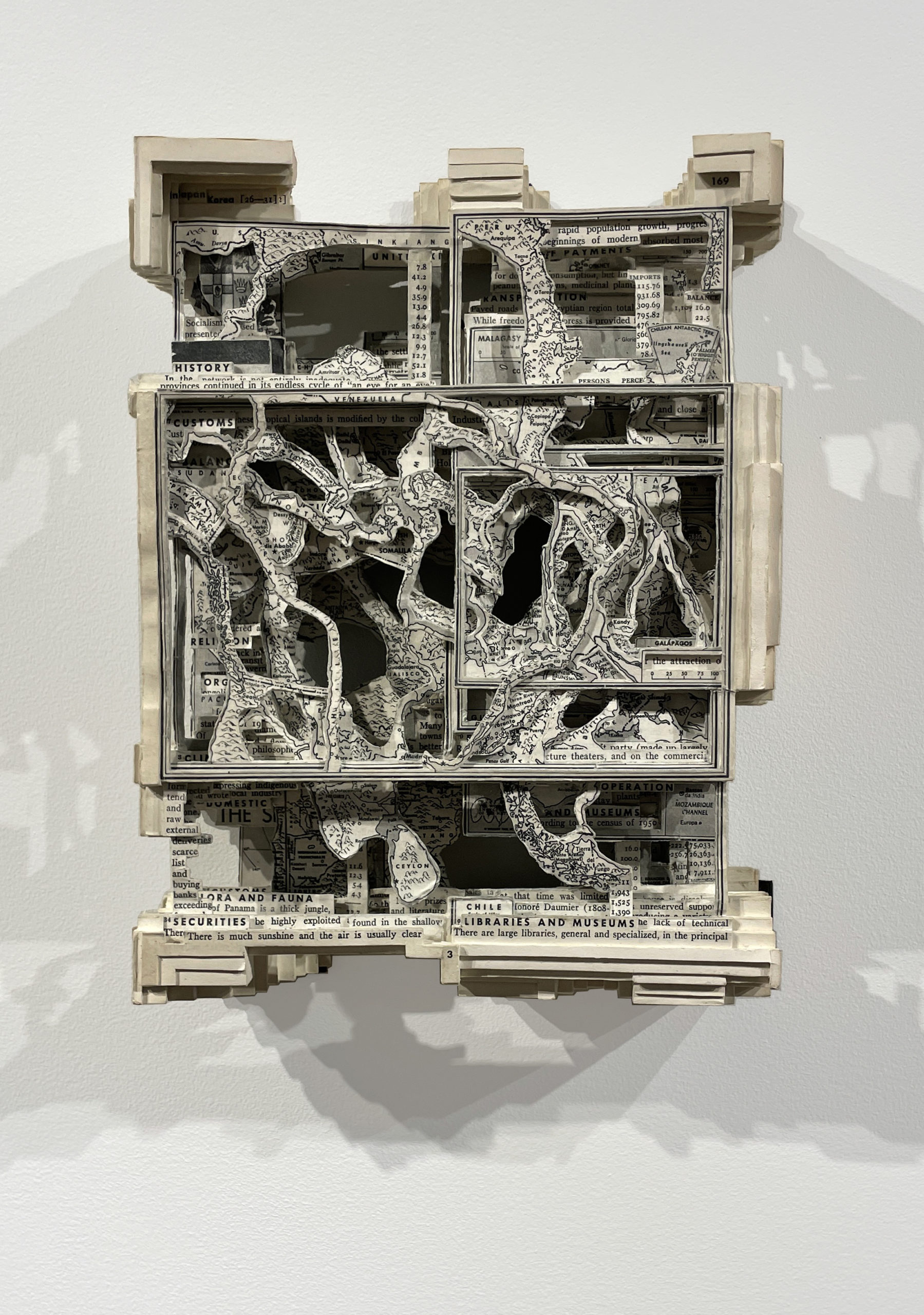 “Information is the raw material of today. Ideas put in print have a tangible permanence; a strong history and stability for the future, yet we continue to replace the physical book with fleeting formats that are subject to questionable priorities of tech companies and a consistent flow of electricity to remain accessible. In my current work, I ask what erasure and loss could look like through the lens of printed matter. Reference books have become almost extinct in less than one generation and we are at a pivotal moment in the way we record and distribute information. Information is now constantly refreshing and recording over itself – often leaving only traces of fragmented facts and past proclamations. This malleability has been exploited and our agreed truths have been uprooted by intentional distortions, erasures, and manipulations. My work attempts to illustrate these issues and raise questions about the future of the book.”

Brian Dettmer (b. 1974, Naperville, IL) lives and works in Brooklyn, New York. He has been the subject of solo exhibitions at numerous institutions including the Hermann Geiger Foundation, Cecina, Italy, The International Museum of Surgical Science, The Museum of Contemporary Art of Georgia, and the Virginia Museum of Contemporary Art. His works have been exhibited at the Museum of Arts and Design, The Renwick Gallery of the Smithsonian Institute, The Chicago Cultural Center, The High Museum, and the Perez Art Museum among others. Dettmer’s sculptures can be found in the permanent collection of several institutions including the Smithsonian American Art Museum, The Art Institute of Chicago, The High Museum, and the Yale University Art Gallery. He has been featured in several publications including The New York Times, The Guardian, The Telegraph, Chicago Tribune, Art News, Modern Painters, Wired, The Village Voice, Harper’s, CBS News and NPR.

1/2
Your cart is empty.
Checkout