Tammy Nguyen will be leading a discussion and virtual workshop inspired by her newest project Phong Nha, the Making of an American Smile. The project expands from a commissioned essay by Ugly Duckling Presse, where Nguyen shares a story about her birth defect of being born without two of her front teeth. As she takes us through the journey of how this defect was resolved, she branches off into narratives about Forest City, a man made made island in Malaysia, and Phong Nha, a karst system in Vietnam over 400 million years old. The writing unfolds into Nguyen’s personal grappling with beauty and capital– her own internal struggle with what is ultimately valuable to make a happy life.

In this virtual experience, you will learn about this written work and will also be introduced to Nguyen’s current studio work where she transforms text into visual artwork. She will show you a few projects she is working on her kitchen table as well as invite you to make art with her that might probe at how you grapple with beauty and capital.

Proceeds will go toward the speaker and supporting the Center’s programming. 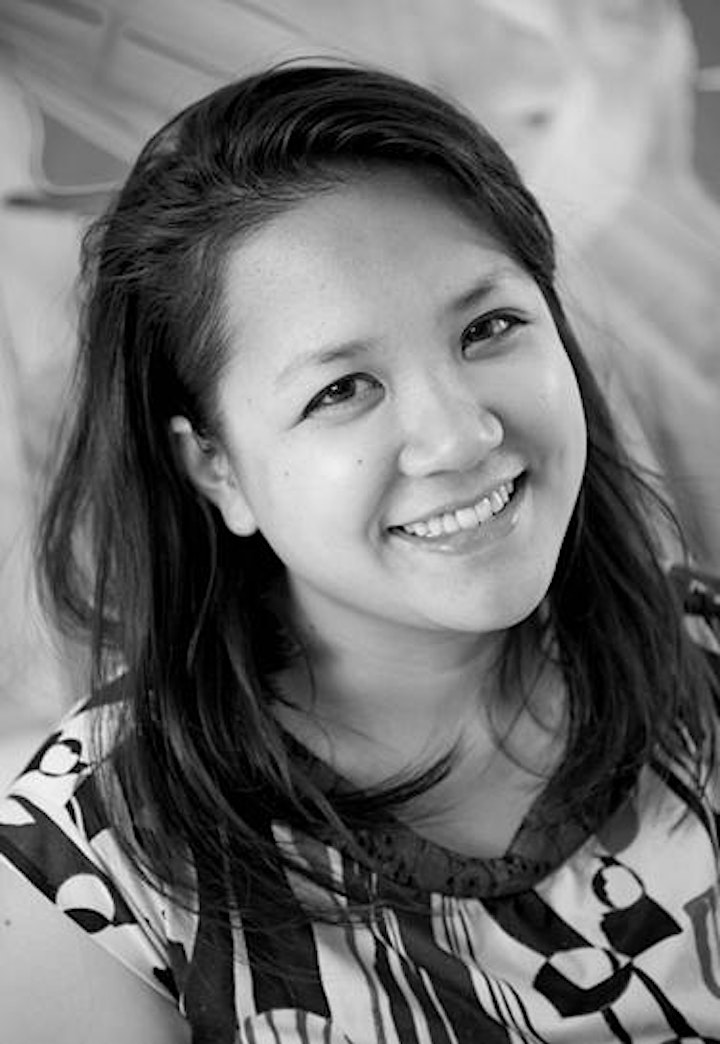 Tammy Nguyen is a multimedia artist and writer whose work spans painting, drawing, silkscreen, and publishing. Intersecting geopolitical realities with fiction, her practice addresses lesser-known histories through a blend of myth and visual narrative. She is the founder of Passenger Pigeon Press, an independent press that joins the work of scientists, journalists, creative writers, and artists to create politically nuanced and cross-disciplinary projects. Born in San Francisco, Nguyen received a BFA from Cooper Union in 2007. The year following, she received a Fulbright scholarship to study lacquer painting in Vietnam, where she remained and worked with a ceramics company for three years thereafter.

Nguyen received an MFA from Yale in 2013 and was awarded the Van Lier Fellowship at Wave Hill in 2014. She has exhibited at the Rubin Museum, The Factory Contemporary Arts Centre in Vietnam, and the Bronx Museum, among others. Her work is included in the collections of Yale University, the Philadelphia Museum of Art, MIT Library, the Seattle Art Museum, the Walker Art Center Library, and the Museum of Modern Art Library.

Images courtesy of the artist