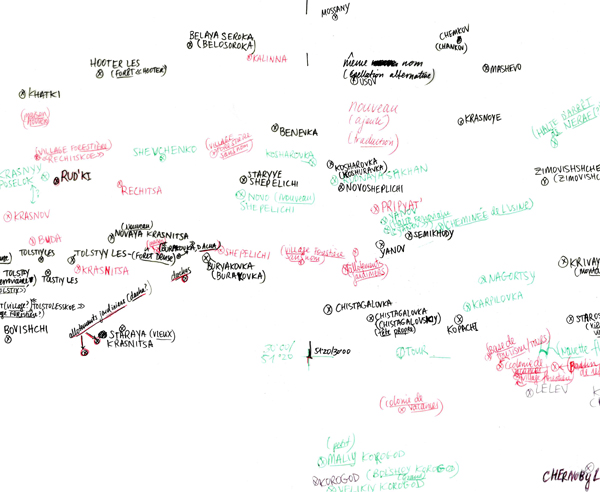 Chernobyl on Tour seeks to challenge the cartographic representation of the Contaminated Zone: a territory wiped off the maps of the world. A catastrophe erases itself from the people’s memory because its traces are barely visible, and sometimes, the very nature of the catastrophe wipes out its evidence. This project deals with the impossibility of representing of a catastrophe, mainly due to its very characteristics and nature; in this case, the phenomenon of radioactivity invisible to the naked eye. How to represent something that in its very character escapes description, escapes our senses, and therefore our regular points of reference? This book is composed of a series of drawings based on U.S. Army archival maps, as well as those from the former U.S.S.R. Army, dating to before the catastrophe. This represents a sort of re-reading of the territory through the object of the map. How do we read and re-read maps? What are the codes of this reading?