The Center for Book Arts continues its 2004 exhibition program with a show featuring the works of Keith Smith. Keith Smith – Books Since 2000, curated by Scott McCarney, will be on display at the Center from April 8th through June 12, 2004.

About his work, Smith states “I am in love with the book format because it is the most intimate of media. Sculpture invites touch, but a book demands it. Whether a one-of-a-kind or a mass-produced edition, a book is a one-to-one confrontation of the reader and the writer.”

Keith Smith is an artist, teacher, writer, and publisher based in Rochester New York, where he has lived and worked quietly since 1974. His textbooks on books and bookbinding are well known, loved, and readily available. But much of his work in book form takes place in limited and smaller editions and one-of-a-kind books that have rarely been seen in a public forum. The concepts and structures detailed in the textbooks found their origins and development through these much underexposed works of art. In 2000, Keith published his 200 Books, An Annotated Bibliography documenting the 200 numbered books he made since 1967. From 1967 to 1982 he produced nearly one hundred one-of-a-kind books that were rarely seen. This virtual invisibility initiated a change in the direction of his work. Since 1982 he has produced 44 small editioned books, most of which are hand-bound, making his book concepts more accessible without compromising his love of the book-as-physical object. The works in this exhibition are representative of Keith’s varied methods of working and thinking in the book form, including books of poetry, prose and imagery, and picture sequences. The books are all constructed with a Macintosh computer running off-the-shelf programming, but reflect Keith’s long working history with a variety of printmaking and markmaking processes, including etching and cliche verre. All books are digitally printed and hand bound with exquisitely original bindings. They are reflective of a serious, private world, vehicles for social protest, and sites of autobiographical imaginations.

Keith has received two Guggenheim Fellowships, a National Endowment for the Art (NEA) individual artist grant, and most recently the Pollock/Krasner Foundation Pilot Fine Art Still Photography Grant in 2002. His work is in the collections of the Museums of Modern Art of New York and San Francisco, London; The National Gallery of Canada, Ottawa; Bibliotheque Nationale, Paris; and the Tokyo Metropolitan Museum of Photography. 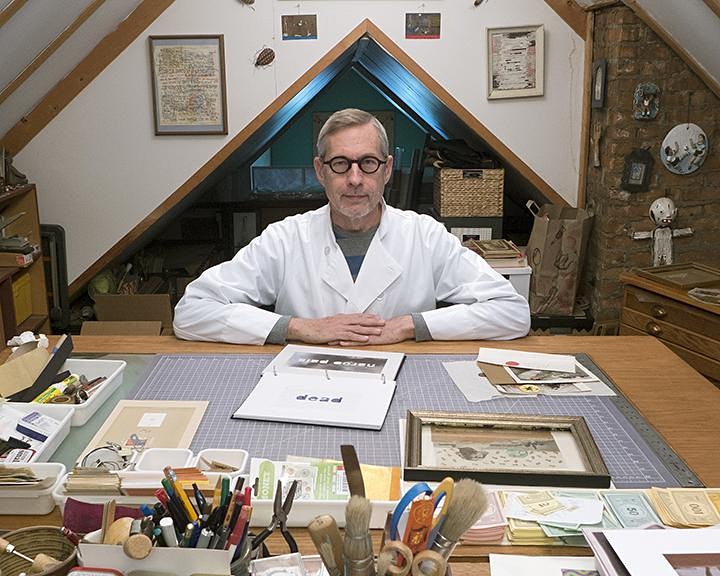