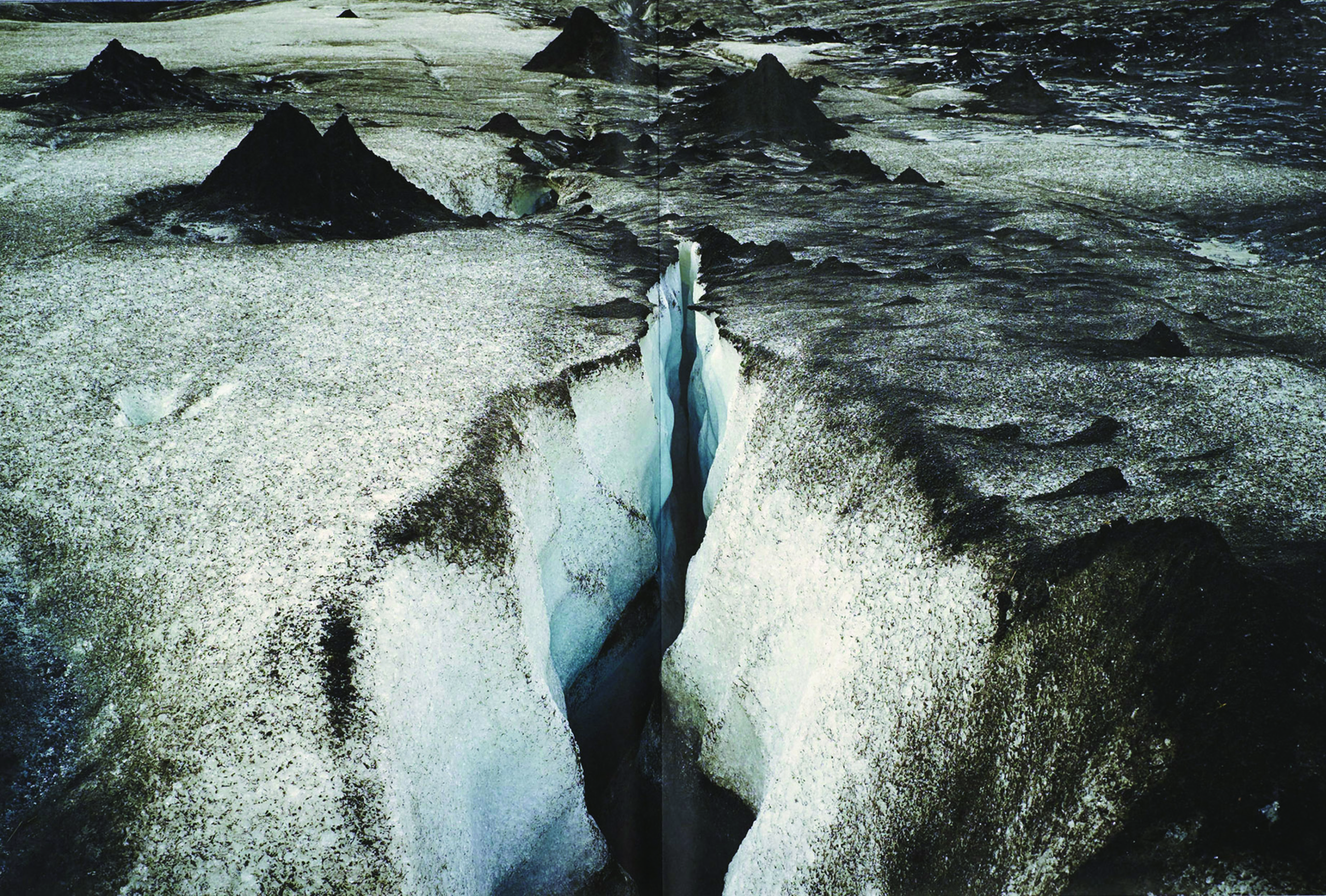 The Earth has existed for billions of years. Ice Ages have come and gone. Life forms have evolved and evaporated. During recent millennia, however, and particularly since the industrial revolution, Earth’s human inhabitants have increasingly shaped the natural history of our planet, through such factors as agriculture, construction, mining, and manufacturing. So profound have been the changes we have wrought that this epoch recently has been accepted as constituting a geological era, the Anthropocene. Today we suffer the accelerated effects of our impact. Climate change is causing devastating hurricanes, droughts, fires, floods, and erosion. These affect the habitats of flora and fauna as well as human environments and productivity, migration and conflict. Toxins, pollutants, and trace elements contaminate ecosystems and food sup-plies. Humans have precipitated the Earth’s sixth phase of mass extinction. The artists in this exhibition respond to the ecological crises of our Anthropocene, which we ignore at the peril of our own ecocide.

Support for the Center for Book Arts’ Visual Arts Program is provided, in part, by the New York State Council on the Arts, with the support of Andrew Cuomo and the New York State Legislature, by public funds from the New York City Department of Cultural Affairs in partnership with the City Council, and by the National Endowment for the Arts.

1/5
Your cart is empty.
Checkout