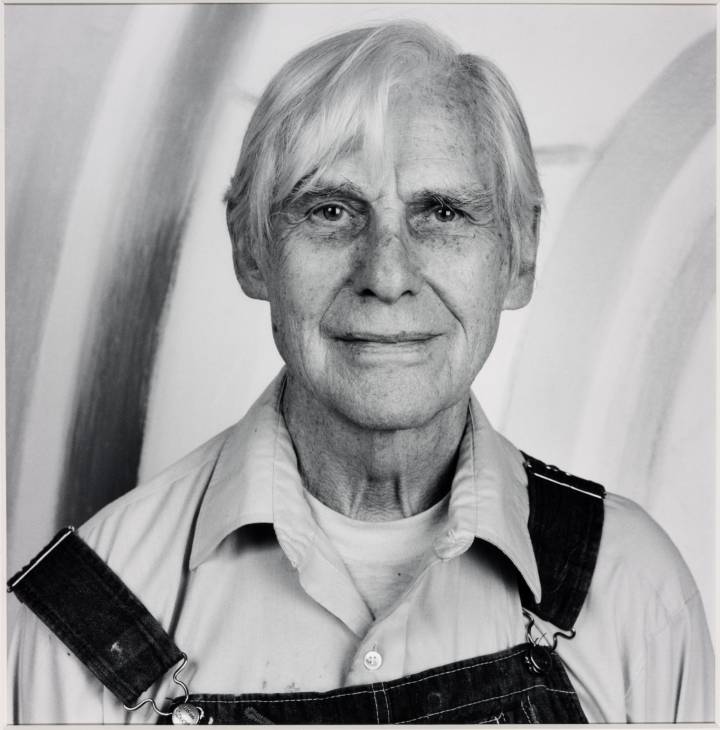 Williem de Kooning was born on April 24, 1904 in Rotterdam, the Netherlands. From an early age, de Kooning began apprenticeship work at a design firm and then enrolled in night classes at the Rotterdam Academy for Fine Arts which would later be renamed after de Kooning in 1998. In 1926 de Kooning stole away on a ship headed for Argentina, but slipped off the boat when it stopped in Virginia. He skirted immigration and made his way to New Jersey by 1927. There, de Kooning began working as a house painter and then quickly established himself as a commercial painter. In 1936, de Kooning worked in the mural division of the Works Projects Administration during the Great Depression. Two years later in 1938, de Kooning was introduced to Elaine Fried, a successful artist in her own right, who would become his wife in 1943. During the late 1940s and 50s after World War II, the New York art scene exploded and de Kooning, along with several notable artists, put New York City on the map as an international arts center through their collection in the group known as the New York School. This group of artists specialized in Abstract Expressionism, but each artist put his or her own twist on the style. De Kooning rose to prominence during this time while continuing to constantly experiment with his art. In 1957, Williem and Elaine split and each continued to develop their own art individually until they reunited in 1976.

Shortly after Williem and Elaine went their own ways, Williem traveled to Italy and then moved to the West Coast of the US, all the while innovating his work. De Kooning often utilized the female figure in conjunction with Abstract Expressionism in his art. By 1963, de Kooning was back in New York, this time on Long Island. He lived there and experimented with different mediums until 1991 when his health declined and he could no longer create art. De Kooning’s work has appeared in many national and international museums such as the Tate, National Gallery of Australia, Museum of Modern Art, Metropolitan Museum of Art, National Gallery of Art in Washington D.C., and many others. Williem de Kooning died in 1997 at the age of 92.