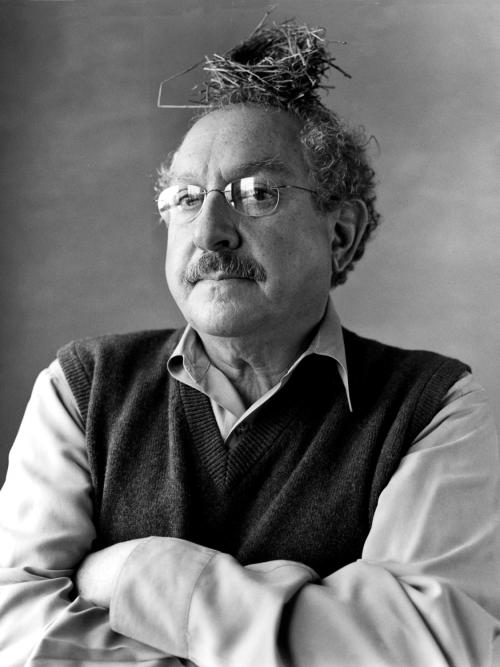 Born in 1940 in Flint, Michigan, Walter Hamady was a book artist, educator, publisher, and poet known for his tactile and witty approach to bookmaking and collage. As the founder of the influential Perishable Press Limited and professor emeritus at the University of Wisconsin, Madison, Hamady was a leader in the field for decades. He acquired a love for printed materials early in his childhood, citing his mother’s extensive book and magazine collection as an original inspiration. He received his BFA from Wayne State University (1964) and his MFA from Cranbrook Academy of Art (1966). In 1964, while working towards his MFA, Hamady launched the Perishable Press. Through the press, he published 131 volumes, including works of his own and those of many contemporaries. He joined the faculty at the University of Wisconsin, Madison in 1966, and he became an influential voice in the art department until his retirement in 1996.Hamady received grants from the National Endowment for the Arts for his work at Perishable Press (1976, 1978, and 1980) and a fellowship from the John Simon Guggenheim Memorial Fund in 1969. His work has been collected by institutions including the Victoria and Albert Museum in London and the New York Public Library.

Remembering Walter Hamady: Selections from the Perishable Press celebrates the life and career of Walter Hamady. As a pioneer of bookbinding, printmaking and collage, Hamady created the Perishable Press as a space for experimentation and innovation in the field of book arts. By collaborating with other poets, writers and artists, Hamady brought others into the realm of bookmaking, expanding the reach of the medium. In this exhibition, we present a survey of his work over the span of four decades and numerous collaborations, with poets like Robert Creeley, Rosmarie Waldrop, George Oppen, and others. 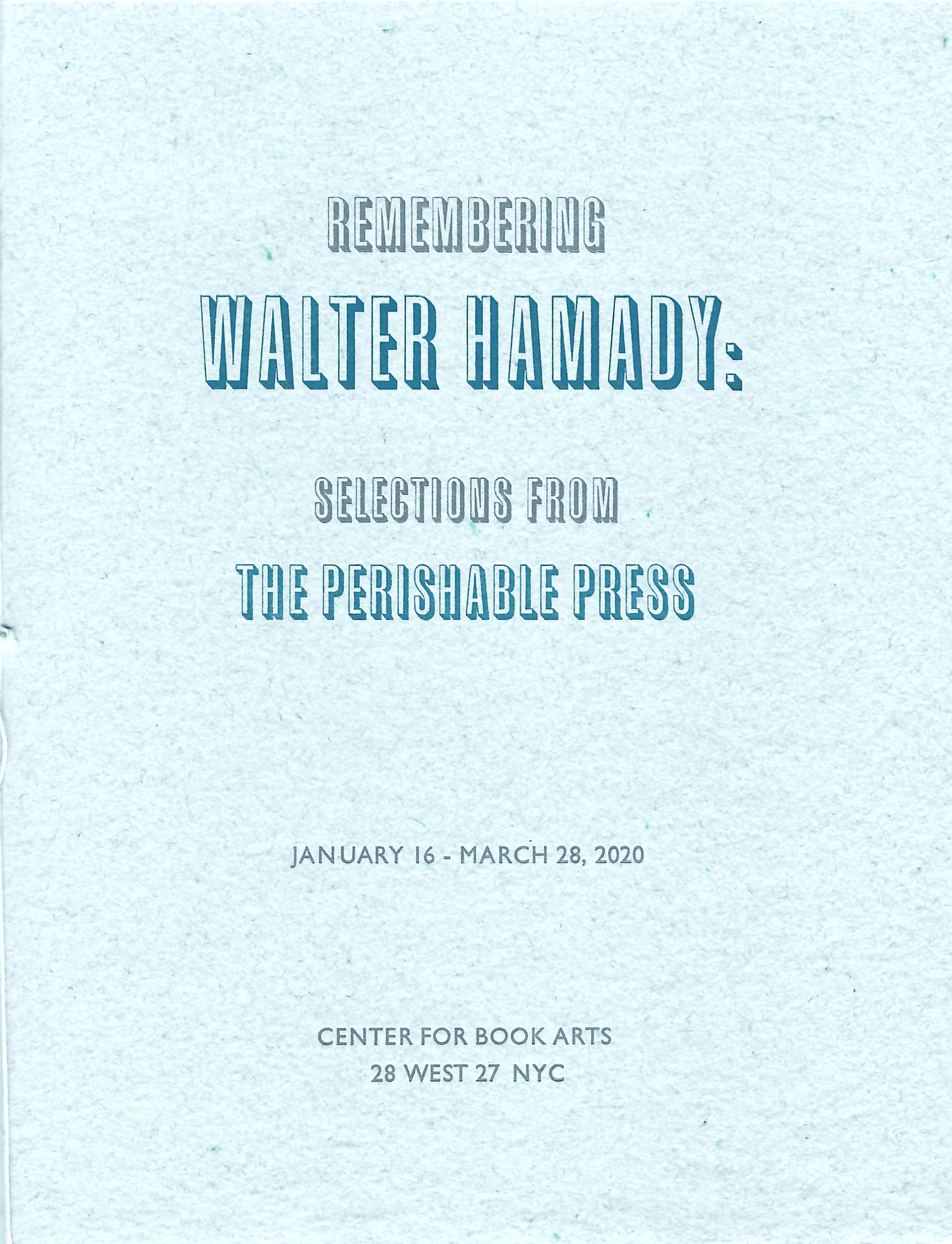