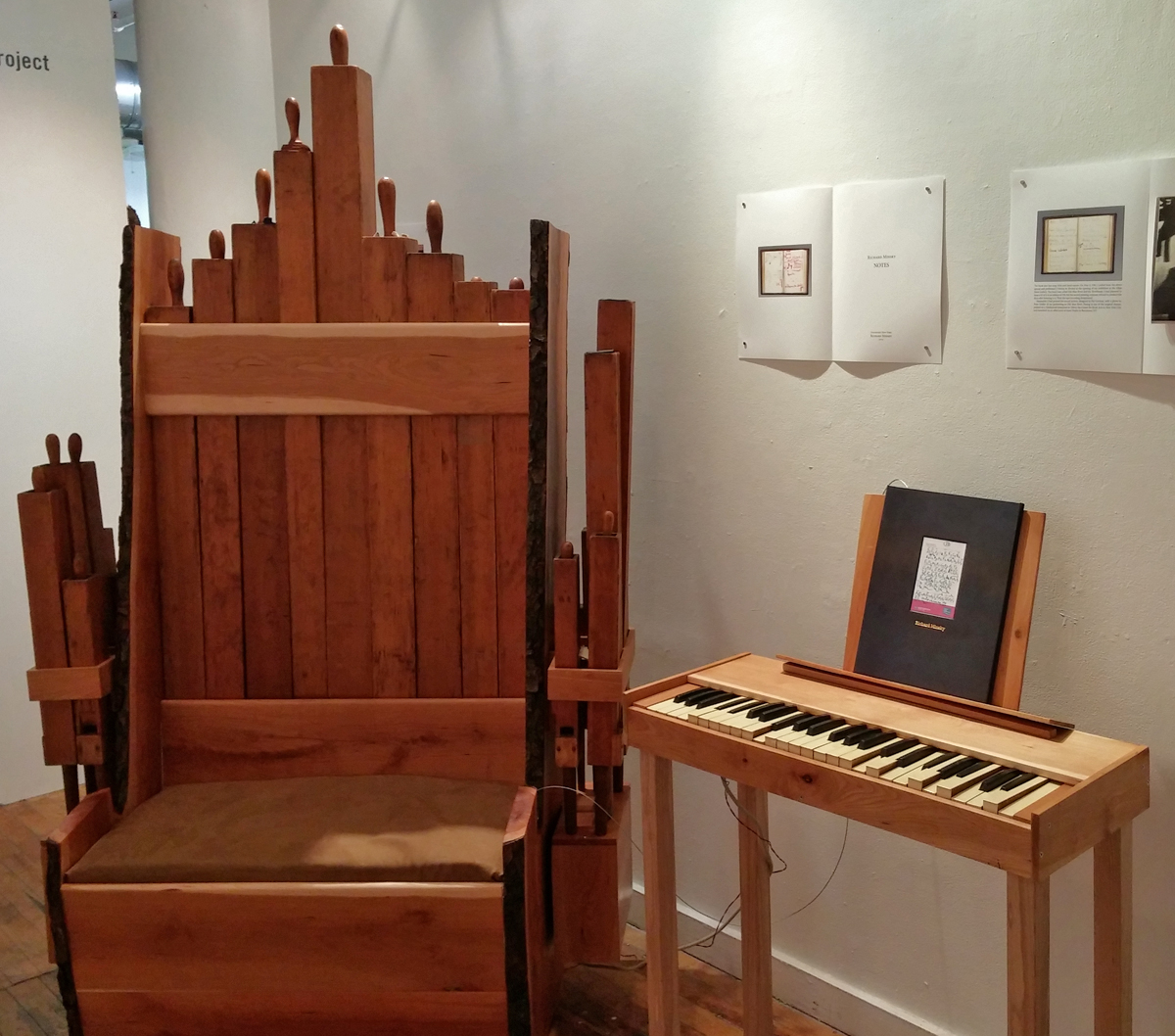 Music and visual art have been intertwined for centuries. Minsky here explores the relationship between music and contemporary visual art in Notes. This latest creation engages not only the eye and the ear, but, in fact, the entire body. Notes is based on Musical Theory, a uniquely-bound, small blank book in which Minsky kept notes about potential musical compositions, riffs, and lyrics during the 1970s and 1980s. Notes includes reproductions from Musical Theory, original ephemera from that time period, and a CD of his 1972 recording of Adventures in Ku-ta-ba Wa-do. The edition contains 75 limited edition copies, ten deluxe copies, and one unique binding, the musical chair on display. The musical chair is an instrument made of repurposed organ pipes that gives sound to the ideas in Notes or a melody of one’s own. Minsky’s sculptural rendition of his material meets metaphor methodology is part of another longstanding tradition: the link between music and the built environment (sculpture and architecture). Minsky’s unique binding is a new addition to an exemplary lineage of works that combine music and visual art to create a multi-sensory experience. 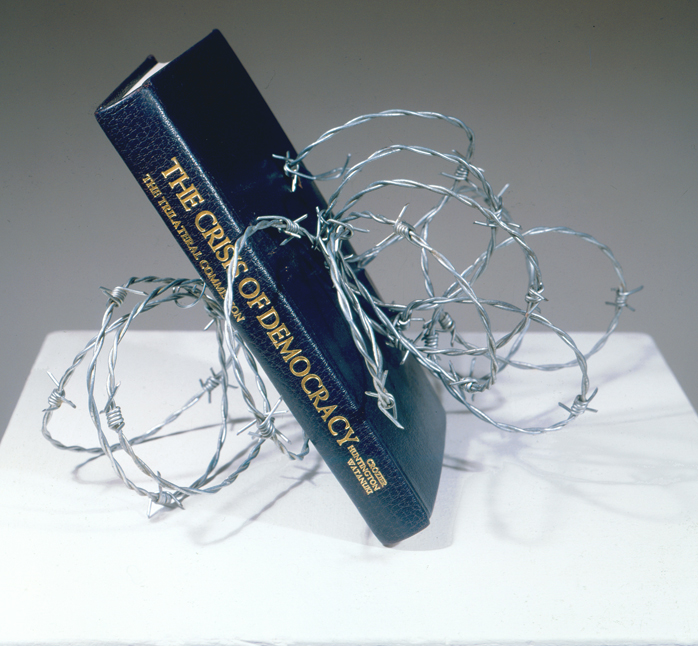 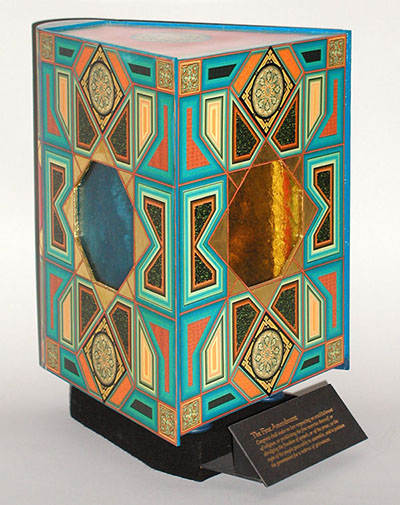 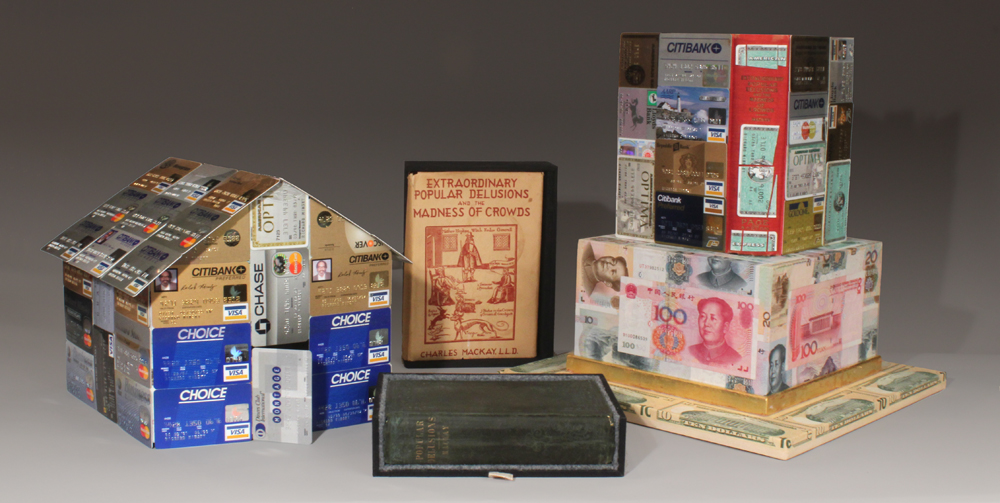