The Works of Edition Balance 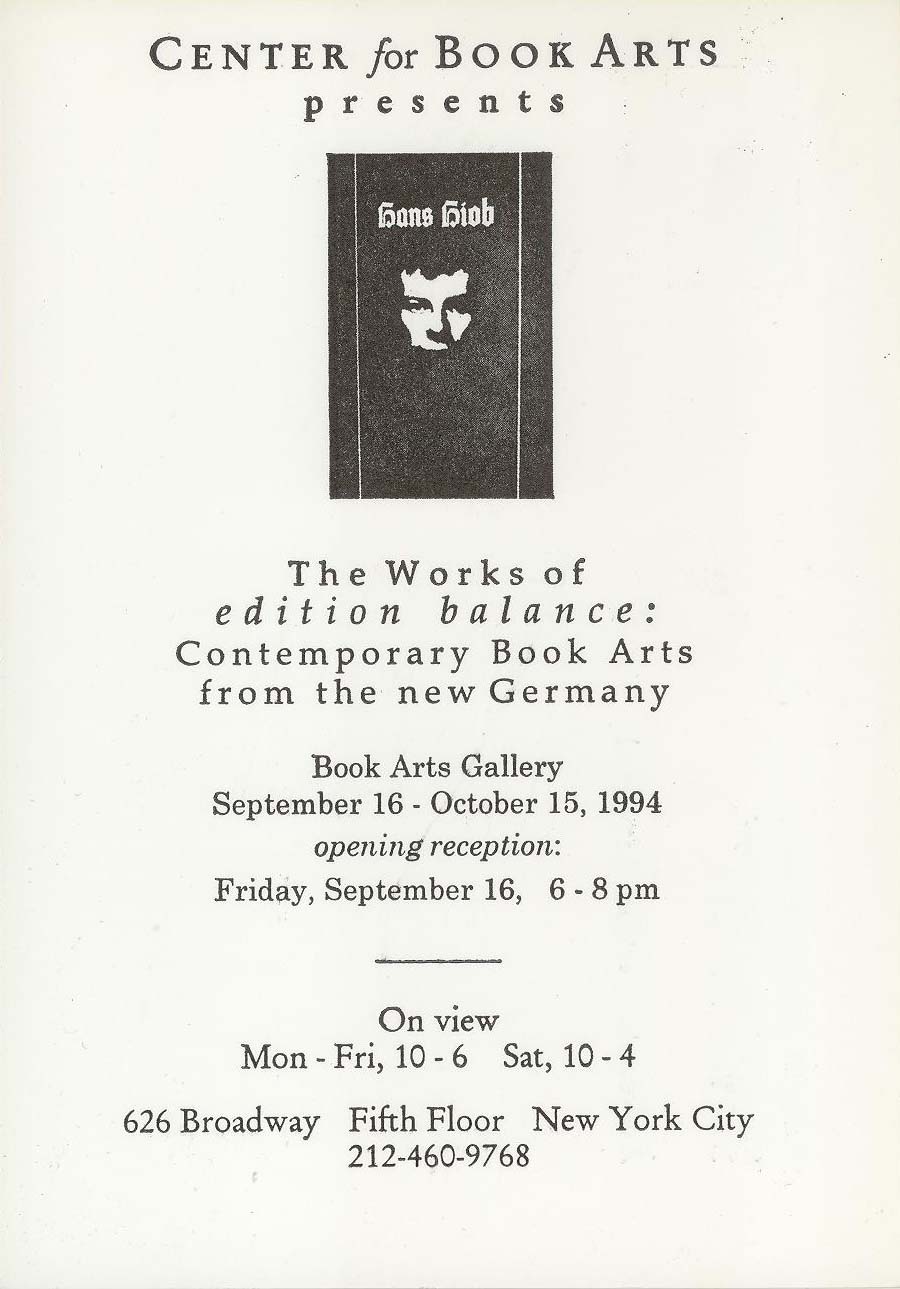 Brian Hannon, former Executive Director of the Center for Book Arts, said of the exhibition: “The Center for Book Arts is proud to present the first exhibition in a series that will feature bookmaking from other countries. ‘The Works of edition balance: Contemporary Book Arts from the new Germany’ introduces American audiences to the books of edition balance, a fine press which began in the former East Germany after reunification. The press has gained recognition for producing collaborative works with artists and writers which express an emerging, contemporary aesthetic stimming form this historical period of transition in Germany.

The books in this exhibition reveal the difficulties many people are experiencing during this period of transition, particularly from the point of view of East Germans. Much of the literature contained here recounts small, personal injustices that feed a growing disillusionment with the promise of West German society. Westerners are sometimes perceived as self-interested and insensitive, often putting money-making above real unification. edition balance makes these sentiments tangible so that ideas can be exchanged and a path made toward fair solutions to these social problems. Recognizing the opportunities at hand, edition balance’s books express possibilities for a new society.

This first American exhibition of books by edition balance offers viewers a change to see works which portray life in East Germany during socialist times, as well as during this crucial period of change, and bears witness to the power of the book as a means to communicating human experience.”

WALKING A TIGHTROPE / SEILTANZ
(1991) Broadside with woodcuts by Guillermo Deisler.

Kant’s Monkey: A dialogue among the dead / Kant’s Affe: Ein Todtengespräch
(1993) with 9 original etchings by Nuria Quevedo and a signed musical score by Friedrich Schenker. Edition: 50 copies and 10 artists’ copies. $612.50. 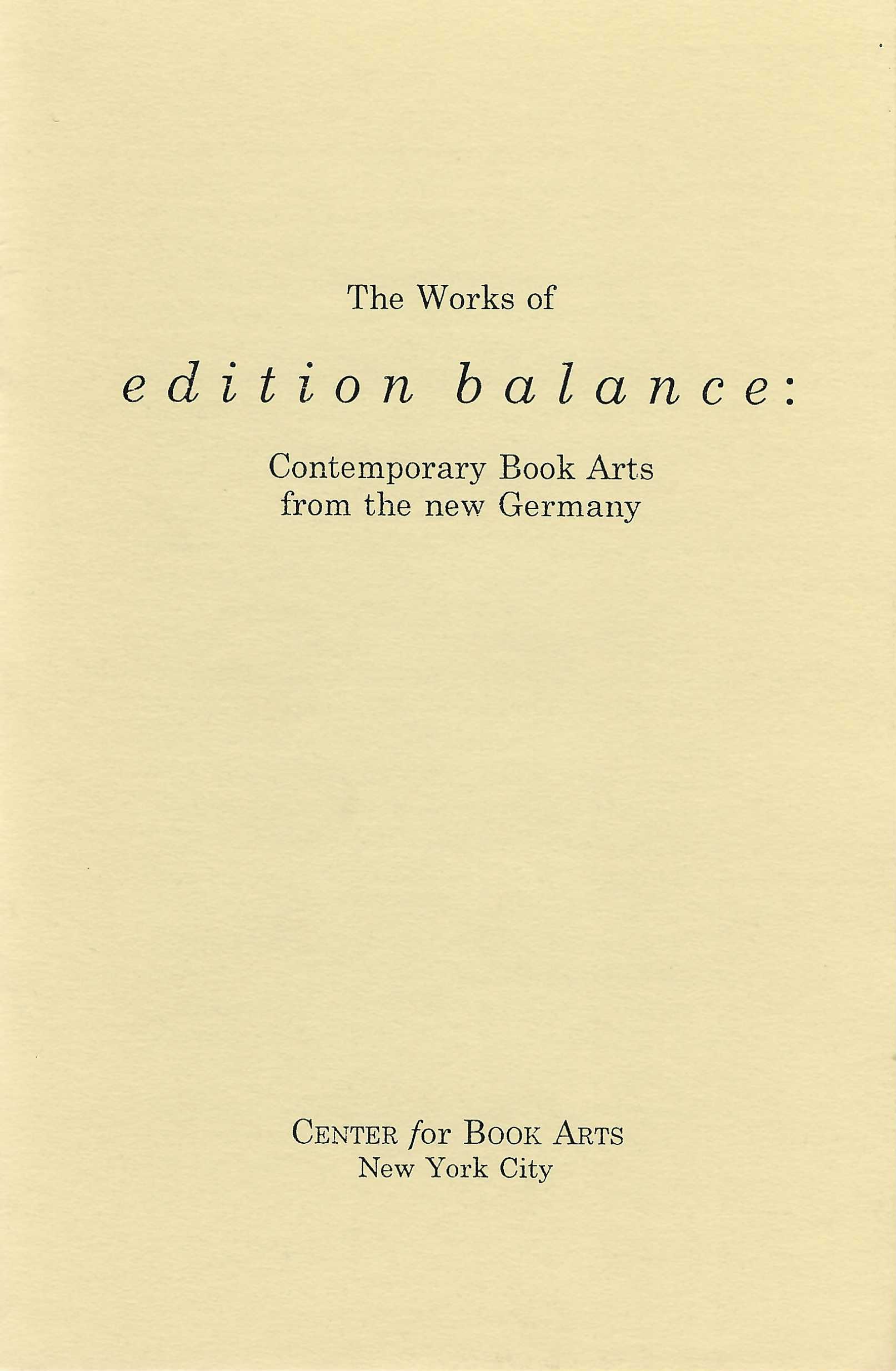 The Works of Edition Balance: Contemporary Book Arts from the New Germany