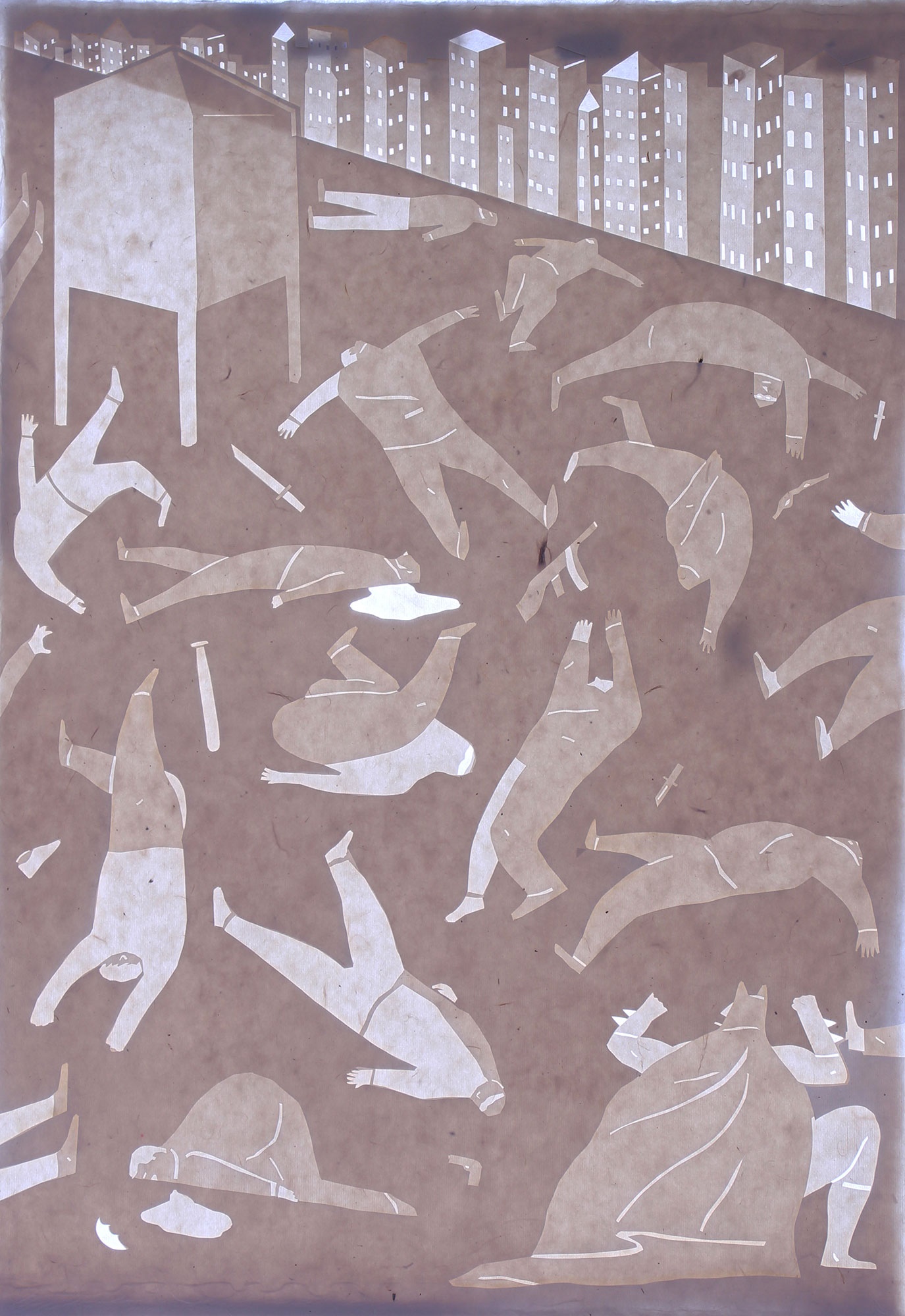 Five New York-based artists, Christine Wong Yap, Cui Fei, Case Jernigan, Nobutaka Aozaki, and Xinran Yuan, will exhibit new art created at the Center during their year-long residency in 2016. During their time at the Center, they received financial and materials support, instruction, space, and equipment to create this new work.

Born in California, Christine Wong Yap was a longtime Oakland, CA resident before relocating to Queens, NY in 2010. She holds a BFA and MFA from the California College of the Arts. Recent exhibitions include group shows at Dorsky Gallery (Long Island City, NY), Kala Art Institute (Berkeley, CA), and Legion (San Francisco). She has participated in residencies at Lower Manhattan Cultural Council (Governor’s Island, NY) and Kala Art Institute (Berkeley, CA), among others.

Cui Fei received her MFA at Indiana University of Pennsylvania, and BFA from the China Academy of Arts. Her work has been exhibited nationally and internationally at venues such as the Queens Museum, Princeton University Art Museum, Jeju Museum of Art, Rietberg Museum Zurich, Museum of East Asian Art in Cologne, among others. She has received fellowships from the Pollock-Krasner Foundation, New York Foundation for the Arts,  Socrates Sculpture Park; participated in AIR program at Art Omi and Light Work.

Nobutaka Aozaki is a New York-based Japanese artist. He completed his MFA at Hunter College in 2012. He has been awarded the Artist Files Grant from A Blade of Grass Foundation, and the Artists’ Fellowship from New York Foundation for the Arts. His work has been recently shown at Brooklyn Museum, Queens Museum, ISCP, Temple Contemporary, and Varmlands Museum. He has participated in the Skowhegan School of Painting and Sculpture, the Queens Museum Studio Program, and AIM program at The Bronx Museum of the Arts. Recent publications include Spike Art Quarterly, New York Times, Huffington Post, ArtAsiaPacific, and Cabinet Magazine.

I was raised by the marsh in Charleston, South Carolina. I spent formative time in Italy and studied painting. My teachers always encouraged me to draw, for which I thank them. I moved to New York in 2010 and began to make large oil paintings. After my post school artistic neuroses subsided, I scaled back and rediscovered my interest in drawing and animation. I make monsters and heroes. My work has been commissioned by the New York Times, The Guardian, Adidas, and Nike to name a few. I live and work in Brooklyn. Case Jernigan

Xinran Yuan (b. 1987, Tianjin, China) is an international artist currently based in Brooklyn, New York. Her work across sculpture, installations, poetry, and video inquires into the environmental and social ecologies centered on the ocean. She holds a Bachelors degree in Visual and Environmental Studies from Harvard University and a Master of Fine Arts degree in Sculpture from the University of Illinois at Urbana-Champaign. Her work has exhibited and published internationally, including the U.S., U.K., China, Iceland, Switzerland, Australia and Austria. Previously she was an artist in residency at the Banff Center, Alberta, Canada; Association of Icelandic Visual Artists, Reykjavík, Iceland; NES Residency, Skagaströnd, Iceland; and I-Park Foundation, East Haddam, CT. She currently manages exhibitions and pyrotechnic public art events for artist Cai Guo-Qiang. Her work can be found on www.xinranyuan.com and vimeo.com/xinranyuan/videos