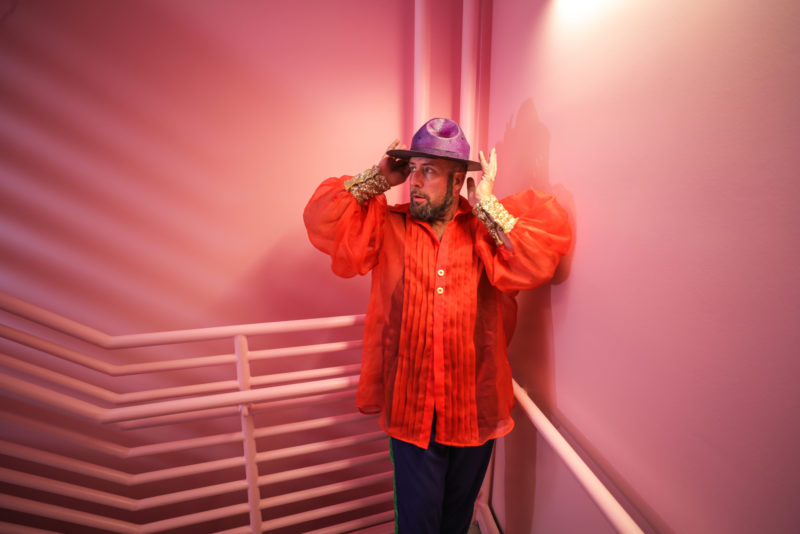 Rory Golden was Executive Director of Center for Book Arts in the early 2000’s. He is a consultant and artist who creates multi-layered figurative work that deals in a clever and sometimes startling way with social issues like racial bigotry, sexuality, love and hate-based violence. A native of Miami Valley, Ohio, Golden holds an MFA in Book Arts from the University of Alabama. He has exhibited his work widely in both solo and group shows at venues such as Spruill Gallery and Eyedrum, both in Atlanta, GA; the Denver International Airport, and the San Francisco and New York Public Libraries. Upcoming exhibits include a group show this coming fall on torture awareness at the John Jay College of Criminal Justice.

He has received fellowships from Yaddo, the Bemis Center, the Blue Mountain Center supported Rory Golden’s past major projects “Your One Black Friend” and “See Related Story: The Murder of J.R. Warren”. Other awards include a research grant from Duke University Libraries Special Collections, a Puffin Foundation Grant, and the Franklin Furnace Fund. 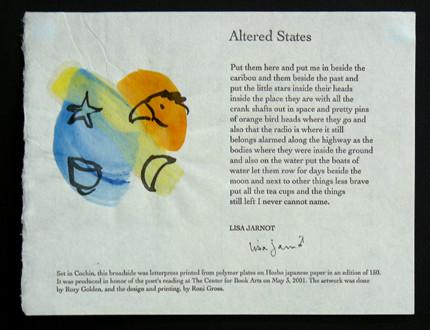 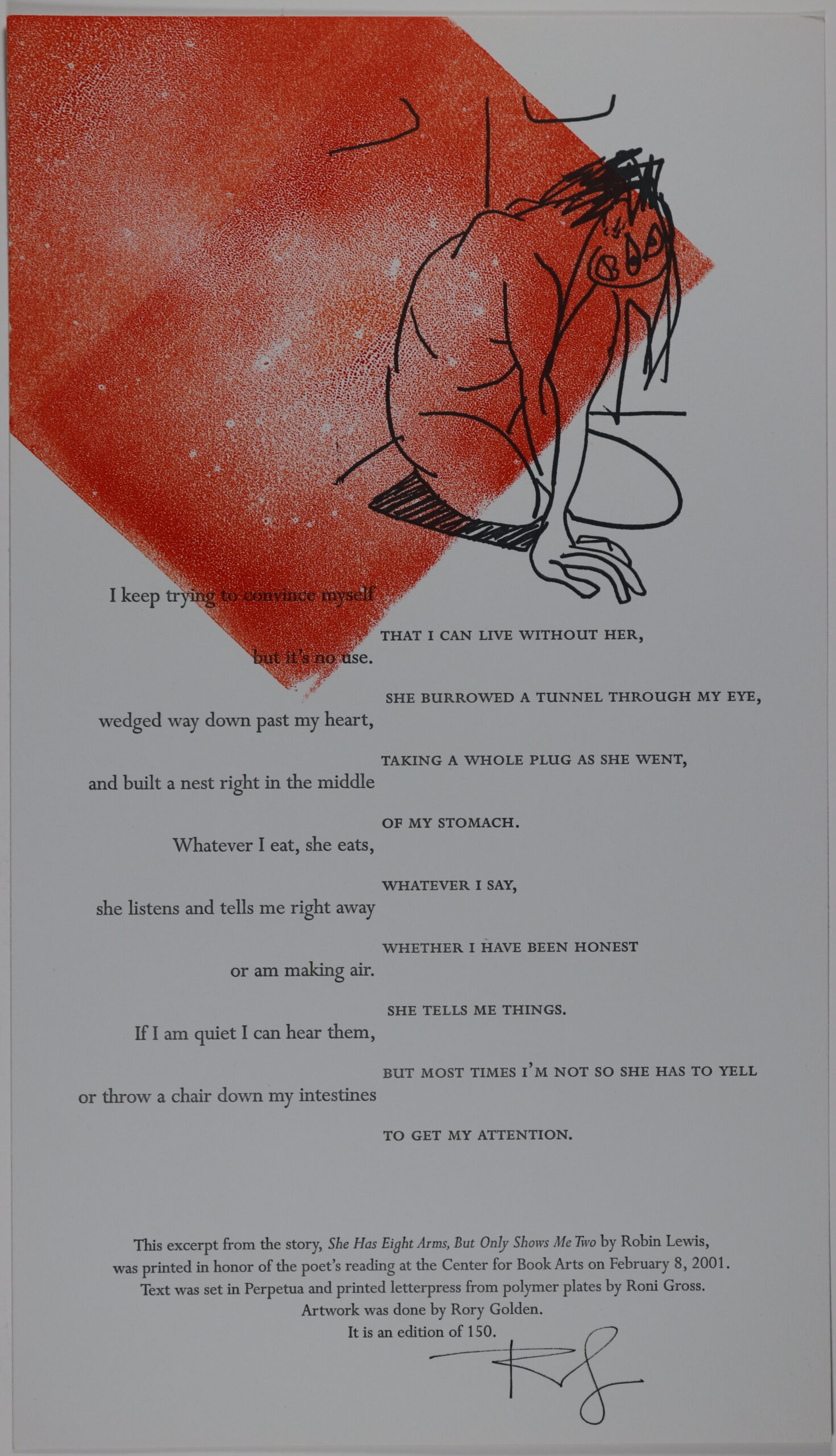 She Has Eight Arms, But Only Shows Me Two 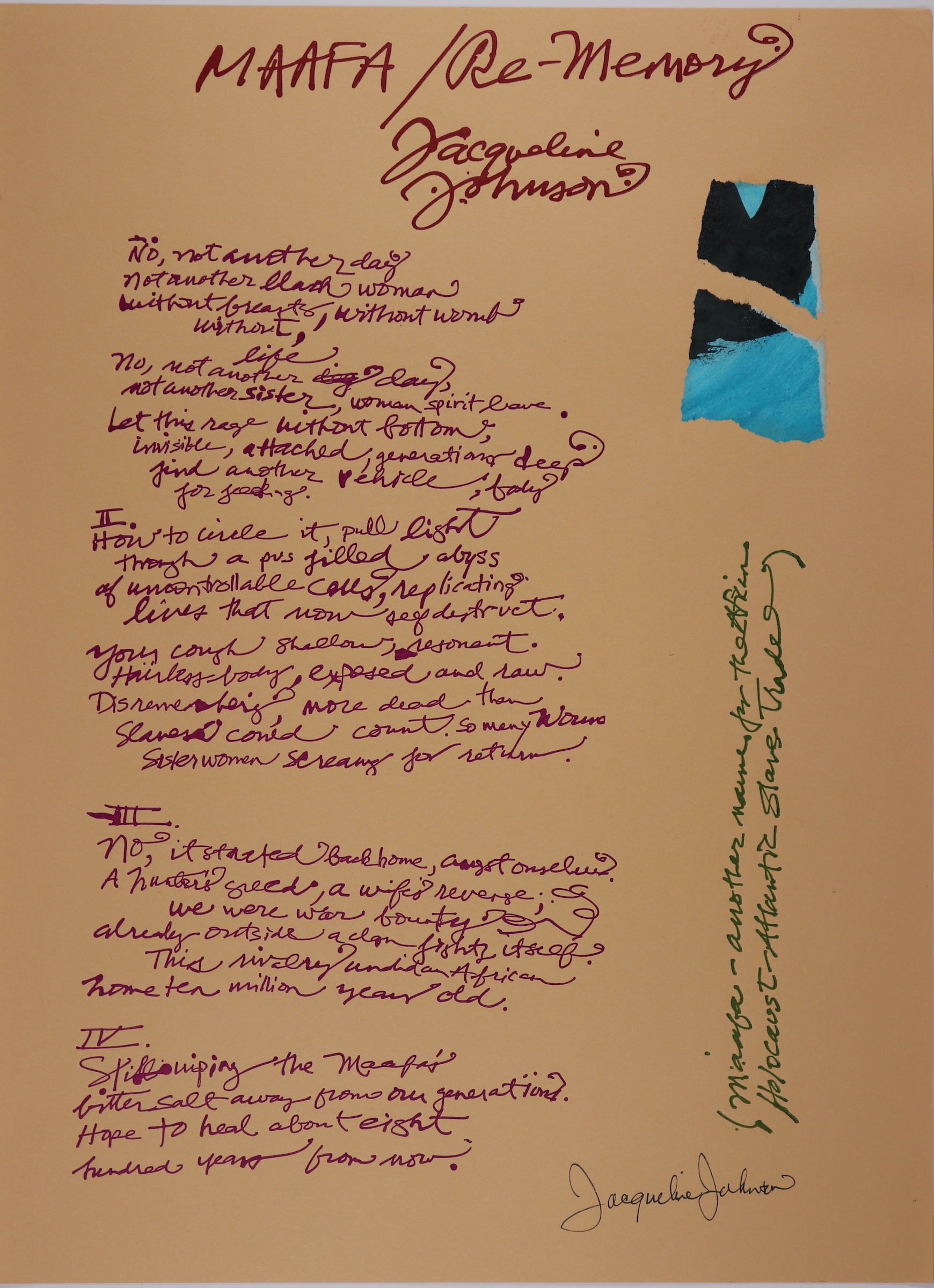