Artist Betsy Stirratt speaks about Veiled Taxonomies, the fractious relationship humans have with the preservation and interpretation of nature. Employing the book as the center of this investigation, she examines how plants, animals, and humans are represented in museums and collections and how they are preserved, classified and displayed. This series takes as its basis photographs taken while visiting natural history and medical museums in Europe and the US. Such curated settings reveal subtle information about the systematic preservation of organic remains: tangibility, placement and labeling matter greatly in these environments.

The combined images of the remains, sometimes intact, sometimes decaying, and the explanations that accompany them hint at questions about our regard for life and how it is shown, interpreted, preserved and valued. In these displays, the context and framework chosen by collectors/curators helps to shape our responses, which can sometimes be emotional, even visceral. These settings can affect not only how we view nature but can shape our relationship to it. Veiled Taxonomies tells a multi-layered story of our curiosity about the natural world but also about our attempts to order it in the face of extreme climate change.

Betsy Stirratt, a native of New Orleans, has exhibited her paintings, books, objects and installations widely since 1983. She has had solo exhibitions at The Mütter Museum, the International Museum of Surgical Science and galleries and museums in Chicago, Nashville and Cincinnati. Her work has been included in group exhibits at the National Museum of Women in the Arts, White Columns and Art in General among many others. She is the recipient of a Visual Artist Fellowships from the National Endowment for the Arts and awards from the Indiana Arts Commission and the American Craft Council. 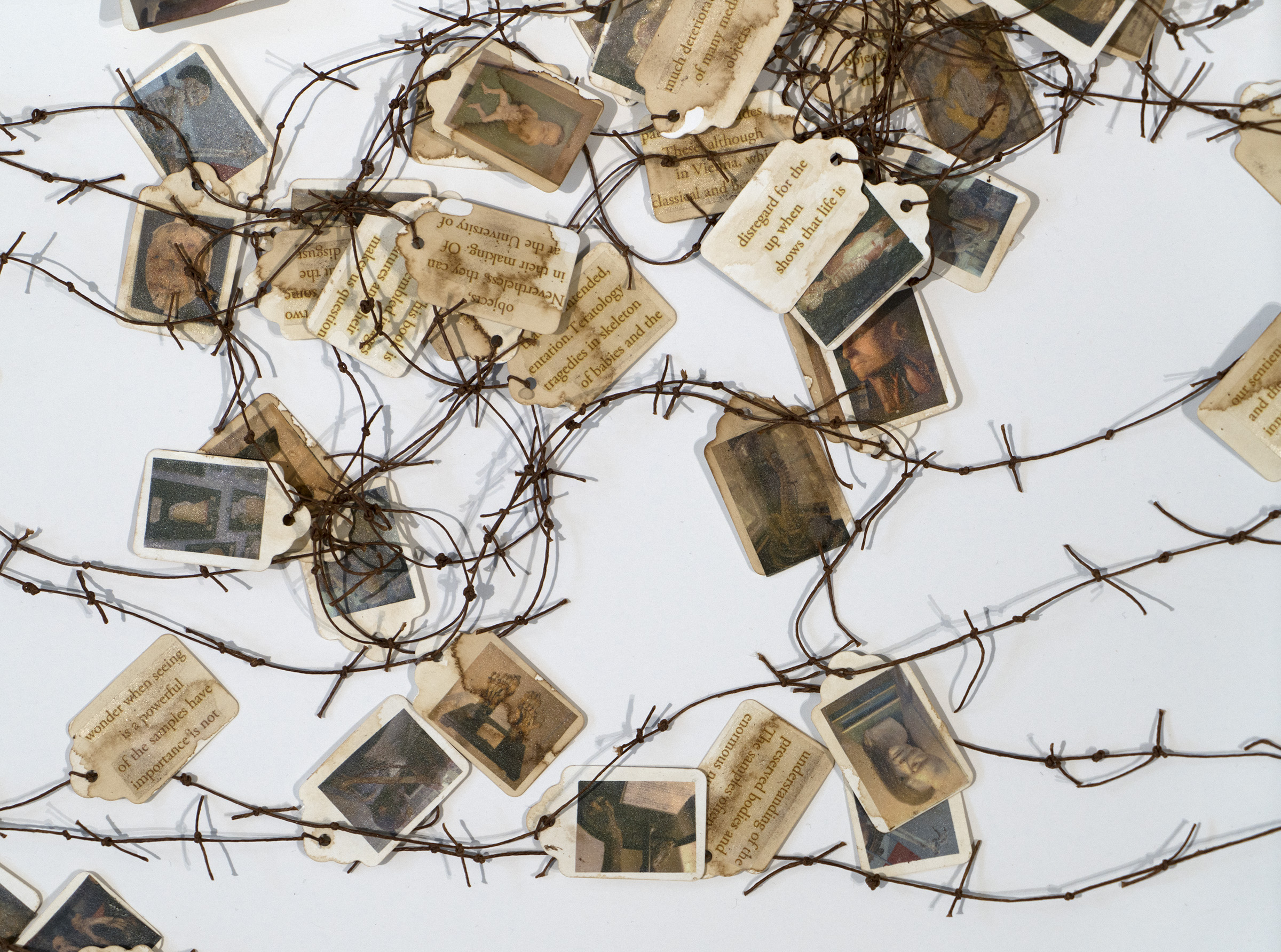