Poet Ann Snodgrass studied at the University of Iowa and the Johns Hopkins University and earned her PhD from the University of Utah. The recipient of a Fulbright Fellowship, she was awarded the Raiziss/de Palchi Book Prize from the Academy of American Poets for her translation of Vittorio Sereni’s poetry as well as the PEN American Center’s Renato Poggioli Translation Award.

Snodgrass is the author of the poetry collection Portal (2001) and Dividing the Signs: Poems (1987). She has also published a volume of criticism, Knowing Noise: The English Poems of Amelia Rosselli (2001), and translations of Luciano Erba’s The Hippopotamus (2003) and Antonella Anedda’s Three Stations (2008).

Formerly a professor at the Emerson College European program in Maastricht, Netherlands, Snodgrass now lives in Cambridge, Massachusetts, and teaches at MIT, the Berklee College of Music, and the Paris Writers Workshop. 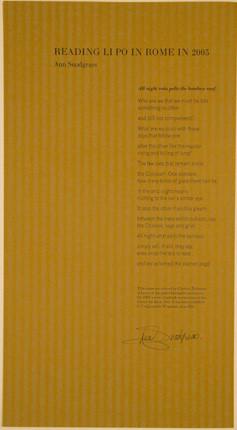 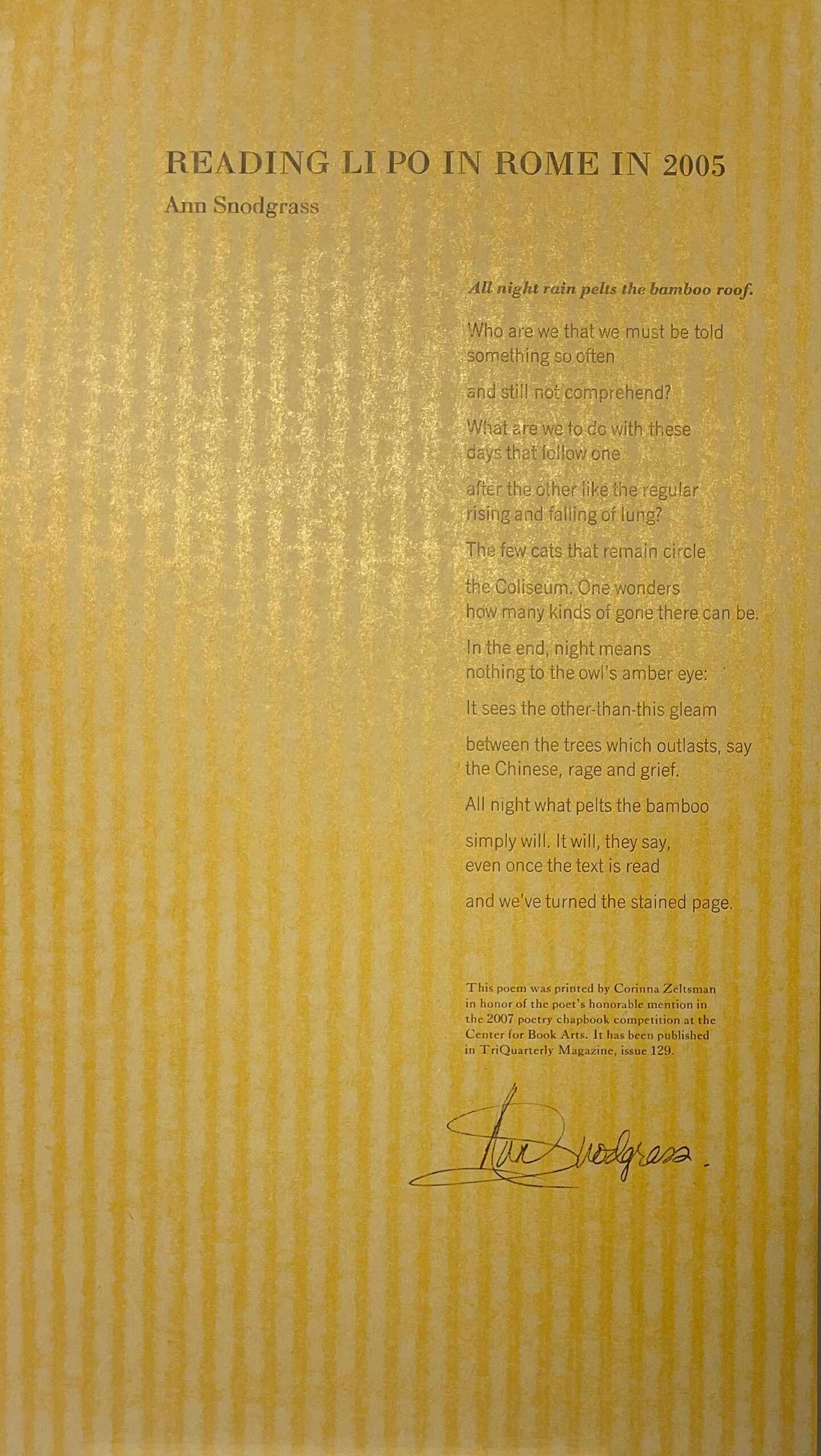