Connor-Bey Miller (1944-2012) was the author of “Thoughts of an Everyday Woman/An Unfinished Urban Folktale,” a collection of prose and poetry and a collection of poetry, “Crossroad of the Serpent.” Her work appeared in “Confirmation: An Anthology of African American women (William Morrow & Co.) edited by Amina and Amiri Baraka, “Working Classics: Poems on Industrial Life” (University of Pittsburgh Press), and Obsidian II: Black Literature in Review (North Carolina State University). Connor-Bey Miller’s material also was used in performances by Black Women in Theatre, the Lincoln Center Performance Ensemble and has been included in the play “her Talking Drum” at the American Place Theatre in New York City.

She was the first Poet Laureate for the Town of Greenburgh, New York from 2006 to 2010 and was the winner of four PEN awards and had residencies and Yaddo and MacDowell. 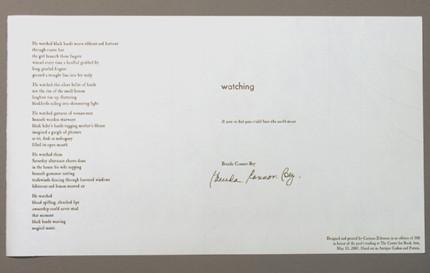 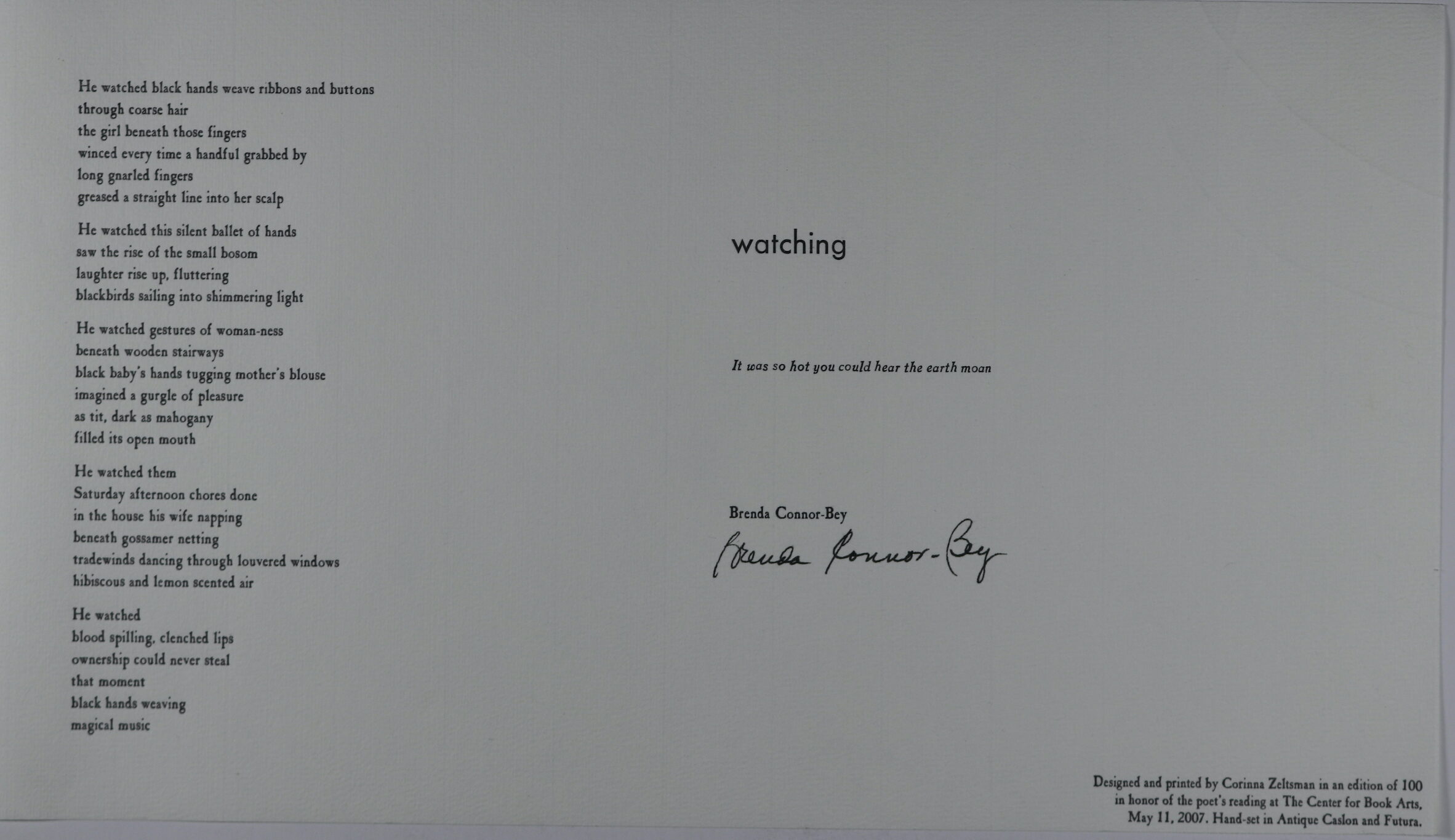