Caroline Knox earned her BA from Radcliffe College and her MA and PhD from the University of Wisconsin–Milwaukee. She is the author of many collections of poetry, including The House Party (1984), To Newfoundland (1989), Sleepers Wake (1994), and A Beaker: New and Selected Poems (2002). More recent work includes He Paves the Road with Iron Bars (2004), which won the Maurice English Award; Quaker Guns (2008), which received a Recommended Reading Award from the Massachusetts Center for the Book; Nine Worthies (2010); and Flemish (2013). Knox’s work has appeared widely in publications such as the Boston Review, the Paris Review, Ploughshares, and Poetry, and her poems were included in The Norton Anthology of Postmodern American Poetry, Second Edition (2013).

Knox’s honors and awards include the Bess Hokin Prize and fellowships from the National Endowment for the Arts, the Ingram Merrill Foundation, the Massachusetts Cultural Council, the Fund for Poetry, and the Yale/Mellon Visiting Faculty Program. She was a Visiting Fellow at Harvard and currently lives in Massachusetts. 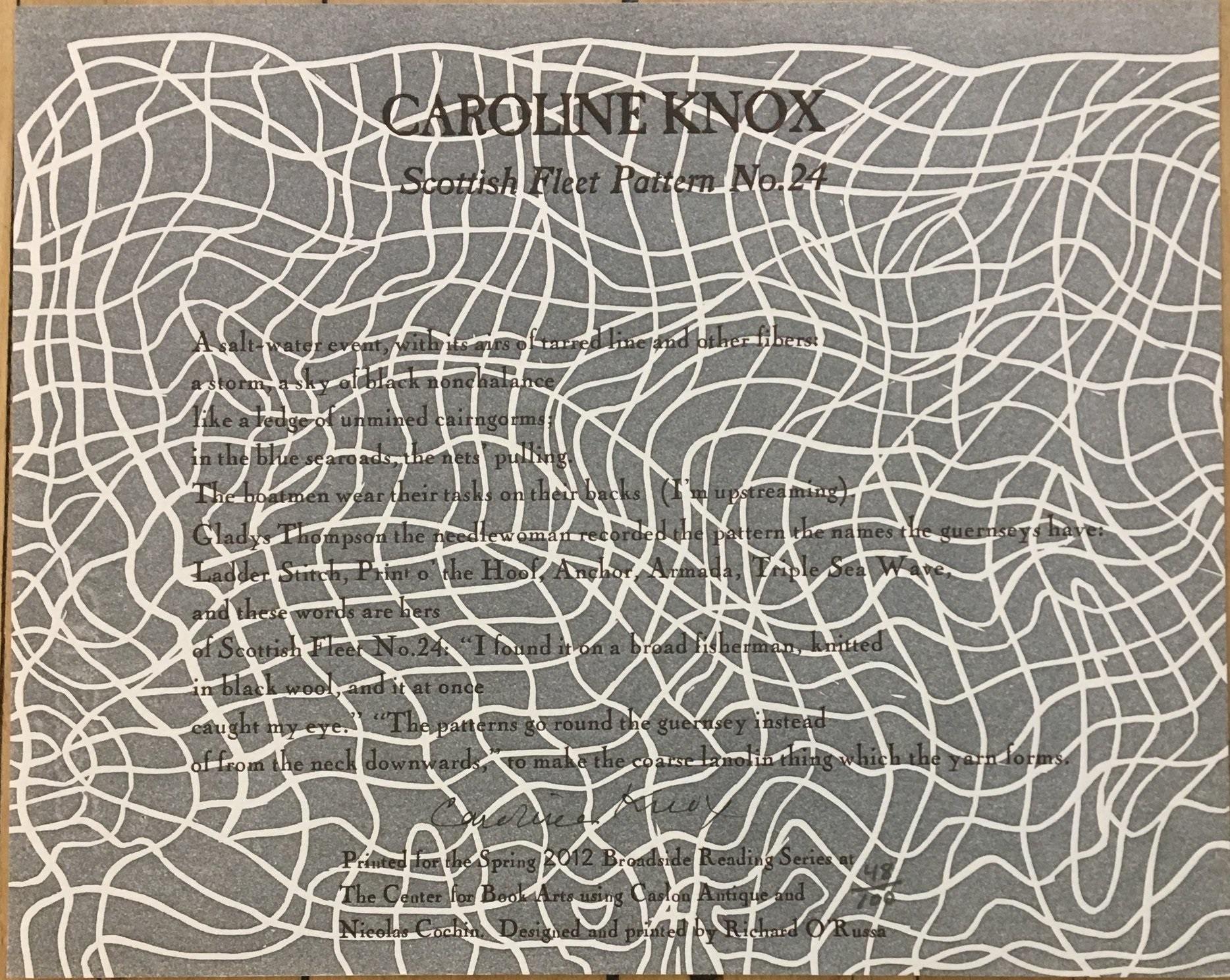