Dean Kostos’s collections include This Is Not a Skyscraper (recipient of the 2013 Benjamin Saltman Poetry Award, selected by Mark Doty), Rivering, Last Supper of the Senses, The Sentence That Ends with a Comma, and Celestial Rust. He co-edited Mama’s Boy: Gay Men Write about Their Mothers and edited Pomegranate Seeds: An Anthology of Greek-American Poetry (its debut reading was held at the United Nations).

His libretto, Dialogue: Angel of Peace, Angel of War, was set to music by James Bassi and performed by Voices of Ascension. Kostos’s literary criticism has appeared on the Harvard University Press website and Talisman. A multiple Pushcart-Prize nominee and a finalist for the Gival and Jot Speak (UK) awards, he has taught at Wesleyan, The Gallatin School of New York University, and The City University of New York. His poem “Subway Silk” was translated into a film and screened in Tribeca and at San Francisco’s IndieFest. Recipient of The Rockefeller Foundation’s Cultural Innovation Grant, he compiled, edited, and translated poems from Ancient, Byzantine, and Modern Greek. He  presented his paper—“Schemes and Schemata: Endless Play”—and read his poems at the Mahindra Humanities Center of Harvard University. 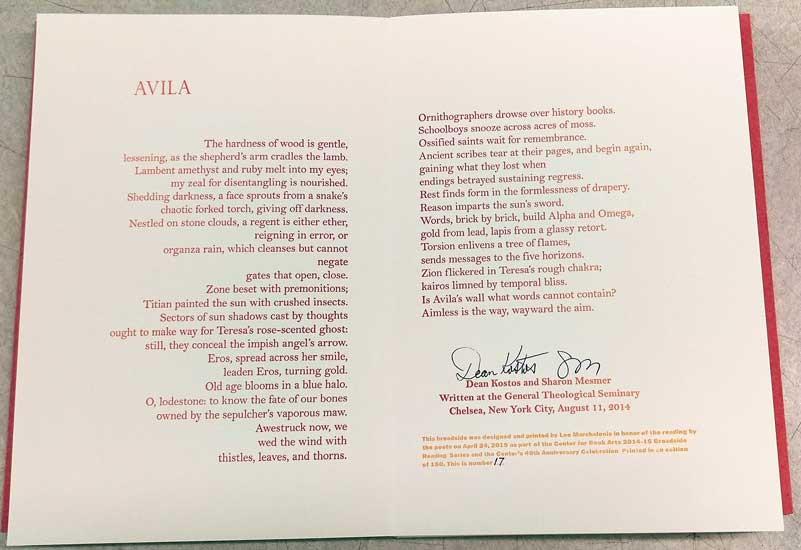