Karen Garthe’s poetry has been published in Chicago Review, Denver Quarterly, Court Green, Fence, VOLT, American Letters & Commentary, CHAIN, POOL, Ellipsis, Torque, Cannibal, etc. It’s forthcoming in the Best of Fence and in the debut issue of Lana Turner, and her poem “The Porticos of Toulouse,” which appeared in New American Writing, will be featured in the 2006-2007 volume of Green Integer’s Gertrude Stein Awards in Innovative Poetry in English. Her first book “Frayed escort” won the 2005 Colorado prize.

Garthe moved to New York City from Baltimore in 1968 to study at American Ballet Theatre School. In the early ’70’s, she lived in Charlottesville, VA, where she co-founded the Experimental University and wrote for an alternative newspaper. She also taught at the local dance academy and performed in local ballet and dinner theaters before returning to Manhattan to study with Merce Cunningham. In the late 70’s Garthe worked in the music industry for The Wartoke Concern, managing Patti Smith, John Cale and Television. She managed the music room upstairs at Max’s Kansas City and the Other End, a cabaret on Bleecker Street in the Village. In the ’80s Garthe worked in the Special Projects Division of Doubleday and Co., before joining the Barthold Fles Literary Agency. She founded her own literary agency, Greenwich Mean Time, but then decided to focus on her own writing. In NYC, Garthe has worked in the music industry, publishing, social services, health care, government, heritage preservation, and the visual and performing arts. She currently works in the administration of a private school.

In a Chicago Review essay titled “The Predicament of Modern Poetry (The Lyric at the Pinch-Gate)” Cal Bedient writes: Garthe’s lines sound fundamentally strange and foreign, partly for the reason that she, too, slips and leaps about with a William Jamesian certainty that “experience remolds us every moment,” that to follow a straight line and not zig zag is to do violence to the continual infiltration of otherness in our experience, violence to the rule of serial nonidentity. 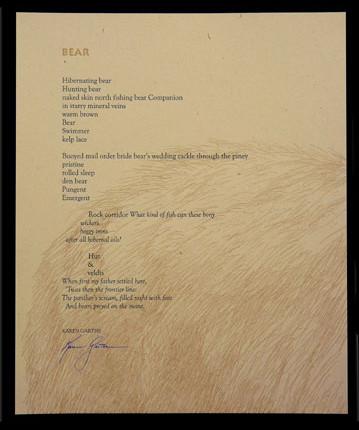 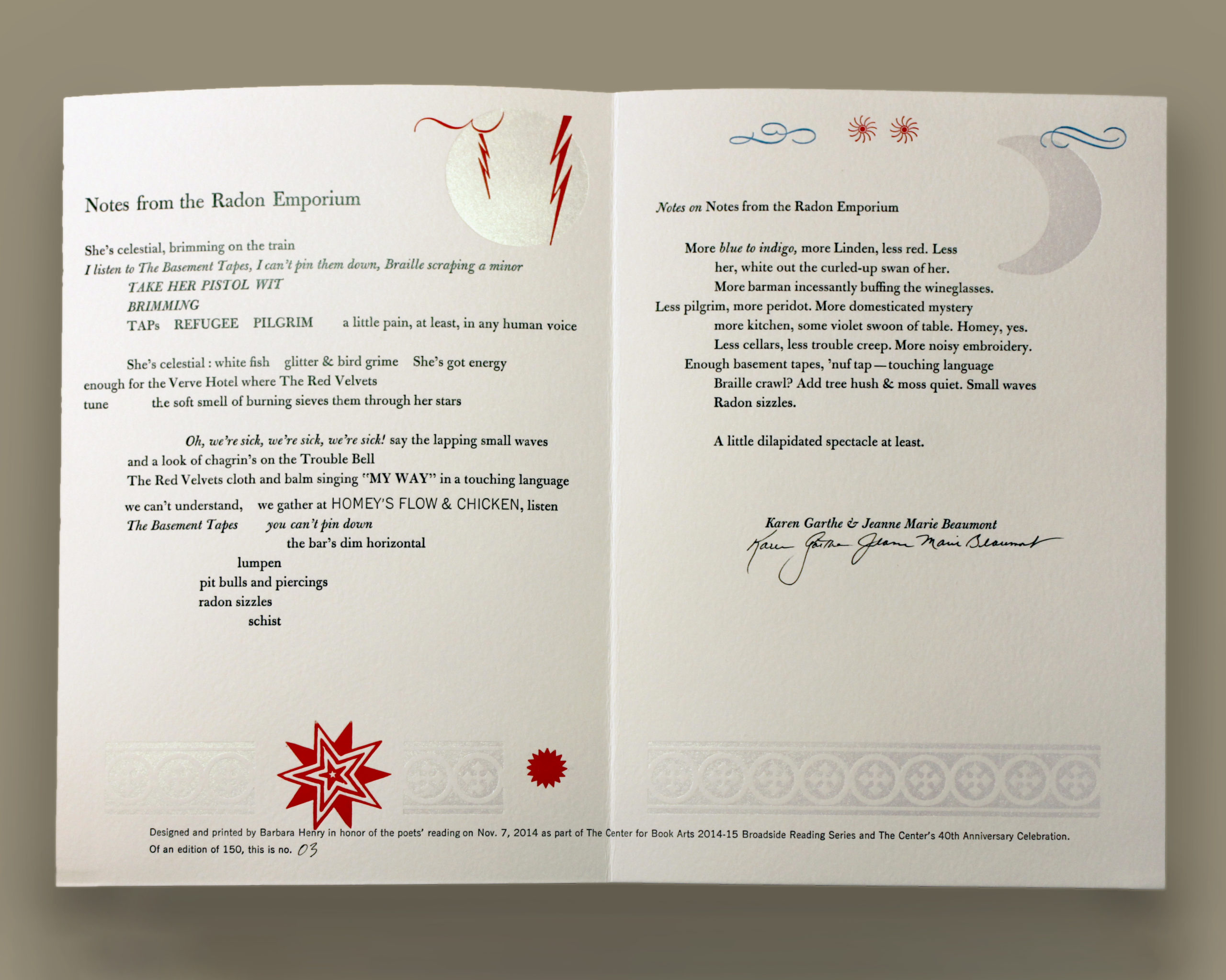 Notes from the Radon Emporium