Prizewinning poet, translator, and editor Peter Covino is associate professor of English and Creative Writing at the University of Rhode Island. After a ten-year career as a professional social worker (MS Columbia School of Social Work) in the fields of foster care and AIDS services in NYC, Peter earned a PhD in English and Creative Writing from the University of Utah. Peter was born in Sturno, Italy and immigrated to America as a child; his early influences include the work of Giorgio Bassani with whom he studied, among others. He is the author of the poetry collections, The Right Place to Jump (2012); and Cut Off the Ears of Winter (2005) both from W. Michigan University Press, New Issues. His prizes include a FY 2019 National Endowment for the Arts Translation Fellowship; the PEN American/Osterweil Award; the Paterson Poetry Prize for Literary Excellence; and the Frank O’Hara Prize for his first chapbook, Straight Boyfriend (2001).

Covino also received recent fellowship grants and residencies from the Richmond American International University of London, the Nida Translation Institute, and the American Academy in Rome, among others. His poems have appeared widely in America and Italy in such publications as the Academy of American Poets’ Poem-a day, American Poetry Review, Atelier,Cincinnati Review, Colorado Review, Gulf Coast, Hayden’s Ferry Review, Journal of Italian Translation, Leggendaria, The Paris Review, tutteStorie, The Yale Review and The Penguin Anthology of Italian-American Writing, among others. He is one of the founding editors of Barrow Street Press Inc. (1998) that under his direction, with the support of the URI English Department has published forty-two poetry books with ten more under contract or in production. Peter is also the Poetry Editor of VIA: Voices in Italian Americana. 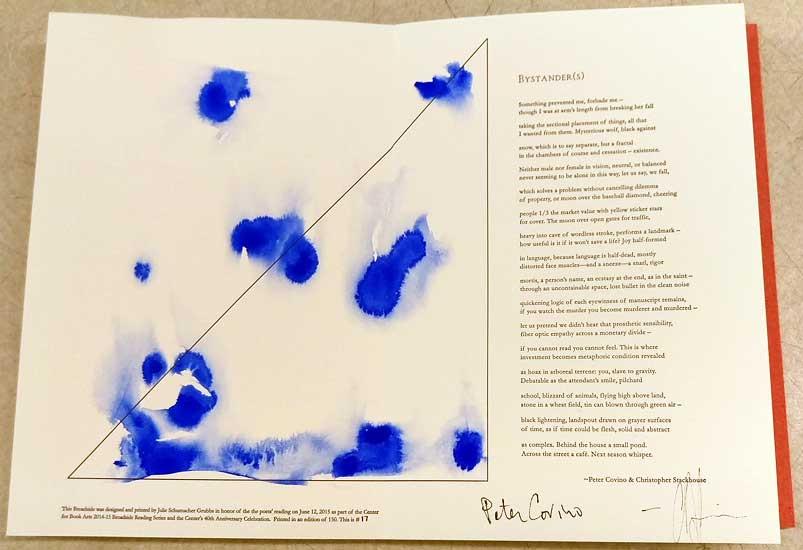 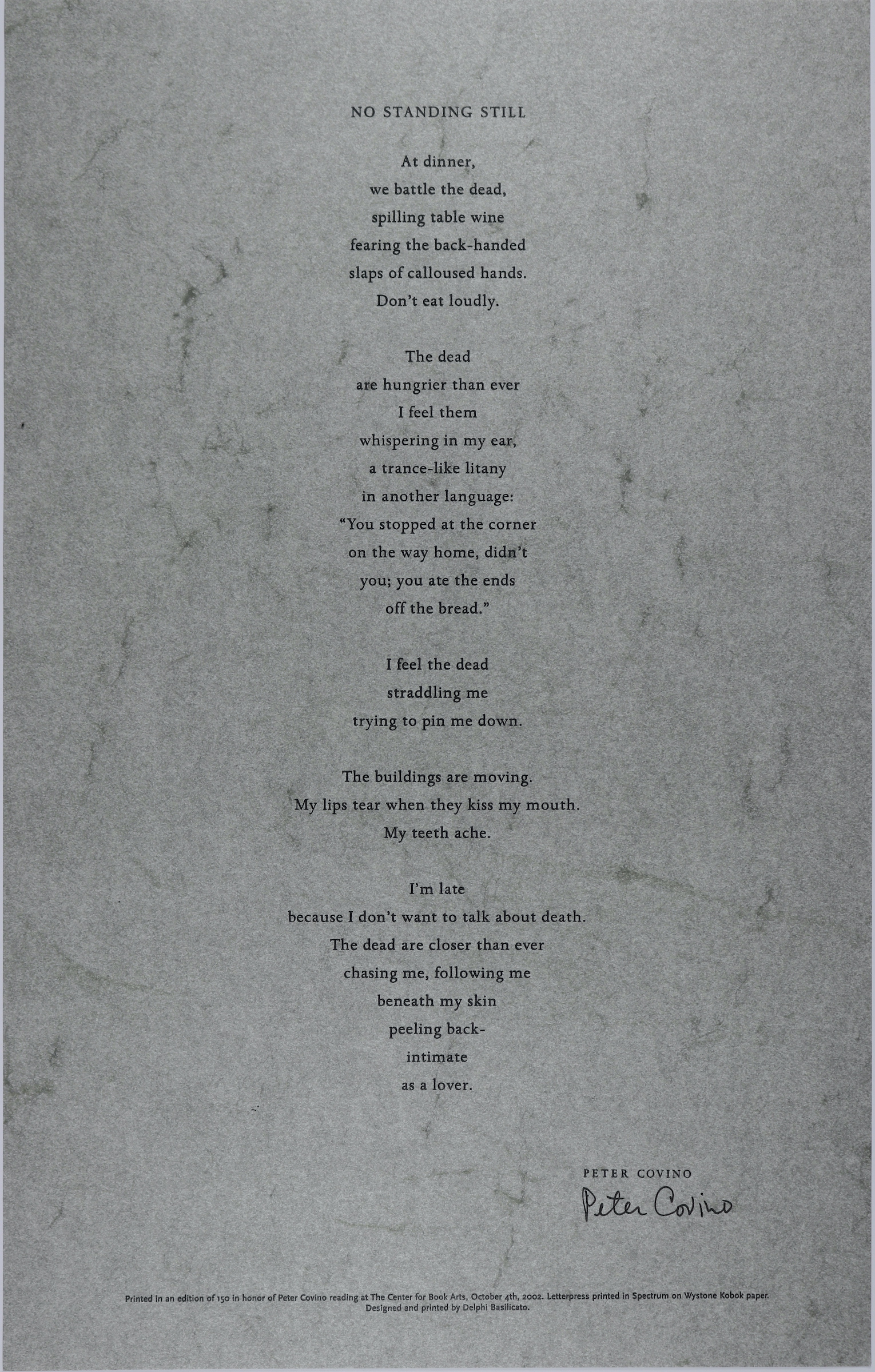