Originally from San Diego, California, experimental poet, dialogist, essayist, and labor-environmental activist, Rodrigo Toscano’s poetic works range from constructivist lyricism to polyvocalism to intra-genre writing involving cut-up forms of conversation coupled to physical movement. Throughout all of his work, there is an interrogative momentum that crosses borders: the border between poetic and political action, between the made thing and its making, between speech and theater, between languages, between social change and its provocation. In a 2005 interview with poet Leonard Schwartz for Jacket magazine, Toscano stated, “One of the things that you can do in culture, and specifically poetic discourse, is bring what’s allegedly high philosophic discourse to bump up against the demotic, or everyday kind of speech. … If you bring heterogeneous elements into your poetry, you have a better chance at shooting the gaps of where you would want to liberate yourself.” In a 2007 review of Collapsible Poetics Theater for Sustainable Aircraft, J. Gordon Faylor notes that the work “induces territories of dissent and identity, both of and beyond the stage; it suggests an ever-shifting set of our own subjectivities and those of the people (and objects) around us.”

Toscano is the author of 11 collections of poetry, including Partisans (1999), The Disparities (2002), Platform (2003), To Levelling Swerve (2004), Collapsible Poetics Theater (2008), which was chosen for the National Poetry Series, Deck of Deeds (2012), and Explosion Rocks Springfield (2017), In Range (2019), The Charm & The Dread (2022). Hist Collapsible Poetics Theater project (2004-2010) was a traveling “test of poetry,” for which Toscano served as artistic director and writer for volunteer performances engaging the intersection of poetry and theater. His plays and body-movement poems have been performed at the Disney Redcat Theater in Los Angeles, Links Hall in Chicago, Ontological-Hysteric Poet’s Theater Festival, and elsewhere.

Toscano’s work has been included in the anthologies Angels of the Americlypse (2014), Against Expression (2011), Diasporic Avant-Gardes (2011), Poetic Voices Without Borders (2009), Best American Poetry (2004), Dialectical Imaginaries (2018), BestAmerican Experimental Poetry (2014), The Best of Fence Magazine (2009), The Criminal’s Cabinet: An Anthology of Poetry and Fiction (2004), among many others. His work has been translated into seven different languages, and his radio pieces have aired on stations across the country. He was the recipient of a New York State Fellowship in Poetry. He won the Edward Markham Prize for Poetry in 2019.

Toscano works for the Labor Institute in conjunction with the United Steelworkers, the National Institute for Environmental Health Science, Communication Workers of America, and National Day Laborers Organizing Network, working on educational and training projects that involve environmental and labor justice, health and safety culture transformation, and immigrant worker rights. He lives in New Orleans. 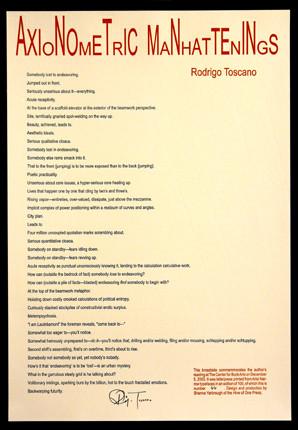 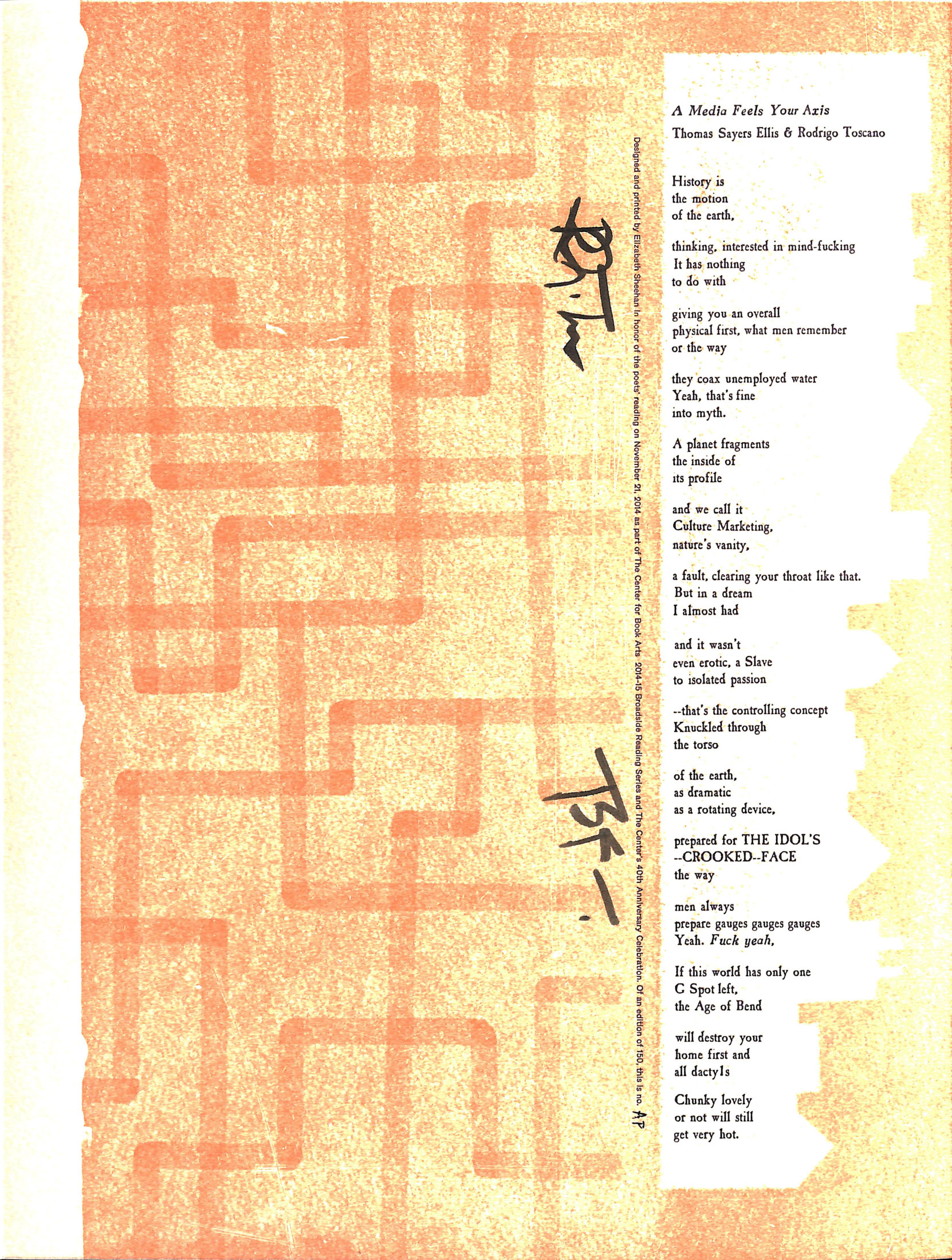 A Media Feels Your Axis