Dominican Boricua Nuyorican poet and artist Sandra Maria Esteves was born and raised in the Bronx. A founding member of the Nuyorican poetry movement, she writes poems engaged with themes of social justice, environmentalism, and personal transformation. She is the author of numerous collections of poetry, including Portal (2007), Undelivered Love Poems (1997), and Yerba Buena (1981), and has recorded the spoken-poetry audio CDs DivaNations (2010) and Wildflowers (2009).

Esteves’ work has also appeared in numerous anthologies, including Breaking Ground, An Anthology of Puerto Rican Women Writers in New York 1980-2012 (2012, edited by Myrna Nieves), The Afro-Latin Reader, History and Culture in the United States (2010, edited by Miriam Jiménez and Juan Flores), and Aloud: Voices from the Nuyorican Poets Café (1994, edited by Miguel Algarín and Bob Holman).

Her honors include awards from the National Endowment for the Arts, the New York Foundation for the Arts, the Bronx Council on the Arts, Acentos Poetry Collective, and Blind Beggar Press. Esteves has served as the executive director of the African Caribbean Poetry Theater and has shared her work at the Smithsonian Museum of the American Indian and the Kennedy Center. She lives in New York City. 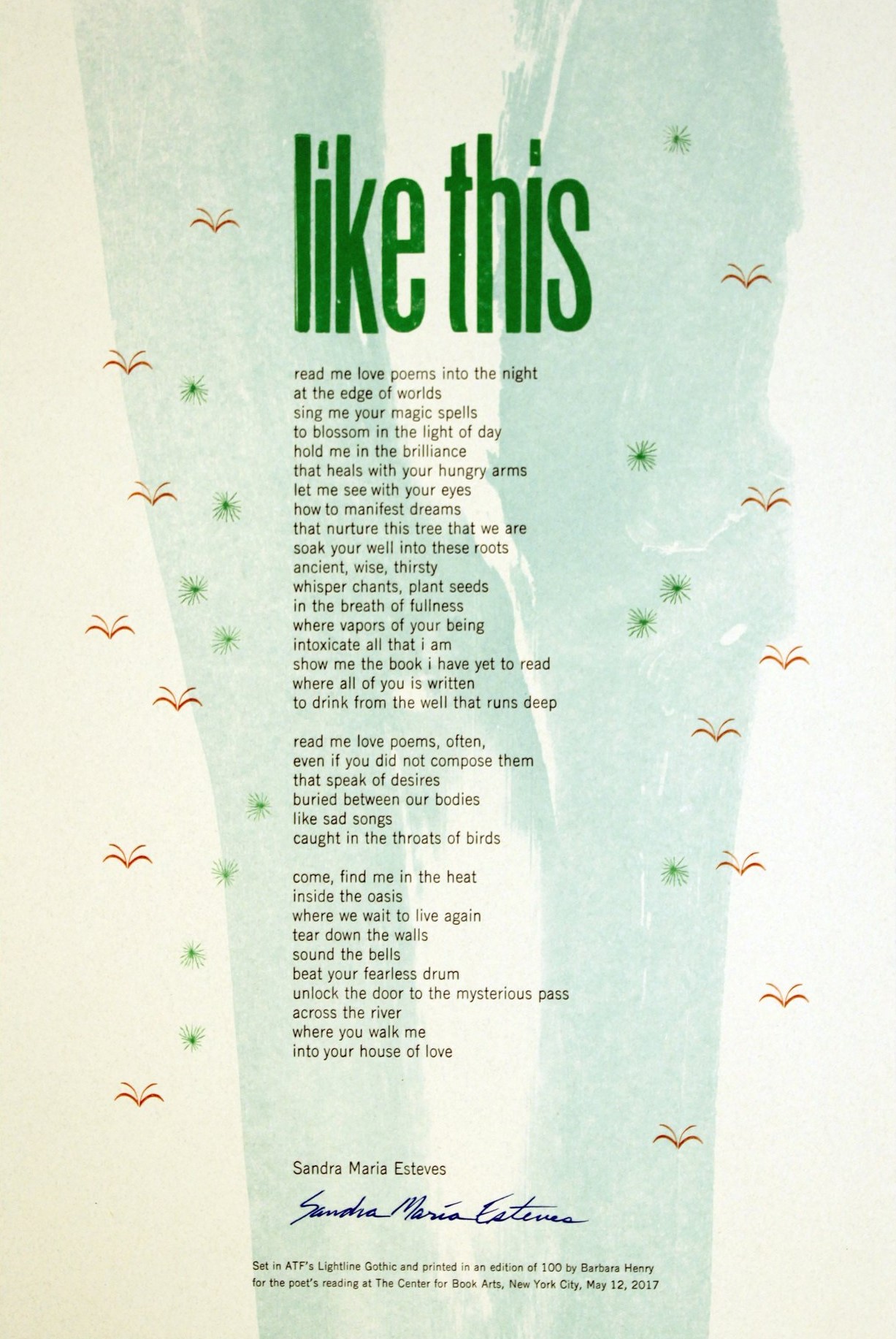