Korean American poet Sueyeun Juliette Lee grew up in Virginia and was raised by immigrant Korean orphans and war survivors. She earned a BA in English and MA in Teaching from the University of Virginia, an MFA in Poetry with and an Advanced Feminist Studies Certificate from the University of Massachusetts–Amherst. Lee’s books include That Gorgeous Feeling (2008), Underground National (2010), Solar Maximum (2015), and No Comet, That Serpent in the Sky Means Noise (2017), and Aerial Concave Without Cloud (forthcoming 2022).

Her writing focuses on birthright, homeland, and identity. In an interview for Entropy magazine, Lee said, “To write and read a poem is to potentially shake loose the drapes over the machinery, to assist in sensitizing new reading and mindfulness habits that can allow us to see otherwise or through. … Those who take on poetry as their primary means for engaging the world are choosing to take on this central conundrum of sign, affect, and perception that shapes the consensual reality we inhabit.”

Lee has held fellowships with the Pew Center for Arts & Heritage, Kunstnarhuset Messen, Hafnarborg, and the UCross Foundation. In 2006, she founded Corollary Press, which publishes chapbooks of multi-ethnic writing. Her work has appeared in the Constant Critic, Jacket2, EOAGH, and elsewhere. She occasionally teaches workshops at the Lighthouse Writers Workshop. She works as a program director at Chinook Fund and lives in Denver, Colorado. 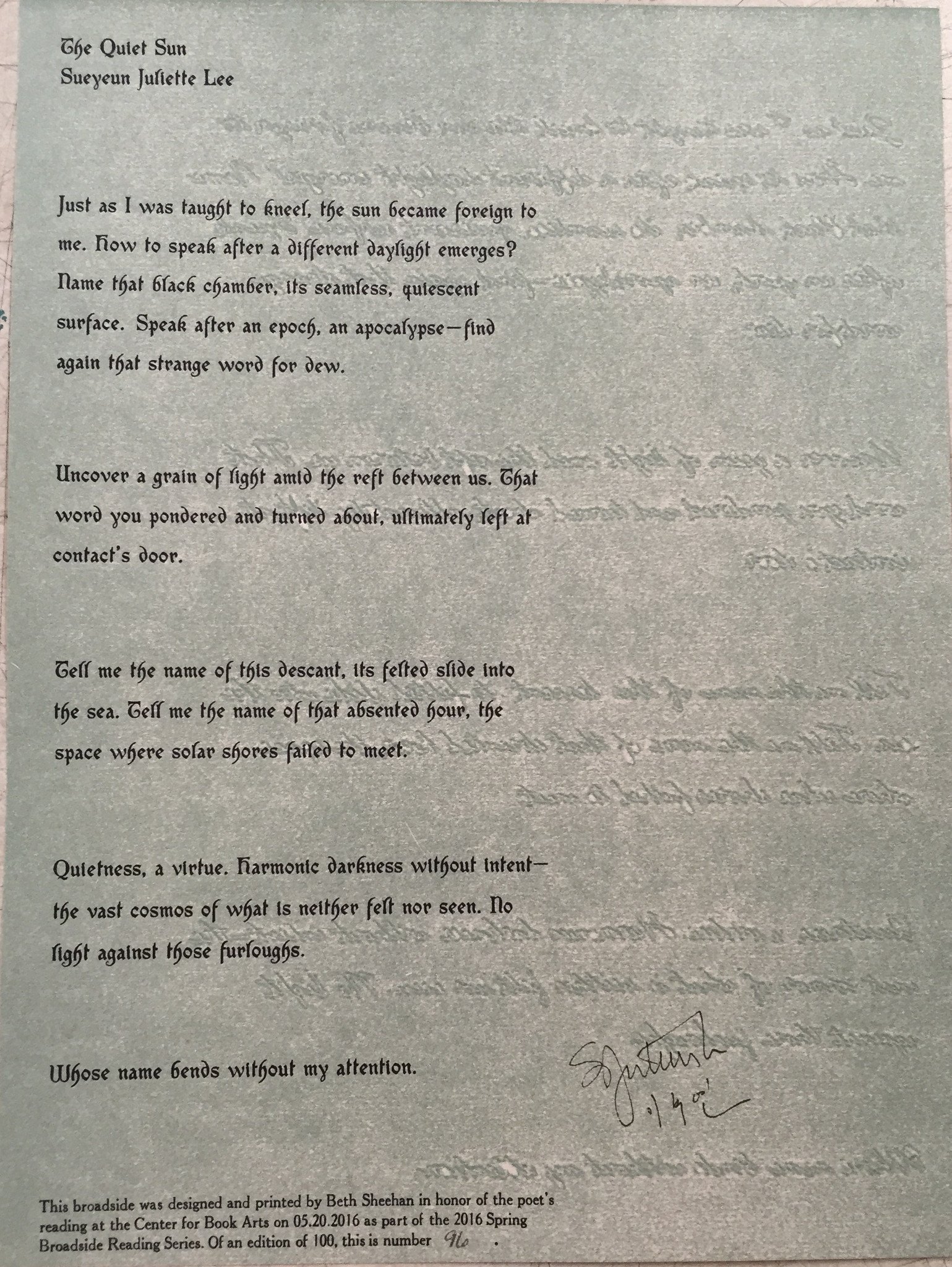