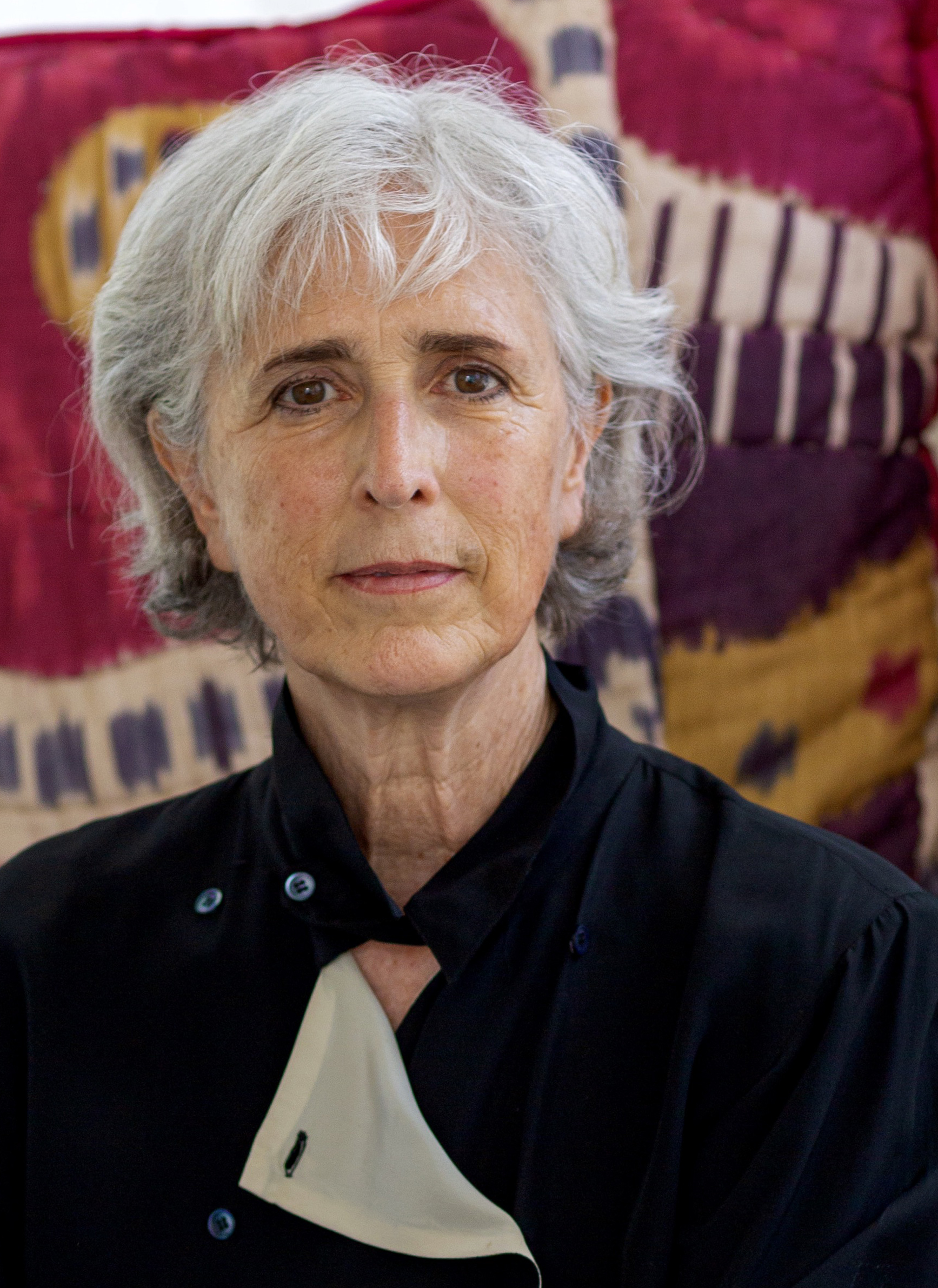 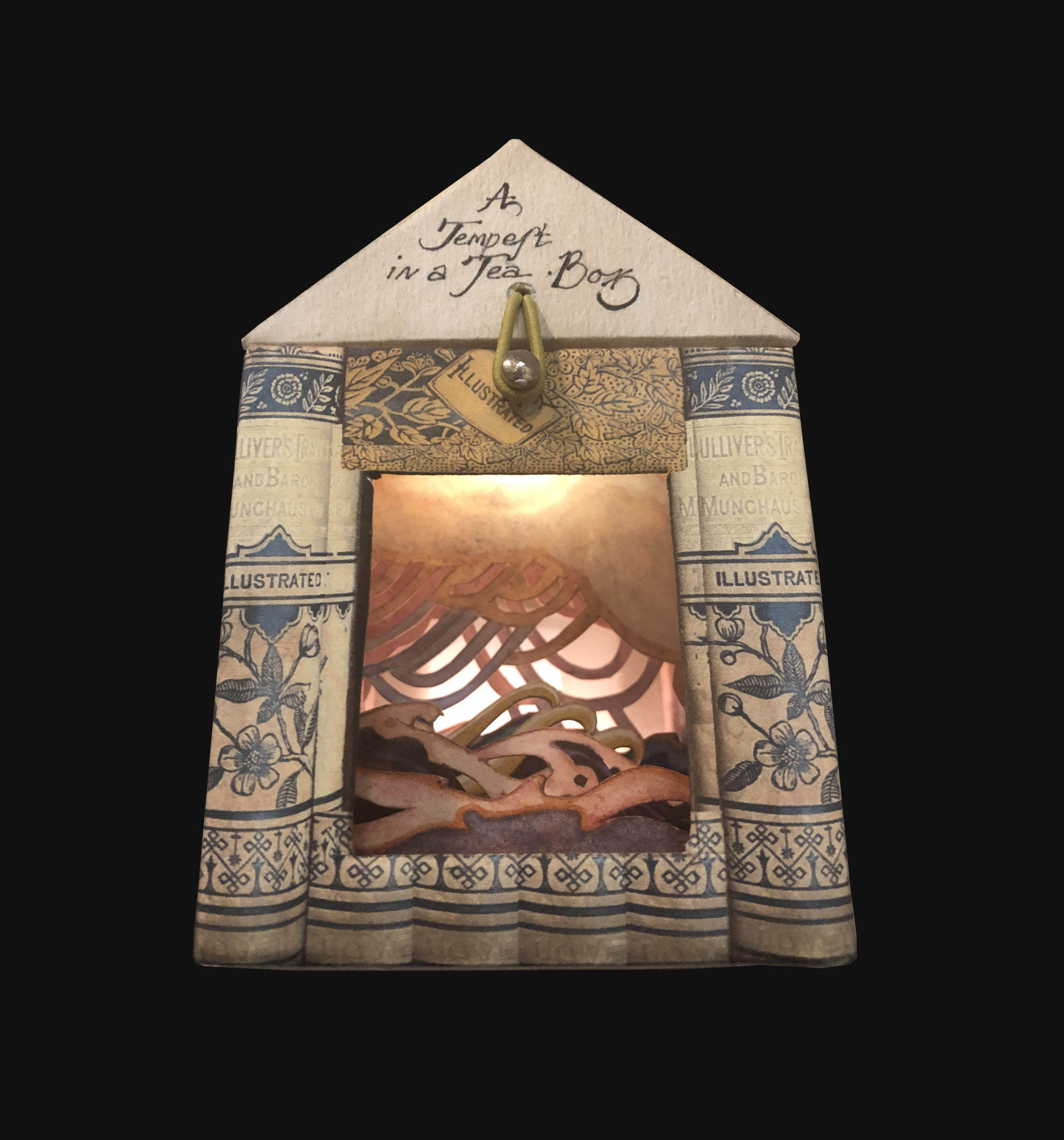 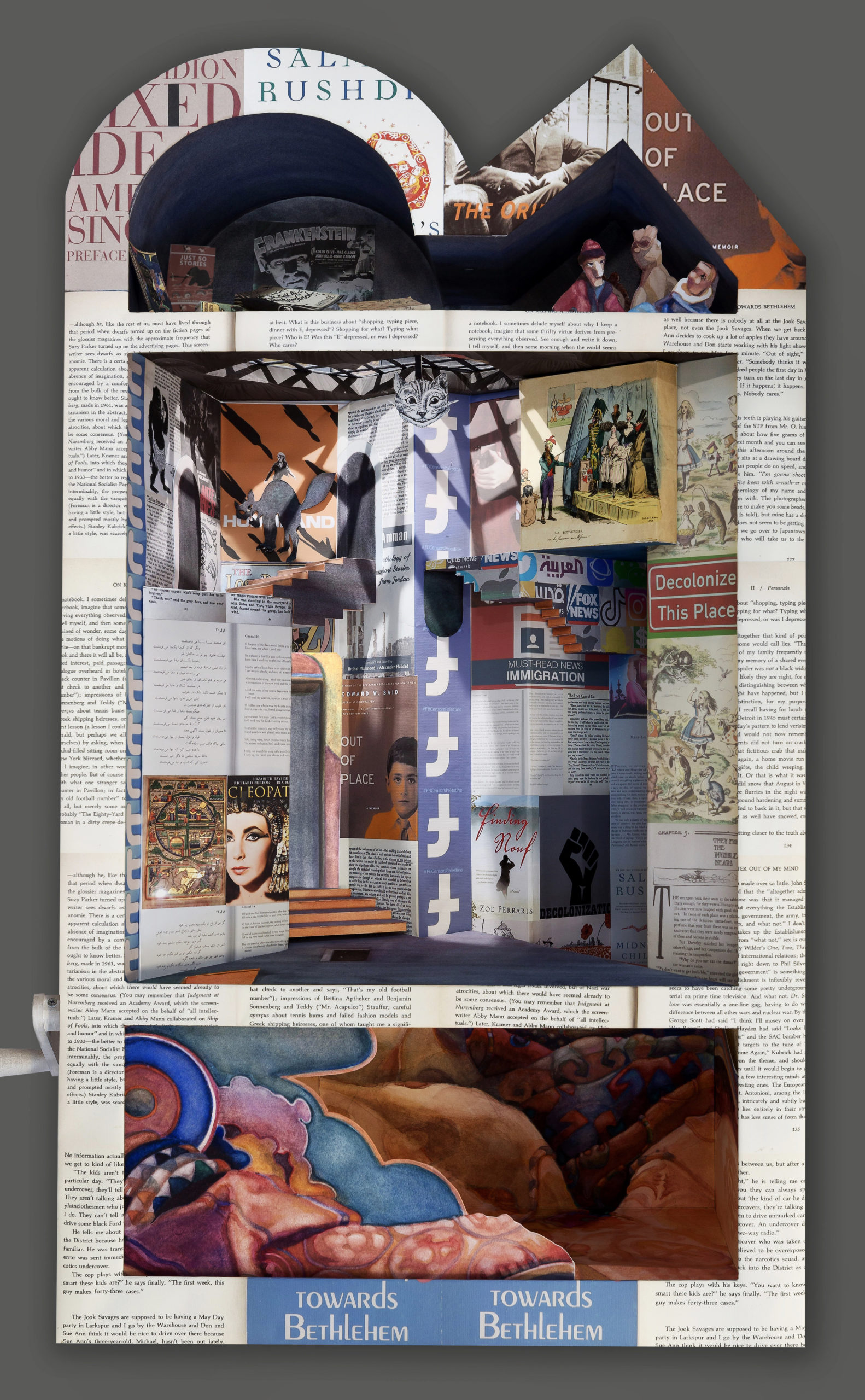 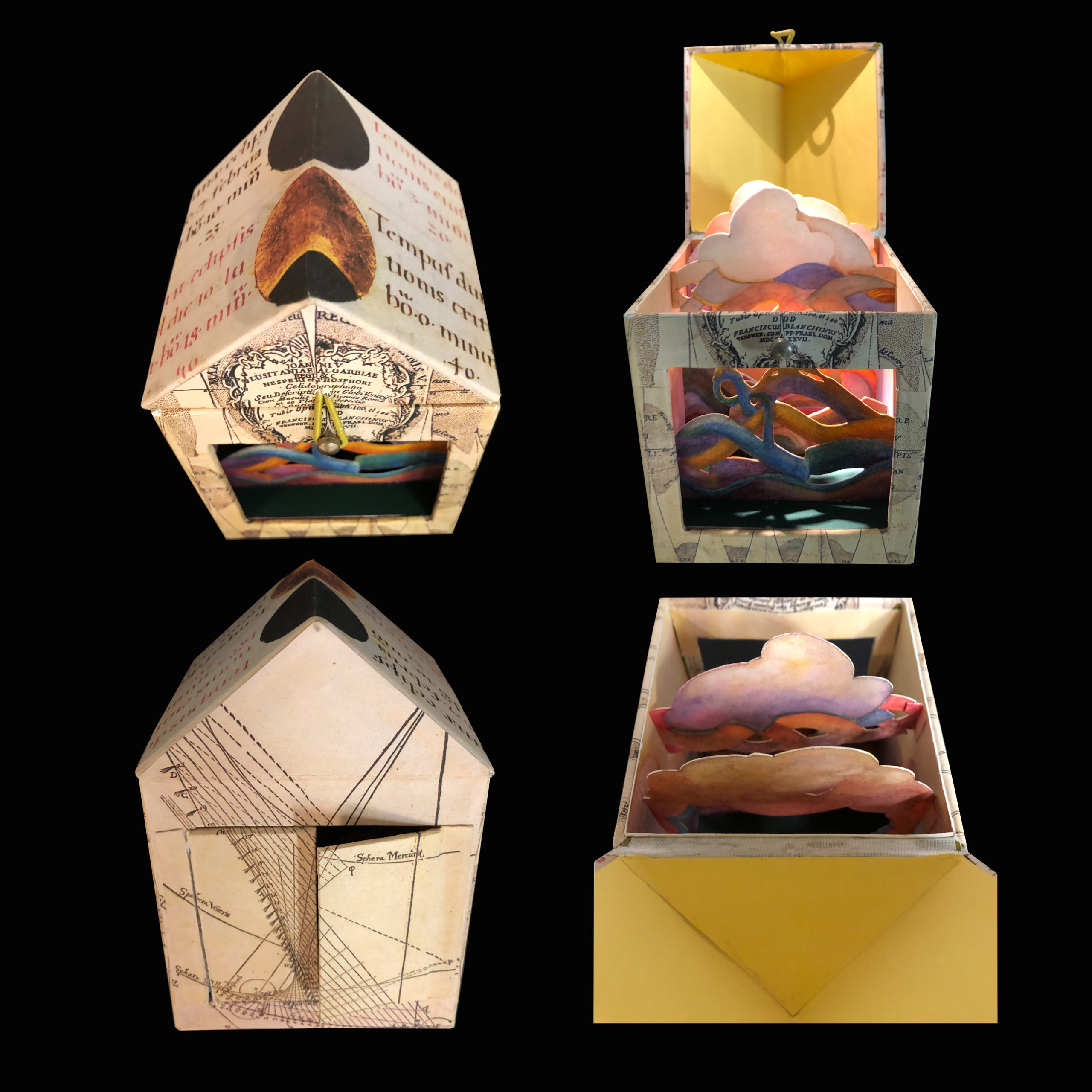 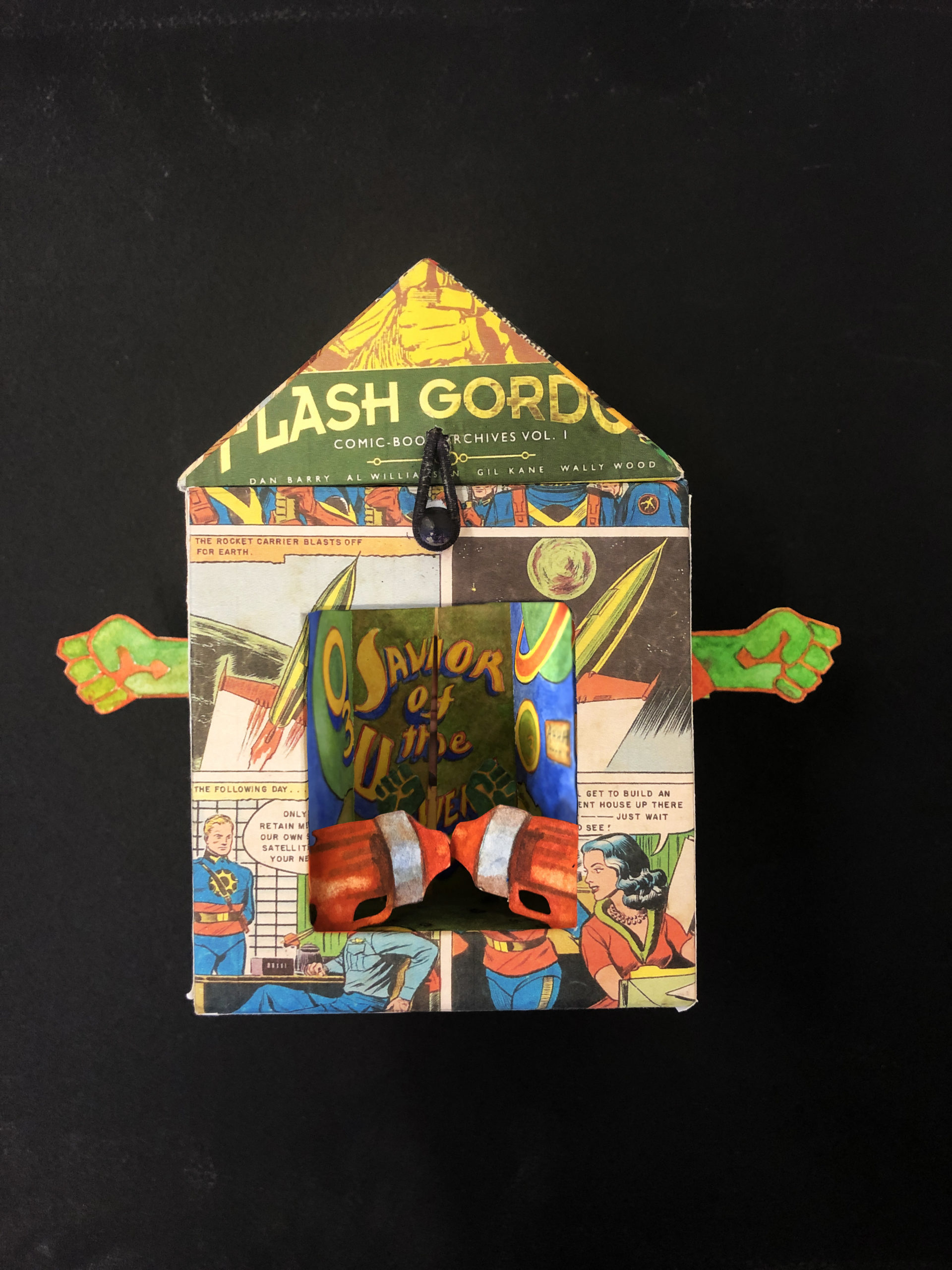 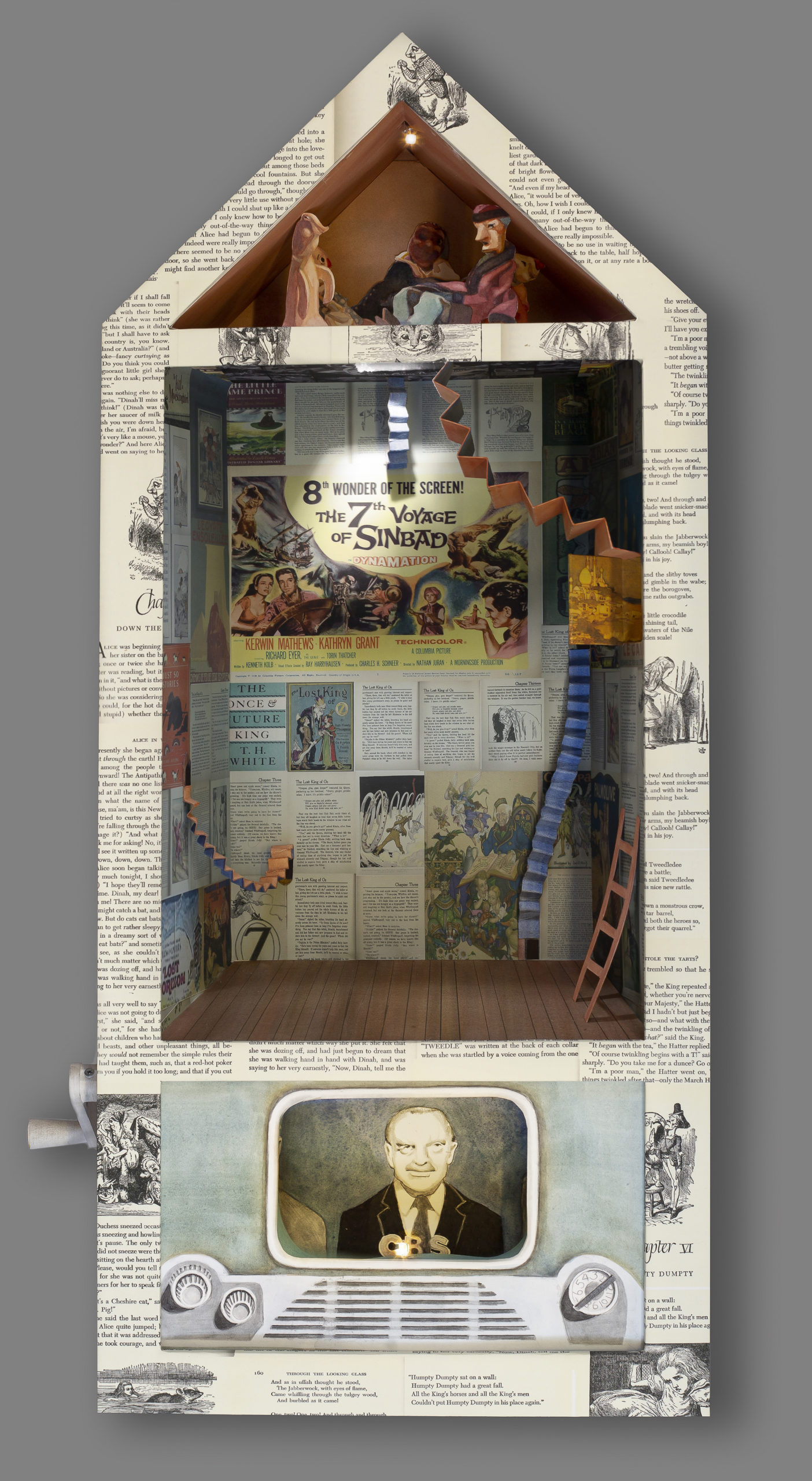 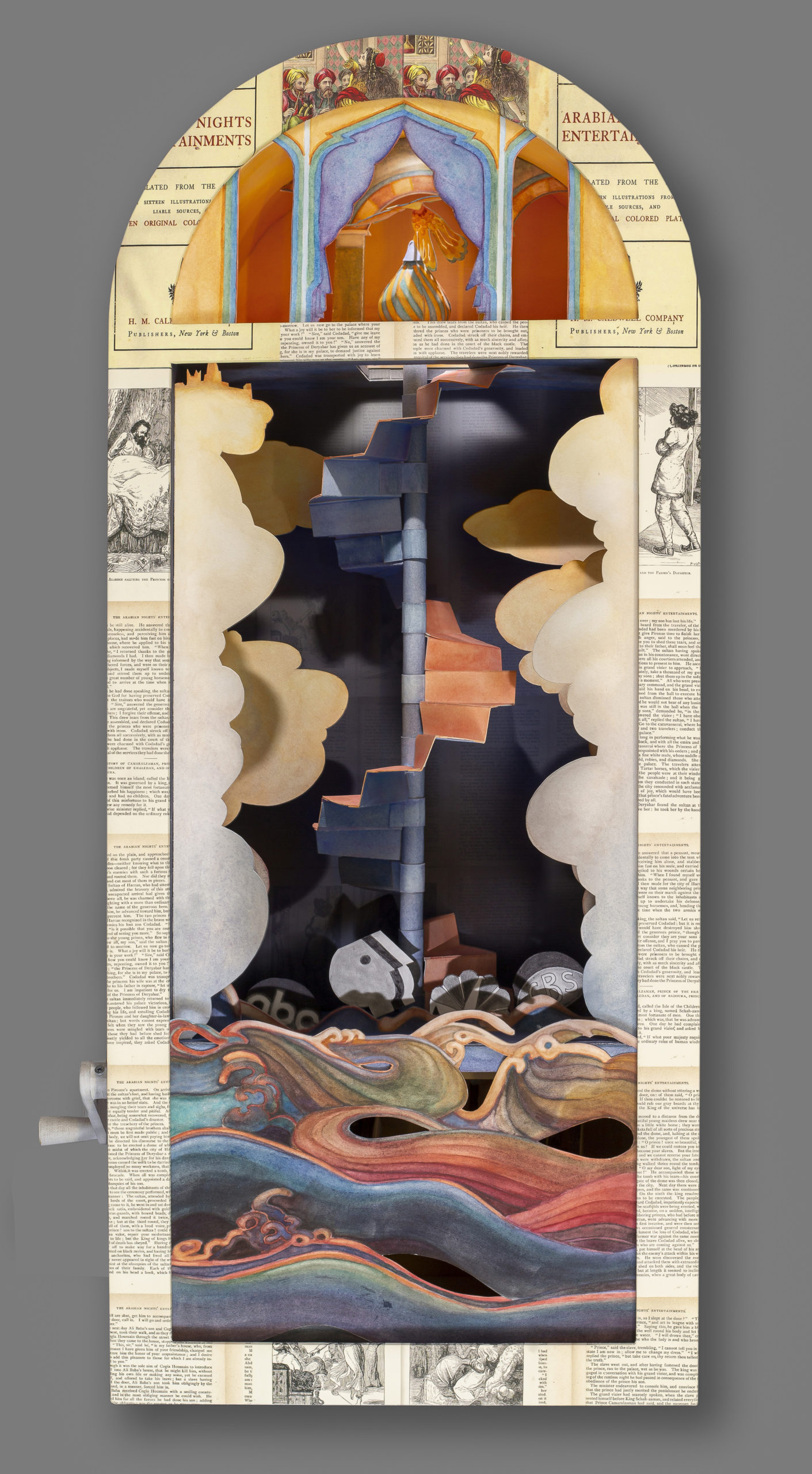 Valerie Hird, a painter, stage designer and award-winning filmmaker who lives and works between Vermont, New York, and the MENA regions. Her work explores cultural mythologies and the roles they play in our societal perceptions. She’s spent years moving across cultures listening and collecting stories, fascinated by the way some tales survive and evolve to transfer easily between illusion, reality, myth, and metaphor.

Lately she’s begun exploring her own ‘Biomythology’, digging into the uneasy intersection between America’s published histories and personal memory, using the books, movies and news media that have influenced her along the way. Her 3-dimensional books and animations challenge the idea of a homogeneous and authentic national story narrative, believing, instead, that we should understand terms such as “traditions”, “cultures” and “identities” as unstable, abstract, and evolving with time and context. 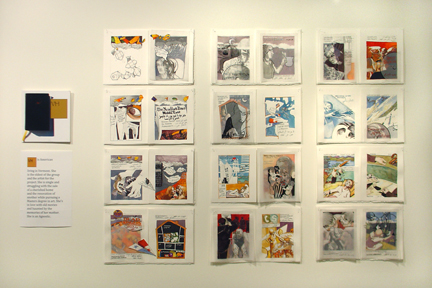