C.A. Conrad has worked with the ancient technologies of poetry and ritual since 1975. As a young poet, CA lived in Philadelphia, where they lost many loved ones to the AIDS crisis as documented in the essay, “SIN BUG: AIDS, Poetry, and Queer Resilience in Philadelphia.” Former United States Poet Laureate Tracy K. Smith wrote in the New York Times, “CAConrad’s poems invite the reader to become an agent in a joint act of recovery, to step outside of passivity and propriety and to become susceptible to the illogical and the mysterious.” CA’s influences include Etheridge Knight, Sonia Sanchez, Essex Hemphill, Gil Ott, Emily Dickinson, Audre Lorde, Eileen Myles, Will Alexander, and Alice Notley.

In 2005, CA began working with (Soma)tic Poetry Rituals. The poems in CA’s book AMANDA PARADISE: Resurrect Extinct Vibration (2021, Wave) reach out from a (Soma)tic poetry ritual where CA flooded their body with the field recordings of recently extinct animals. CA exhibits their poems as art objects in places such as Futura Gallery in Prague, Robert Grunenberg Gallery in Berlin, the Elizabeth Foundation for the Arts in New York City, Tai Kwun Contemporary in Hong Kong, and as part of the 2021 Riga International Biennial of Contemporary Art. In 2022, Alex Alonso curated a solo exhibition of CA’s poems in FLUENT Gallery in Santander, Spain titled “13 Moons: Listen to the Golden Boomerang’s Return.” In Brighton, England, CA’s poem “Glitter in My Wounds” is the title of a new exhibition of emerging artists.

CA’s The Book of Frank (2009, Wave) is now available in 9 different languages. CA is also the author of 9 other books of poetry including JUPITER ALIGNMENT: (Soma)tic Poetry Rituals (2020, Ignota Books) and While Standing in Line for Death (2017, Wave Books), which won a Lambda Book Award. They have received a Creative Capital grant, a Pew Fellowship, and a Believer magazine Book Award. Their play The Obituary Show was made into a film in 2022 by Augusto Cascales. They currently live in Greenfield, Massachusetts. They teach at Columbia University in New York City and Sandberg Art Institute in Amsterdam. 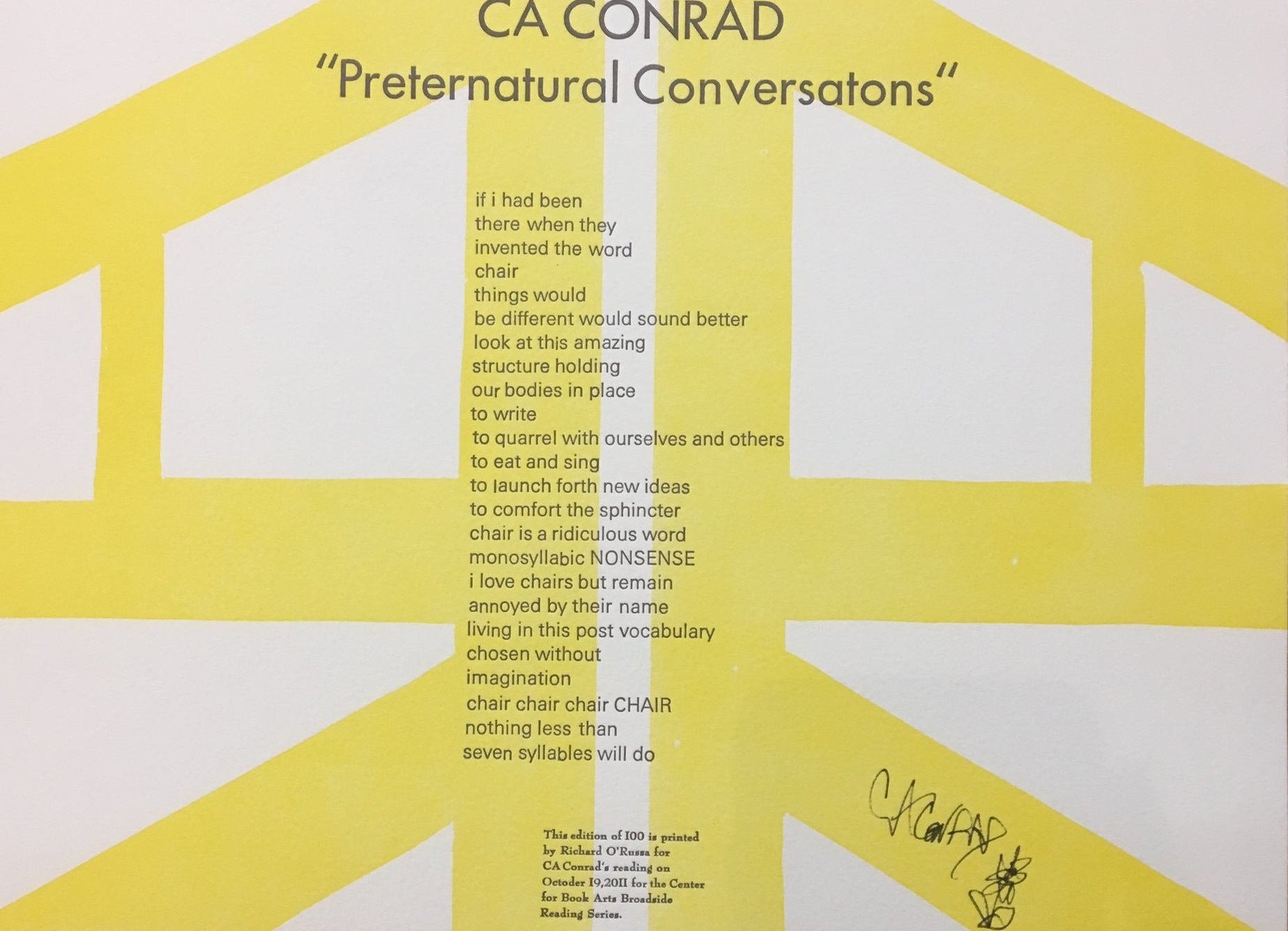