As a kid, after school hours, Carl was shooting pool and playing poker on the sly, tending to customers and sweeping up the neighborhood fruit and vegetable store, handling stock and making deliveries at the very same local pharmacy where Bernie Schwartz—aka Tony Curtis—did.

After his bar-mitzvah, he attended the Bronx High School of Science, and later City College (CCNY) on and off in between jobs for six and a half years, where he won a gold medal in Latin and graduated with a degree in Classics. In 1957, Sesar was drafted into the US Army, studied Chinese for a year at the Army Language School in Monterey, California, and served a tour of duty in Korea.

In 1961, on a government fellowship, Carl began graduate school in Chinese and Japanese language, literature, and thought at Columbia University, spent 1965-1967 in Japan doing research on traditional Noh drama, became a fan of the Zato-Ichi blind swordsman movies, and interviewed their star, Katsu Shintaro, for Time Magazine.

Carl earned a doctorate in Chinese and Japanese literature and thought at Columbia. He founded and chaired the Department of Asian Languages and Literatures at Wesleyan University, where he taught from 1967 to 1975. He won critical acclaim for his daringly frank translations from Latin of the outspoken ancient Roman poet Catullus, and for his translations of Japan’s most widely read modern tanka poet, Ishikawa Takuboku.

Carl’s unique pre-Gutenberg rubber-stamped book of his own original short poems, Hey, hand-stamped by the author under the imprimatur of the One Shot Press, was exhibited at the Fitchburg Art Museum and at many galleries and libraries over the years. Carl was also a fixture at the flea market selling used books.

Carl was a member of Actors’ Equity during the sixties and seventies. When he landed in Northampton in 1980, he directed several plays and gave a one-man performance of Irene Maria Fornes’ Obie Award-winning play Dr. Kheal. His original Purimspiel, and a musical revue Guys and Dolls (It Ain’t), were performed by Northampton’s one-and-only Young@Heart Chorus.

Carl was passionate in his beliefs. He was an ardent supporter of Israel and active in the Jewish community as a member of Rodphey Sholom in Holyoke, Chabad Northampton, and Congregation B’nai Israel.

He is survived by his nieces, Sarah Sesar, Kerri Zieris and grand-niece Katelyn Kohler. 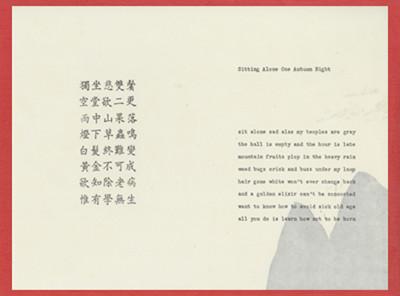