New York School poet and critic Douglas Crase was raised on a farm in Michigan and educated at Princeton University. He is the author of the poetry collection The Revisionist (1981), which was nominated for a National Book Critics Circle Award; AMERIFIL.TXT: A Commonplace Book (1997), part of the University of Michigan’s Poets on Poetry series; and Both: A Portrait in Two Parts (2004), the joined biographies of botanist Rupert Barneby and aesthete Dwight Ripley. Reviewing The Revisionist for the New York Times,critic Charles Molesworth observed that Crase’s “subject is America, more specifically the spirit of place, for he writes of geology, colonial history, Federal architecture and a variety of landscapes.… Like Merrill’s and Ashbery’s, his writing argues sinuously, often subordinating sentence elements and juggling contexts in an almost baroque way.”

Crase’s honors include a Whiting Writers’ Award, an Ingram-Merrill Award, and fellowships from the MacArthur Foundation, the Guggenheim Foundation, and the American Academy of Arts and Letters. He lives in Manhattan with his partner, Frank Polach. 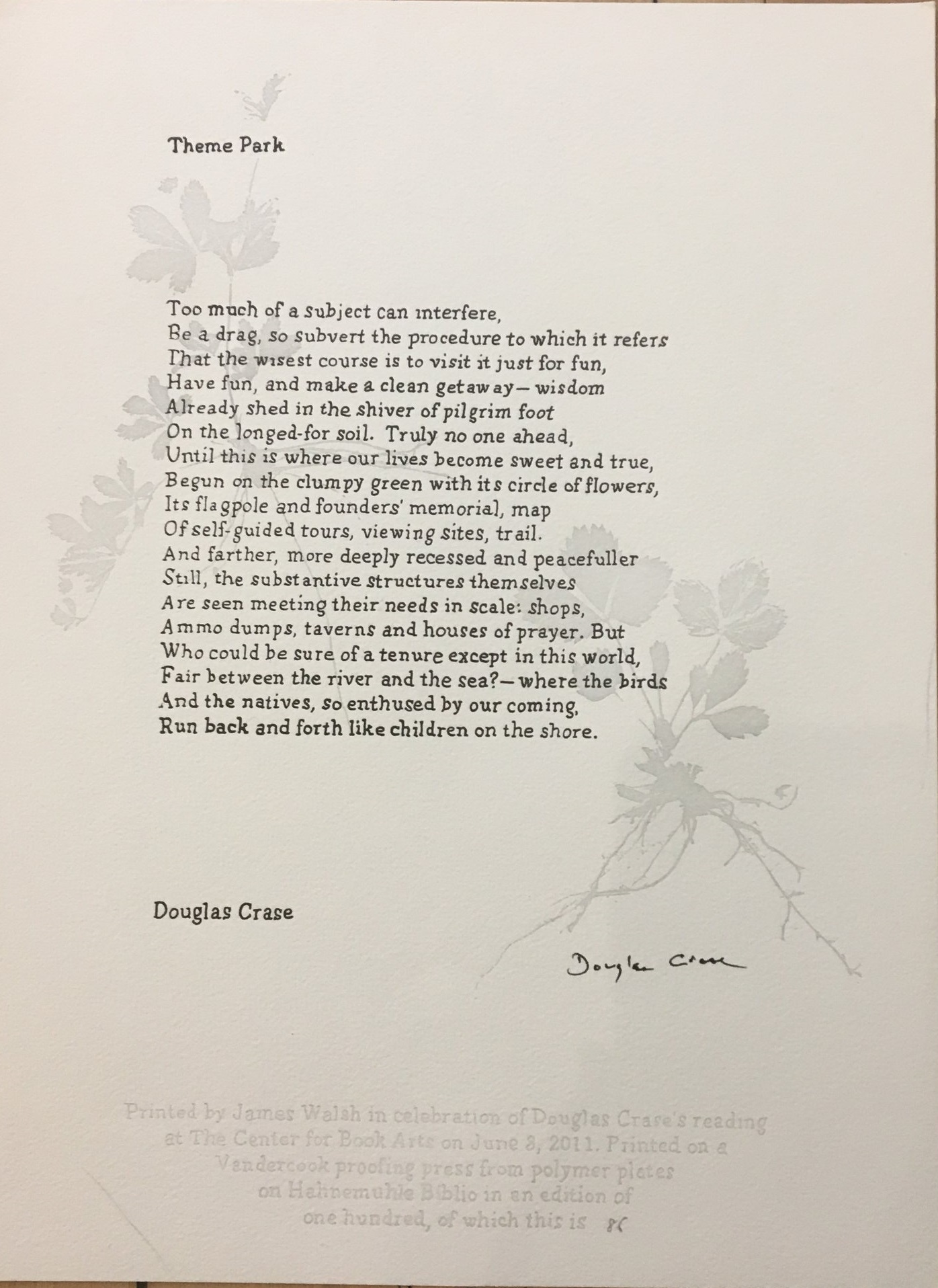