Douglass Morse Howell was born in New York City in 1906. Howell traveled across Europe with his mother, Mary Howell, a foreign correspondent with the Associated Press. During his time in Europe, Howell also attended the University of Turin in Italy before returning to the US in the 1930s as a banker and literary agent. He then served five years in World War II where he learned to make handmade paper in France in his efforts to find better paper for his wood engravings in the 30’s.

In 1950, Howell came back to New York City and established his first paper mill in an apartment on Grand Street before setting up a paper studio on Long Island. In his studio, Howell made paper for his limited edition books. However, his early work was not as well received by conservative book arts circles who did not care for his new techniques. Howell made his paper from pure linen or home-grown flax, among other fibrous materials, and local spring water which produced an original texture, color, and weight that was different from most other paper being made at the time. While some found his paper unconventional, other artists including Jackson Pollock sought out Howell’s paper. Howell also made paper art, or papetries, pulp paintings, and three-dimensional paperworks on wire molds. While his first solo show was in 1955 at the Betty Parsons Gallery, Howell went on to have work displayed in retrospectives at the American Craft Museum (1982) and New York Public Library (1986) after his 1975 show at the Center for Book Arts. Douglass Howell died in 1994 at the age of 88. 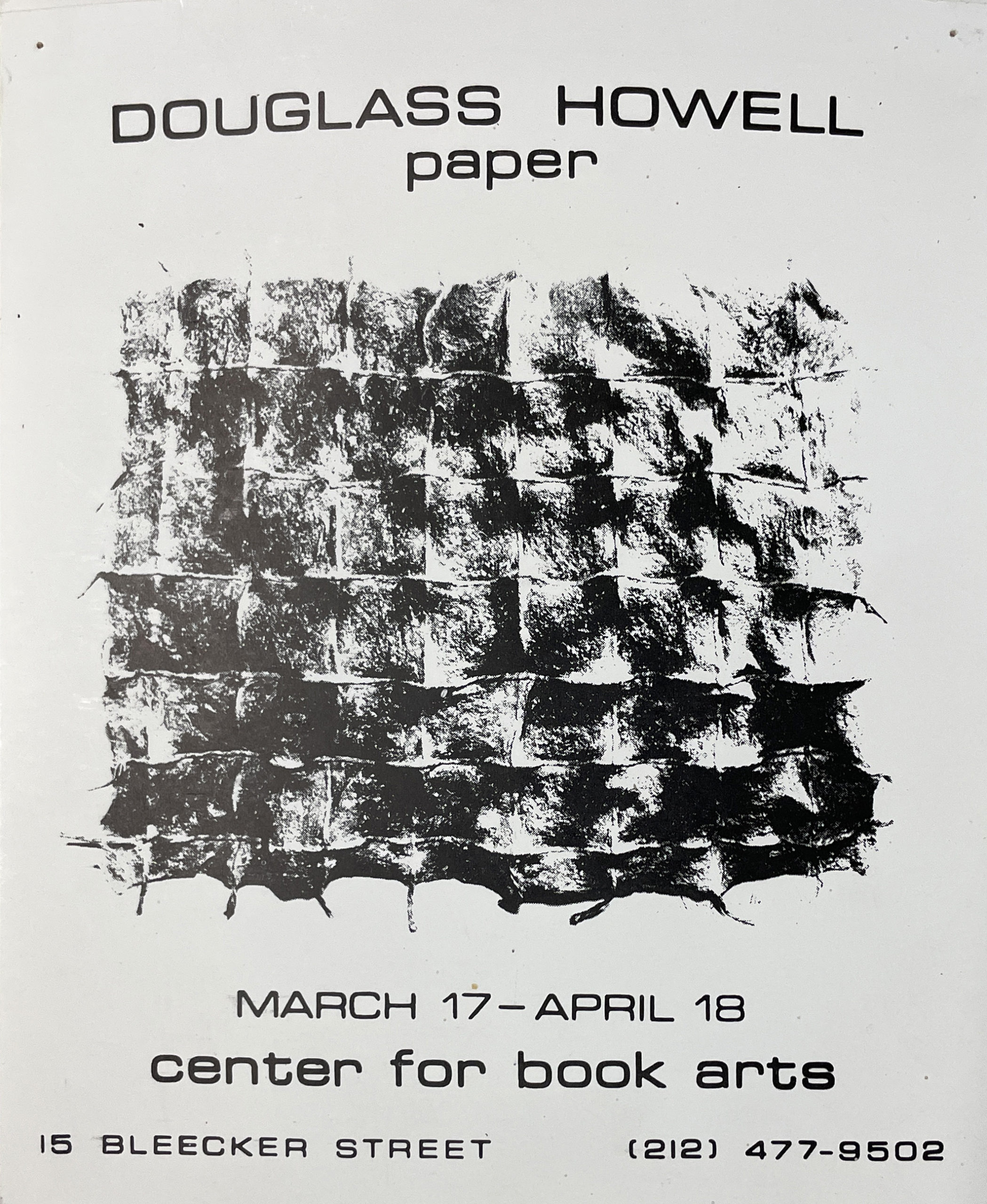