Janice A. Lowe is a poet, composer, and vocalizing pianist. Her poetry collection Leaving CLE: poems of nomadic dispersal (Miami University Press, 2016) moves from Cleveland to New York City to Tuscaloosa’s “schoolhouse door” and back. She is also the author of the chapbook SWAM (Belladonna Series). Her poems have been published in Callaloo, American Poetry Review, The Hat, and on the Poetry Project’s website, as well as in the anthologies Best American Experimental Writing 2016, Resist Much/Obey Little, and Solidarity Texts: Radiant Re-Sisters. Her essays have appeared in Sing the Sun Up and the Cleveland Neighborhood Guidebook. She has participated in the Renga for Obama project and the Broadside Reading Series at the Center for Book Arts.

Lowe earned an MFA in Musical Theater Writing from New York University. She was a writer-in-residence with Melted Away’s The American Dream Project. A Jonathan Larson Dramatists Guild Fellow, she is the composer of five full-length musicals and over 200 songs for theater/musical theater/opera, which have been performed extensively in New York City and regionally. Her love of setting all manner of text to music has resulted in collaborations with writers Tyehimba Jess, Nehassaiu deGannes, Jenni Lamb, and others.  She currently performs and records with her band NAMAROON.

Lowe has taught at Purchase College, Rutgers University, Naropa University’s Summer Writing Program, and in New York City schools. She is the cofounder of the Dark Room Collective and a 2018-2019 fellow in poetics and poetic practice at the Center for Programs in Contemporary Writing at University of Pennsylvania. 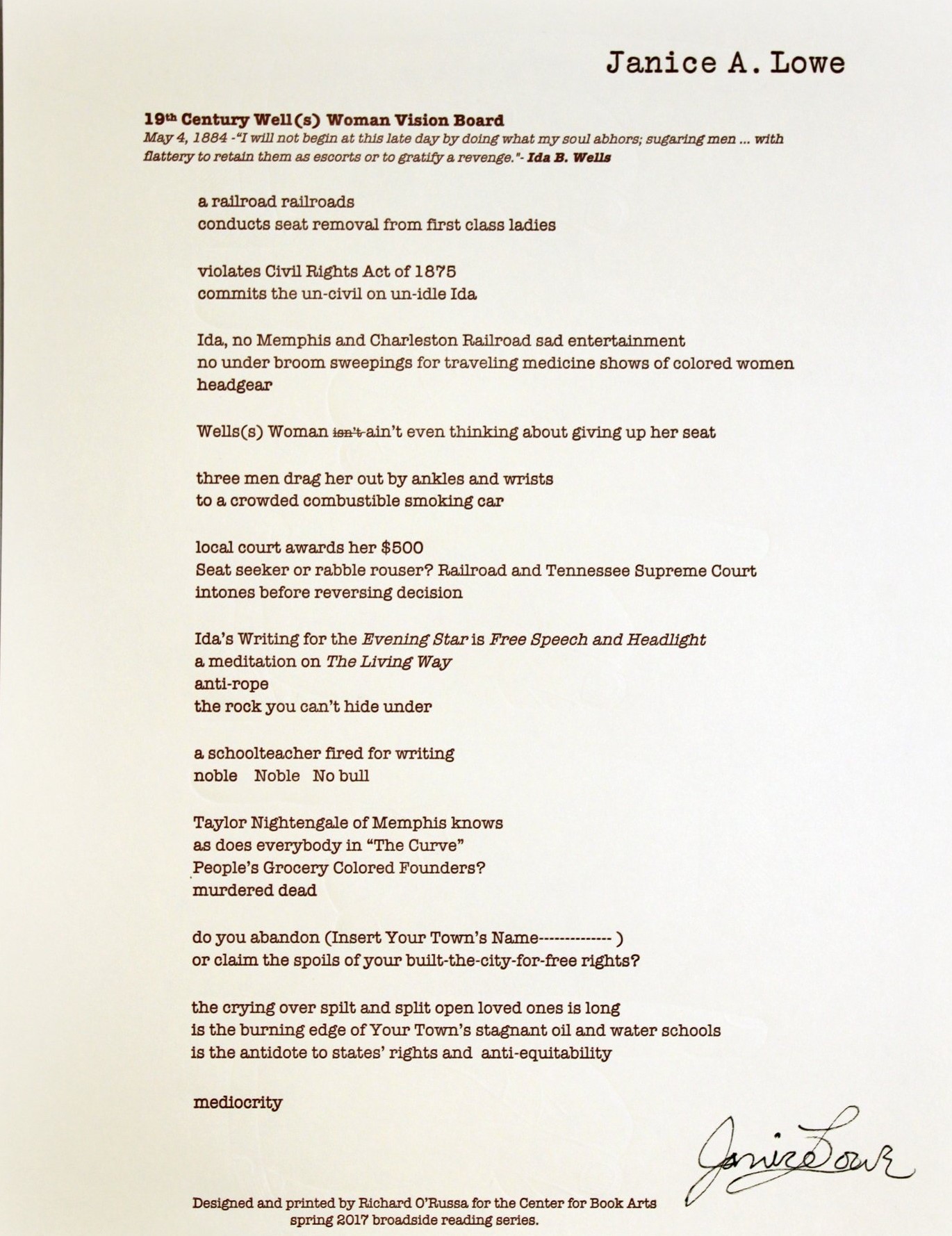