Jess X. Snow (they/them/他/tā) is a writer/director, multi-disciplinary artist, cultural worker and poet, who creates genre-defying inter-generational stories from a queer, non-binary Asian immigrant lens. Spanning large scale augmented reality murals, wheat-pasted posters, children’s books, and narrative films, their work explores how healing, mutual care and chosen family can help us imagine homes and futures untouched by borders, policing and violence. They are currently based on the lands of the Lenape and Canarsie people.

Their narrative short, Little Sky (2021), executive produced by Andrew Ahn, was a finalist for HBO APA Visionaries and received funding from The National Film Board of Canada and the Inside Out Refocus: Fund. It went on to play at 30+ International film festivals such as BFI Flare, Durban, Frameline, Outfest, Hollyshorts, Cinequest, Show Me Shorts New Zealand amongst others.

Their forthcoming short film Roots That Reach Toward The Sky (co-written with Kit Yan) is funded by the Alfred P. Sloan Foundation Science in Film Award

They are currently finishing their MFA in writing/directing at NYU Grad Film where they were awarded the Ang Lee and BAFTA BBC Diversity Scholarships. They are currently a Bandung Resident through the Museum of Contemporary African Diaspora Arts, and Asian American Arts Alliance.

They are the author and illustrator of the children’s book, We Always Had Wings, (Make Me a World / Randomhouse) forthcoming in Fall 2023. They also illustrated The Ocean Calls, (Kokila/Penguin Kids) a Kirkus and Booklist best picture book of 2020. Their poetry has been nominated for a Pushcart Prize, Best of the Net and published in the anthologies Bettering American Poetry, and Nepantla: an Anthology of Queer Poets of Color.

They have a decade of experience creating cultural work in support of migrant, racial, gender and climate justice movements. They have lead community mural and writing workshops with formerly incarcerated mothers, immigrant high-school aged youth, Chinatown youth and university students. Their murals, which center femme, queer & trans Asian, Pacific, Black, Indigenous folks can be found on walls across Turtle Island.

They are currently working on their debut novel, and two co-written feature films.

Their books and literature are represented by Wendi Gu of Sanford J. Greenberger Associates. 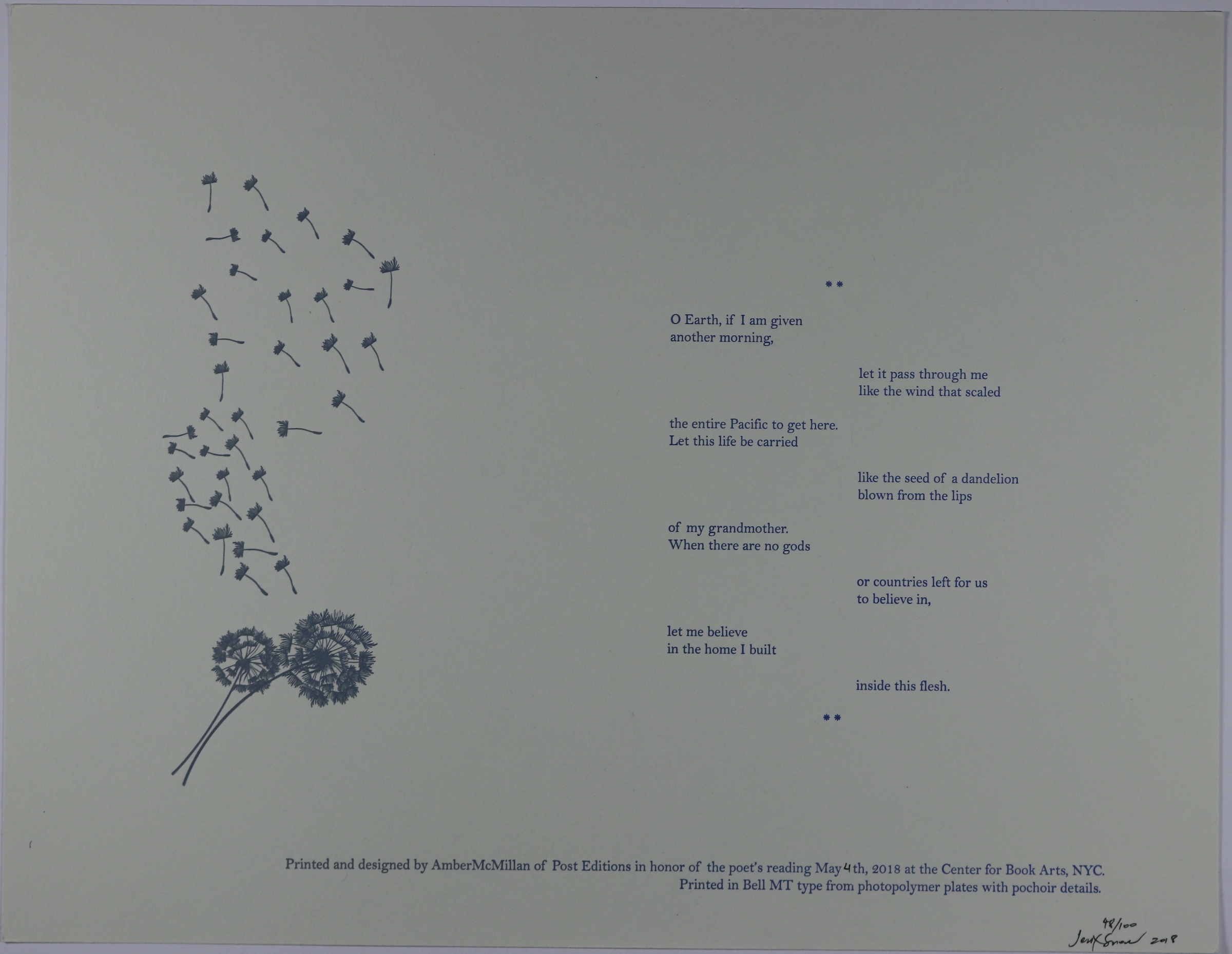 O Earth, If I am Given Another Morning