Mark Wunderlich’s collections of poetry include The Anchorage (1999), winner of the Lambda Literary Award, and Voluntary Servitude (2004). As J.D. McClatchy said of Wunderlich’s debut, “The Anchorage bravely takes up the raw mess of desire and pain, the cold ache of longing and loss, and in sleek and searing poems exposes the way we live now to the larger powers of the racing heart and the radiant imagination.” Wunderlich’s poems engage themes of sexuality, spirituality, and power, balancing a baroque attention to detail with driving movement.

His honors include fellowships from the National Endowment for the Arts, the Fine Arts Work Center in Provincetown, the Massachusetts Cultural Council, and the Bread Loaf Writers Conference. He has also been awarded the Amy Lowell Poetry Travelling Scholarship and the Wallace Stegner Fellowship from Stanford University. His poetry has been featured in numerous anthologies, including The New Young American Poets (2000, ed. Kevin Prufer), and Word of Mouth: An Anthology of Gay American Poetry (2000, ed. Timothy Liu). 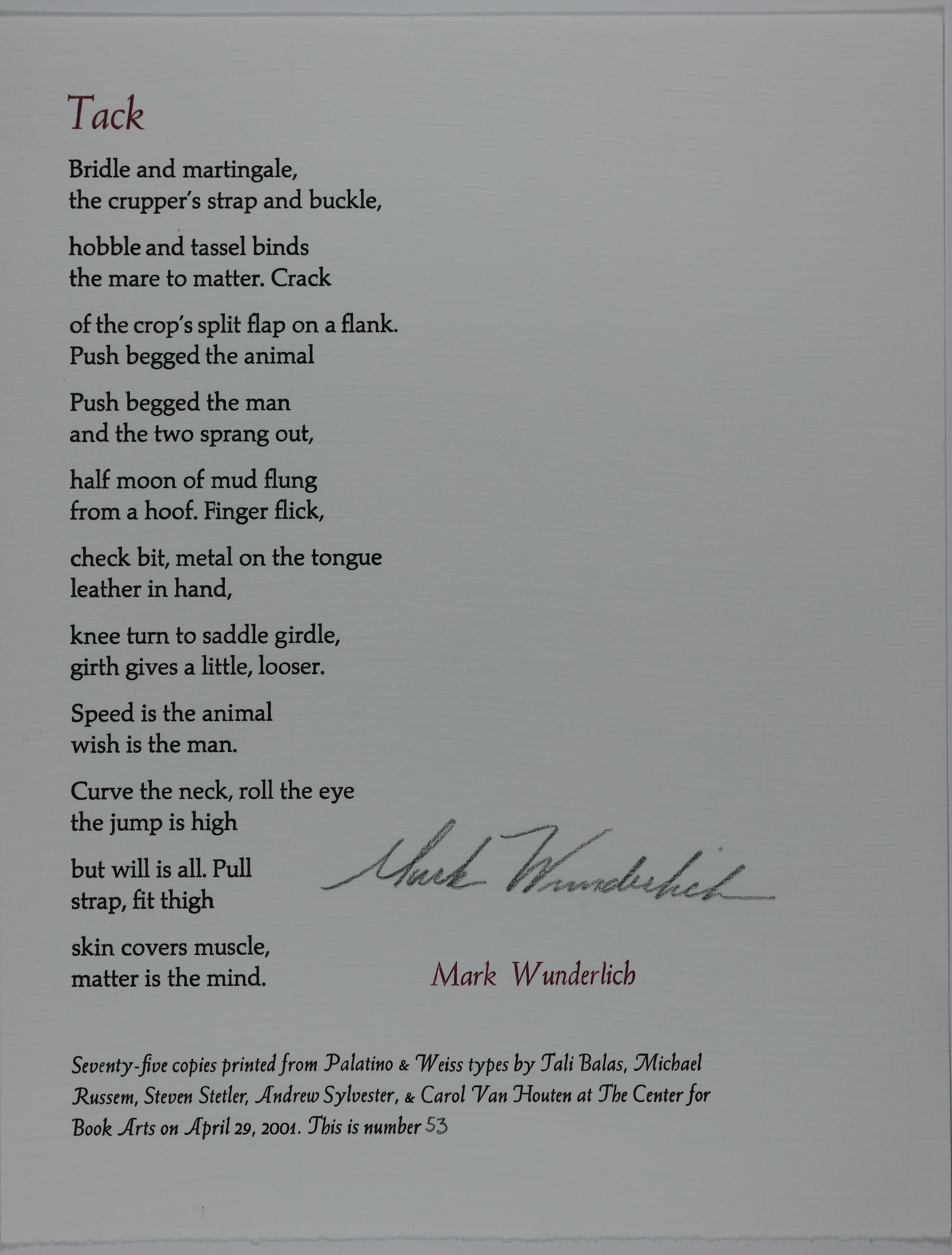