Poet, translator, and scholar Mónica de la Torre was born and raised in Mexico City. She earned a BA from the Instituto Tecnológico Autónomo de México and, with the support of a Fulbright scholarship, relocated to New York in 1993 to pursue an MFA and a PhD in Spanish literature at Columbia University.

With dark humor, de la Torre’s poems explore our constructions of identity and trajectory. Her full-length poetry collections include Repetition Nineteen (2020), Public Domain (2008), Talk Shows (2007). She has also published the chapbooks Four (Switchback) and The Happy End (Song Cave). With artist Terence Gower, she co-authored the art book Appendices, Illustrations and Notes (1999). She frequently collaborates with artists and writers, as with Collective Task. Taller de Taquimecanografía, published in Mexico City, is the result of another collaboration. She contributed to Predictions (2009), a study of indeterminacy, and to the conceptual critical work Laureana Toledo: The Limit (2008).

De la Torre’s honors include a New York Foundation for the Arts fellowship. She has edited BOMB Magazine and the Brooklyn Rail. She lives in Brooklyn and teaches at Brooklyn College. 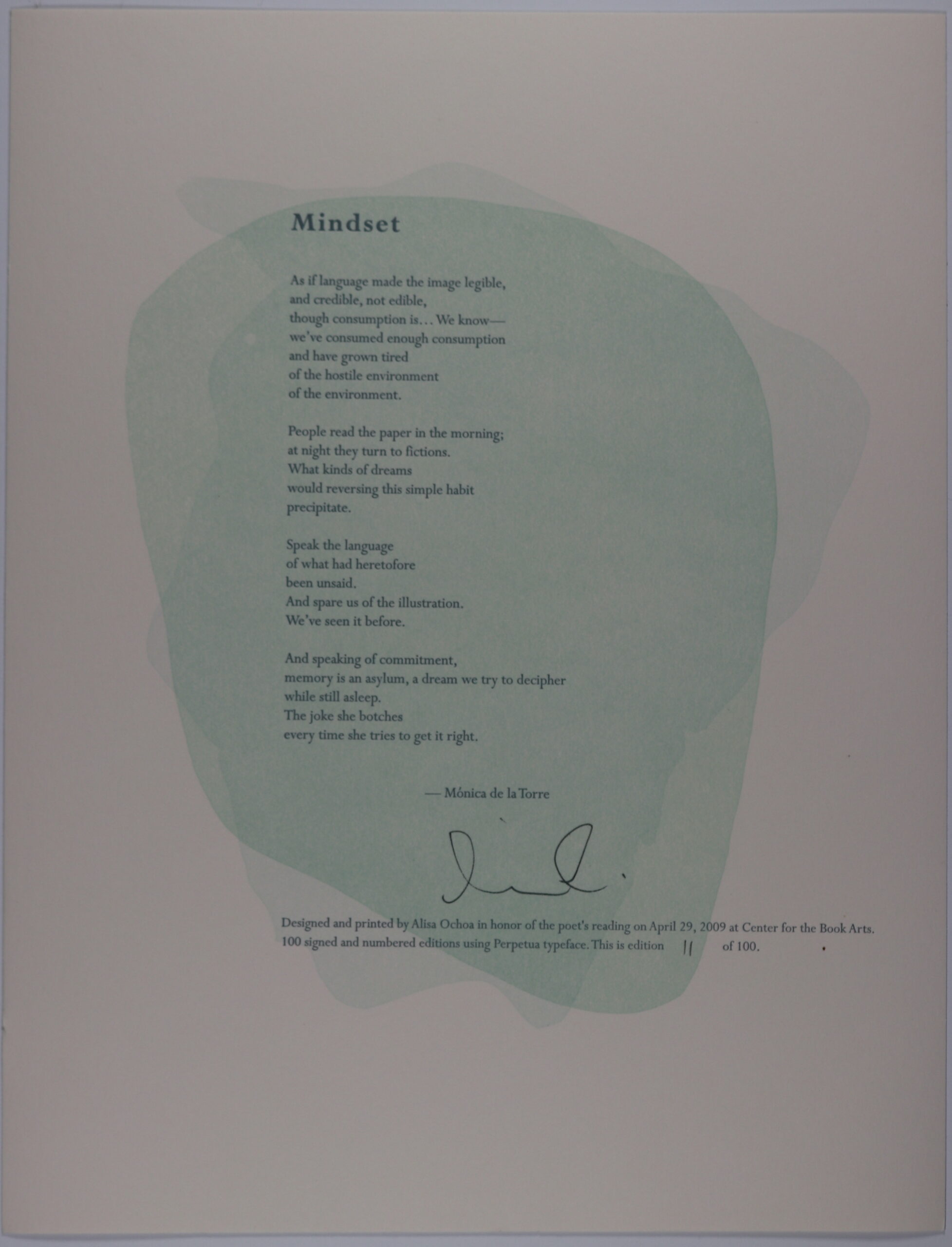