Poet Roberto Harrison was born in Oregon to Panamanian parents; he and his family moved to Panama when he was a year old, and then to Delaware in 1969. Harrison pursued studies in mathematics and computer science as an undergraduate; after a year of graduate work in mathematics at Indiana University in Bloomington, he traveled in the United States, Europe, and North Africa.

Harrison’s collections of poetry include Os (subpress, 2006), Counter Daemons (Litmus Press, 2006), bicycle (Noemi Press, 2015), culebra (Green Lantern Press, 2016), Bridge of the World (Litmus Press, 2017), Yaviza (Atelos, 2017), as well as many chapbooks. Counter Daemons makes use of computer science and programming terminology. Poet Leslie Scalapino observed: “Roberto Harrison’s Daemons are loops (as in computer-generated, or installations using sound) yet his series of continuous loops does not repeat but adds: to make being ‘in the wilderness full.’” The subjects of politics, identity, landscape, and travel all surface regularly in his poetry.

Harrison edited the poetry journal Crayon with Andrew Levy from 1997 to 2008, and he is also the editor of the Bronze Skull Press Chapbook series and coeditor for the Resist Much/Obey Little anthology. In 2008 a show of his drawings and journal entries, entitled Ineffable Isthmus, was featured at the Woodland Pattern Book Center gallery.

Harrison is the Milwaukee Poet Laureate for 2017-2019, where he lives with his wife, poet Brenda Cárdenas. 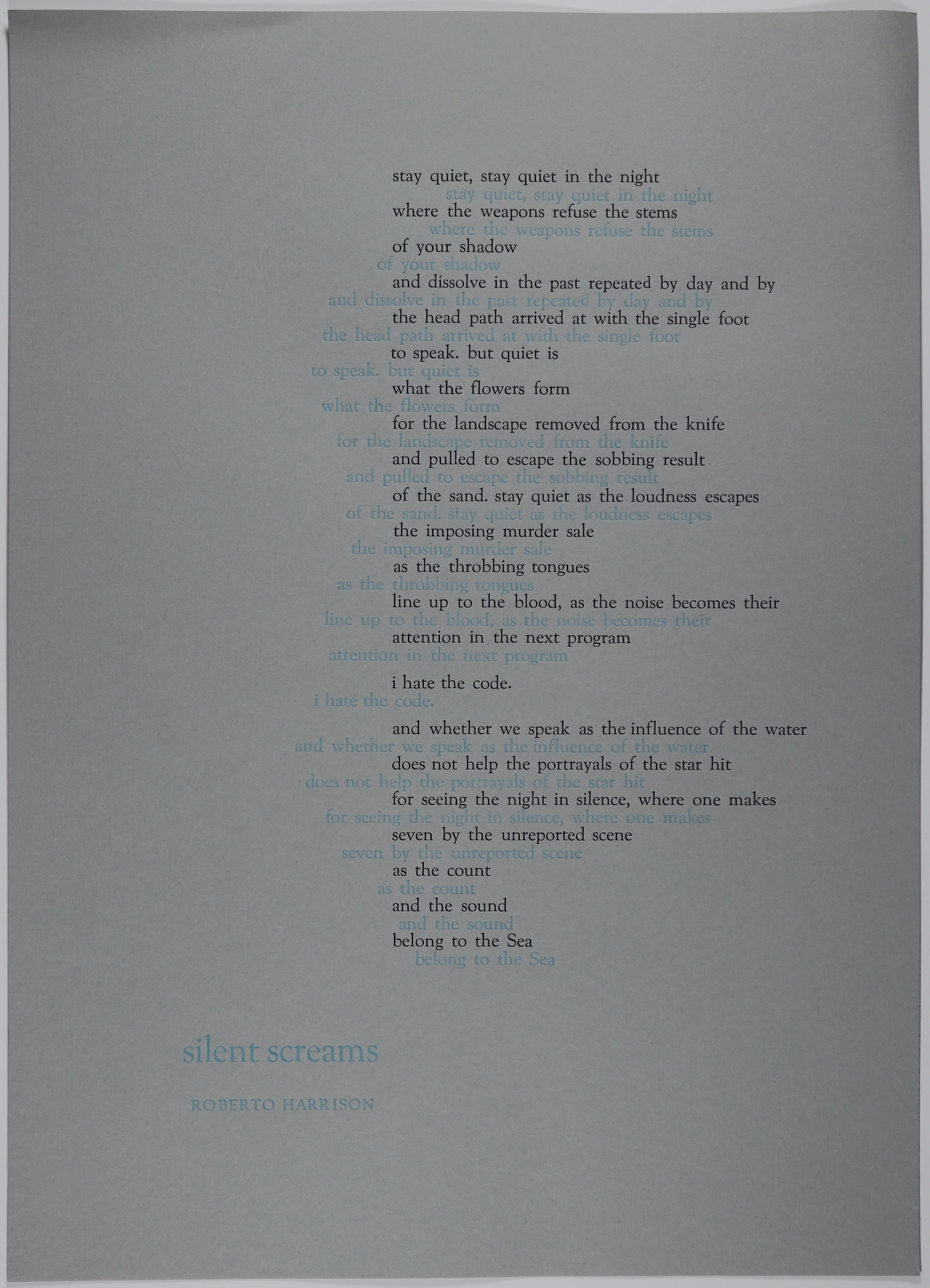