A poet and scholar, Susan B. A. Somers-Willett is the author of two critically acclaimed books of poetry and a book of criticism. Her first book of poetry, Roam, won the Crab Orchard Review Award series in 2006 and was a finalist for the Helen C. Smith Memorial Award for poetry. Her second book, Quiver, published in 2009 with the University of Georgia Press as part of the VQR Series in Poetry, received the 2010 Writers’ League of Texas Book Award. Her book of criticism, The Cultural Politics of Slam Poetry: Race, Identity, and the Performance of Popular Verse in America, was published by University of Michigan Press in 2009 and has been cited by The Globe and Mail and The New York Times. Somers-Willett’s writing has been featured by The Iowa Review, Virginia Quarterly Review, Gulf Coast, Poets & Writers, and The New Yorker.

In 2009, Somers-Willett collaborated with photographer Brenda Ann Kenneally and radio producer Lu Olkowski to create “Women of Troy,” which documented the effects of the economic crisis on women living below the poverty line in Troy, New York. The multi-media project combines poetry, photography and audio footage to create “documentary poems” for radio, the web, print and iPhone. Somers-Willett’s poems aired on the nationally distributed Public Radio International/WNYC program Studio 360 with Kurt Andersen and BBC Radio, and were published along with Kenneally’s photographs in the Virginia Quarterly Review. “Women of Troy” has garnered a number of awards, including a Gracie Award from the Alliance for Women in Media in 2010. 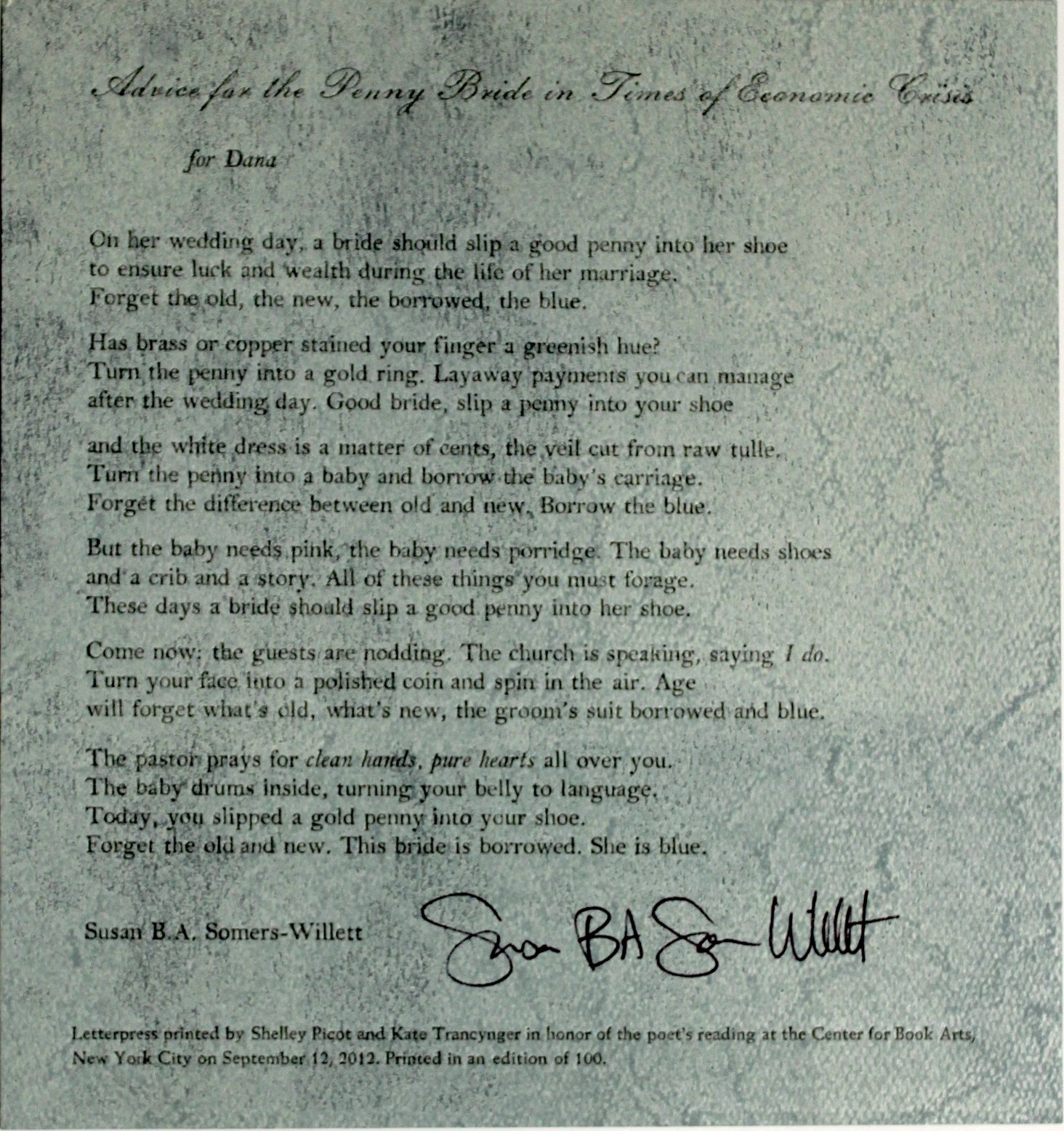 Advice for the Penny Bride in Times of Economic Crisis