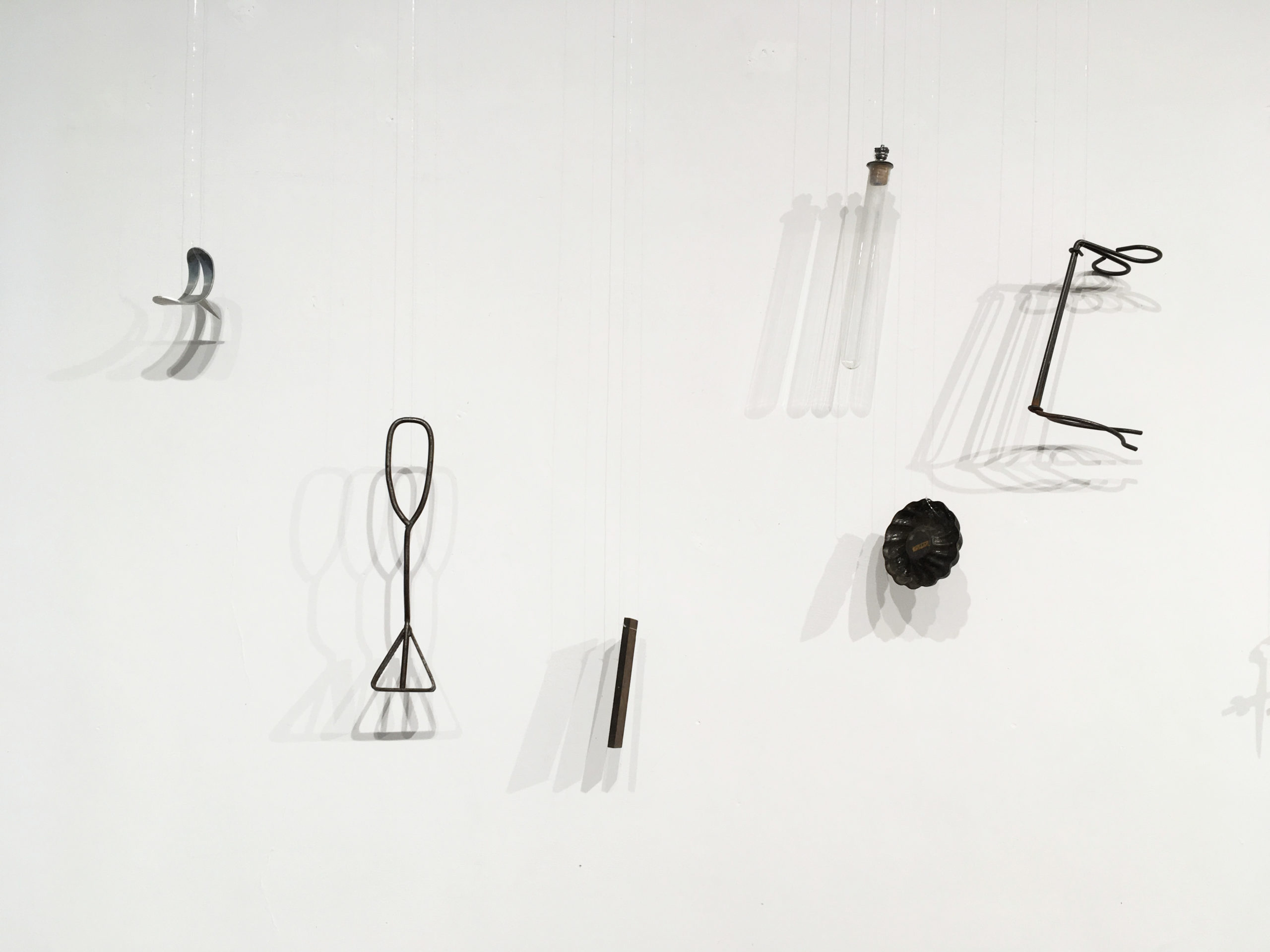 In The Interpreted Object, forgotten objects find new artistic and poetic expression. The artists searched for quasi-obsolete objects where the original purpose or use had been lost. The “action” intrinsic to the object—a knife cuts, a spoon stirs—was therefore also lost, which allowed the artists to assign new actions (“title” verbs), according to what they perceived to be the “spirit” of the object. Along with the verbs came poetic phrases that further interpreted the objects and imbued them with meaning. Verbs and phrases found form in corresponding booklets, one for each object. Through this process of (re)discovery, Harris and Silva revisit, in new ways, familiar themes of motherhood, loss, memory, and relationships. A first English and Italian iteration of this project, which included 64 objects and booklets, was created for the Sixteenth International Poetry Festival in the Galleria Cartavetra, in Florence, Italy.

Lyall Harris and Patricia B. Silva have been collaborating in the field of book art, photography and installation since 2014. Their co-created work has been widely exhibited across the US and in Italy. A 2017 travelling exhibit Meeting Places/Luoghi d’incontro, which included public programming and an artists’ residency, went from public libraries in Virginia and San Francisco to SRISA Gallery in Florence, Italy, where Harris and Silva conceived, executed and mounted a new body of work, based on “objects of nostalgia” donated by local residents, titled Passato Prossimo in real time in the gallery. Harris and Silva are both educators in the field of book art and both hold MFAs (Harris in Book Art and Creative Writing from Mills College and Silva in Book Arts/Printmaking from University of the Arts). Their collaborative and individual work is held in many institutions in the US and abroad

Lyall Harris’ artwork has been widely exhibited in solo and juried group shows and recognized with numerous awards, including The George Hitchcock Prize for painting from the National Academy Museum. Her book art is held in over fifty Special Collection libraries, such as those at the National Museum of Women in the Arts, Yale and Stanford. Her poetry and prose have appeared in The Minnesota Review, The New Guard, The Dewdrop, High Shelf Press and elsewhere; her book-length poem Barrier Island is forthcoming from The Black Spring Press Group. Harris has given papers and artist talks at universities and institutions such as UCSC, UCSB, Art Institute of California, The Grabhorn Institute and the Virginia Center for the Book. She holds an MFA in Book Art and Creative Writing from Mills College.

Patricia B. Silva holds an MFA in Book Arts/Printmaking from The University of the Arts. Silva has been a Professor of Book Art and Printmaking at American abroad programs in Italy since 2000. She has additionally been an instructor for a range of workshops at numerous private and public institutions throughout Italy and the US. Programs for which she has taught include University of Minnesota (Accent Center), Studio Art Centers International (SACI), Santa Reparata International School of Art, Fuji Studios, Washington University (Florence), Texas Christian University (Florence), Maragoni Studios and the University of Georgia (Cortona). She has given artist talks and book art lectures at Syracuse University (Florence), Florence Design Academy, Studio Art Centers International (SACI) and the San Francisco Public Library, among other venues. Her work can be found in collections in the US, Europe and Latin America. 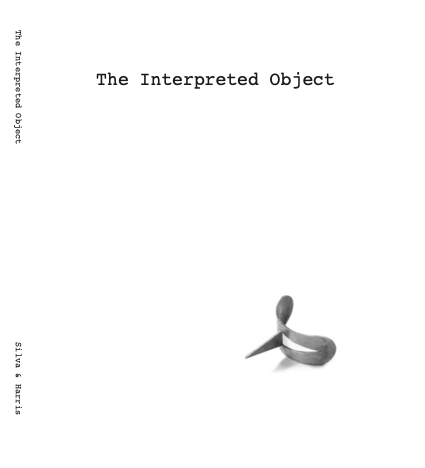