“I was captivated by the way Muradi plays with words across multiple languages  in washee/was she to create a tension relatable to the female experience that  transcends the necessity for precise meaning. The italicized words are common across  a multitude of cultures influenced by the early movement of Islam across Asia and were  ubiquitous within the multi-cultural, immigrant Muslim community I grew up surrounded  by. The intimacy of these words, juxtaposed with “washee”—a word entirely unfamiliar  to me—became the starting point for the design.

Muradi’s native tongue, Dari, and my native tongue, Arabic, share a common script  despite belonging to entirely distinct language families. Yet with the addition of a single  letter, washee becomes wahshee, meaning is imbued, and a linguistic mystery begins  to unravel. To the 11th century master calligraphers of Baghdad, script was sacred; an  entire universe of meaning could be extrapolated from the confines of a single letter.

What is script abstracted from language? To the hurufiyya artists of the late 20th  century, letters could be stripped of their linguistic significance to create new meaning,  while asserting a visual heritage independent of the western canon. In creating this  broadside, I pay homage to this heritage and the standalone letter,  both in its pure and  abstracted forms.” – Rhonda Khalifeh

Created as a part of the Spring 2021 Center for Book Arts Broadside Reading Series.  Inkjet print on cotton paper. Handset and letterpress printed type in Goudy Oldstyle,  Bodoni, Standard Light, and Lightline Gothic. Designed and printed in an edition of 100 by Rhonda Khalifeh. Signed by the poet. 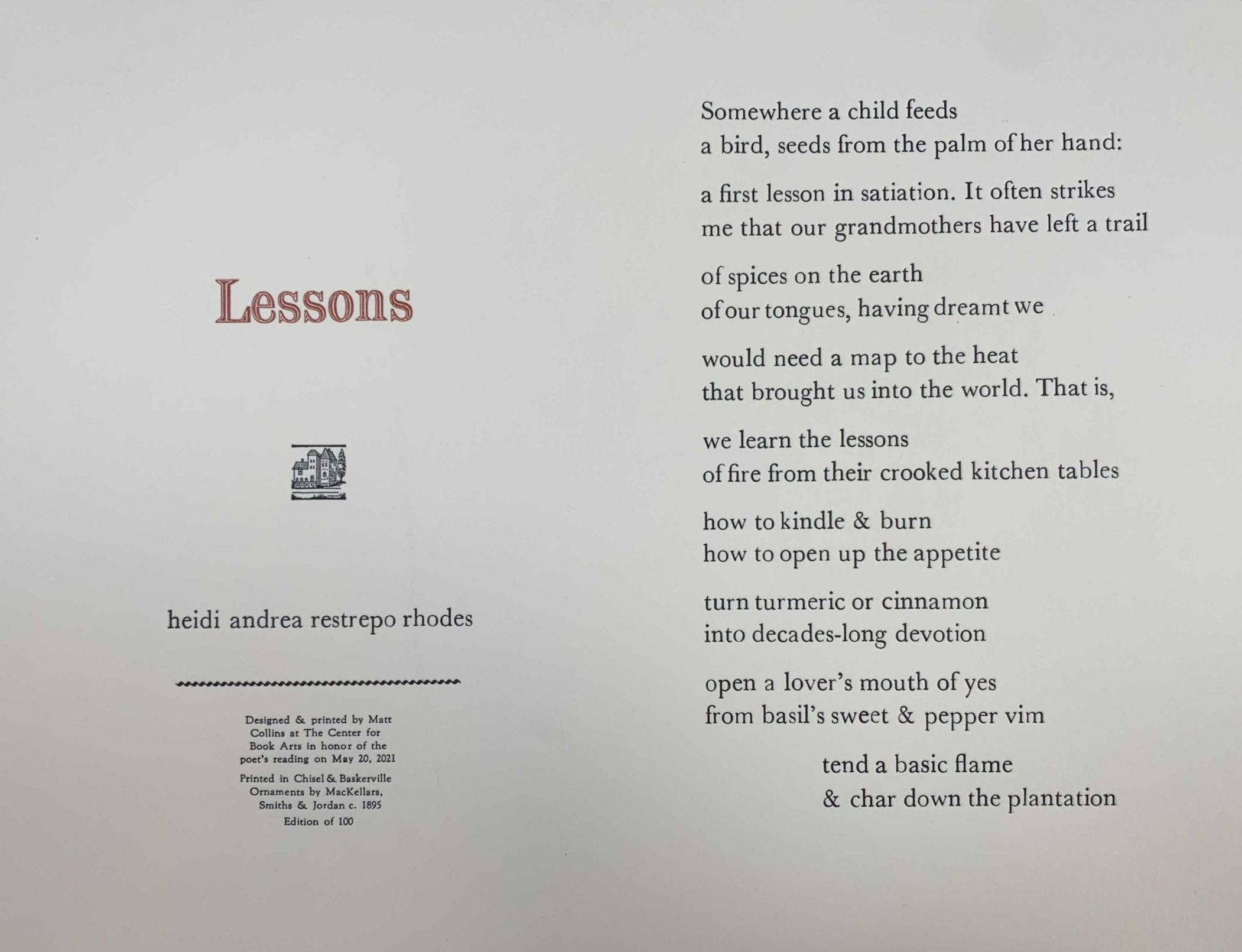 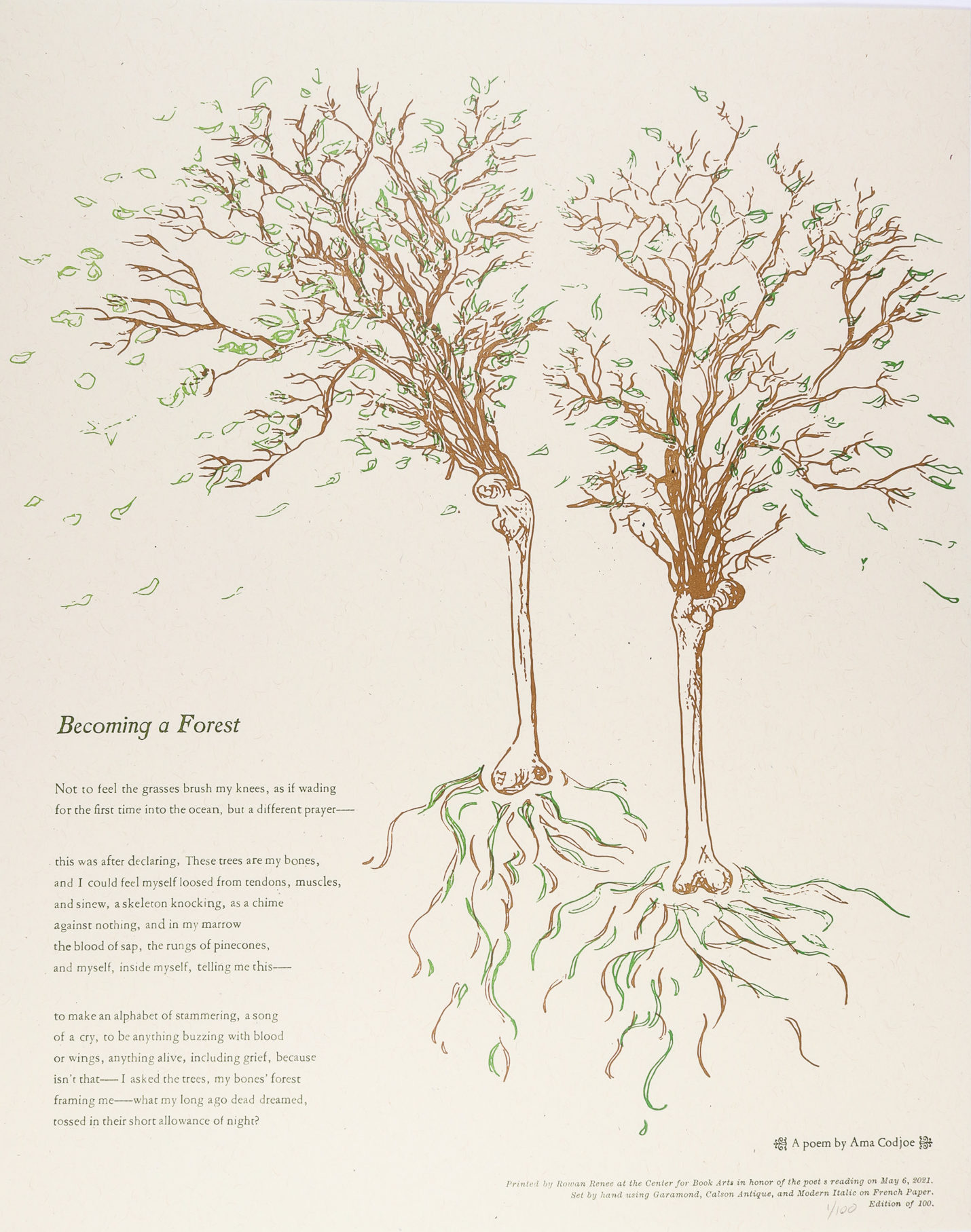 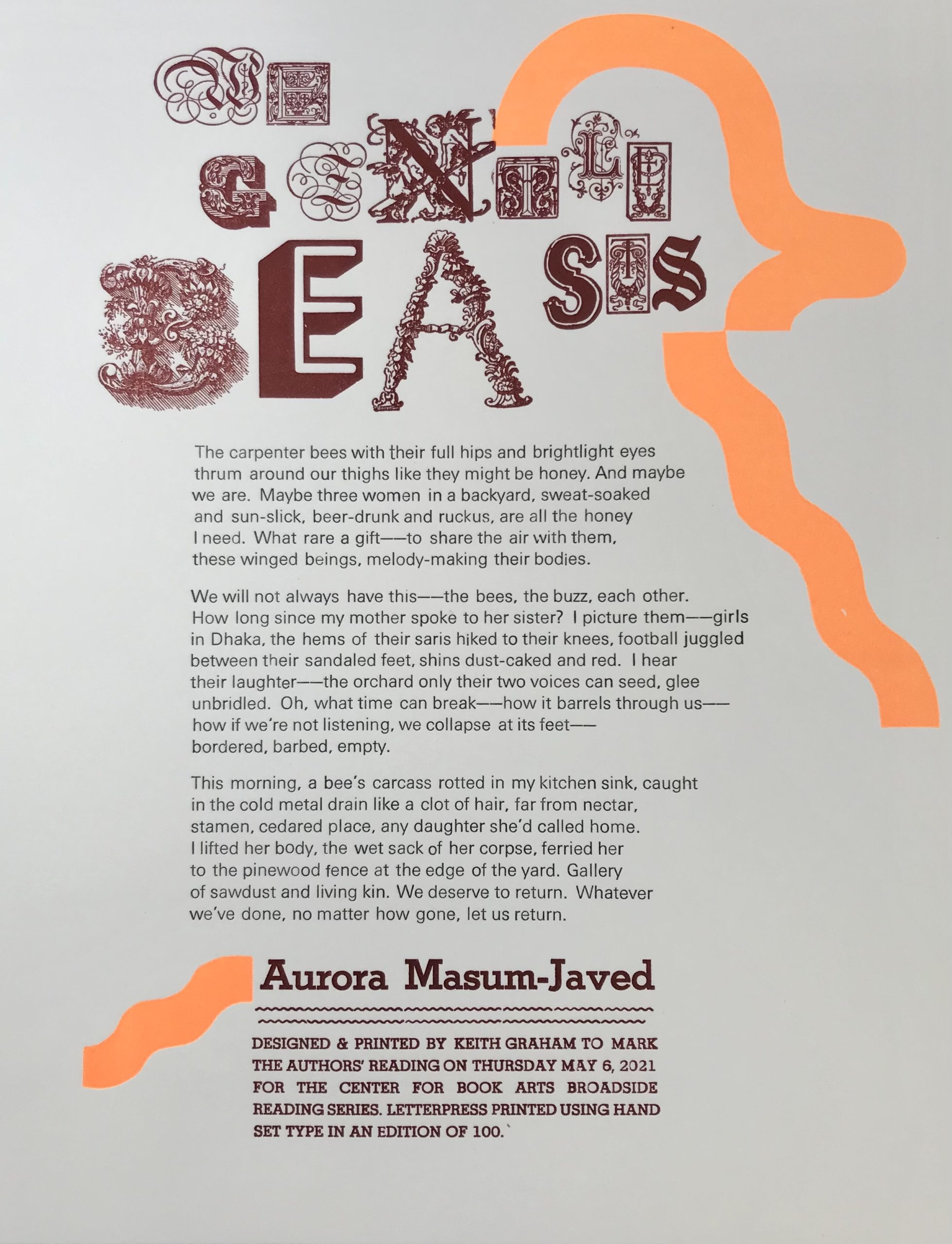 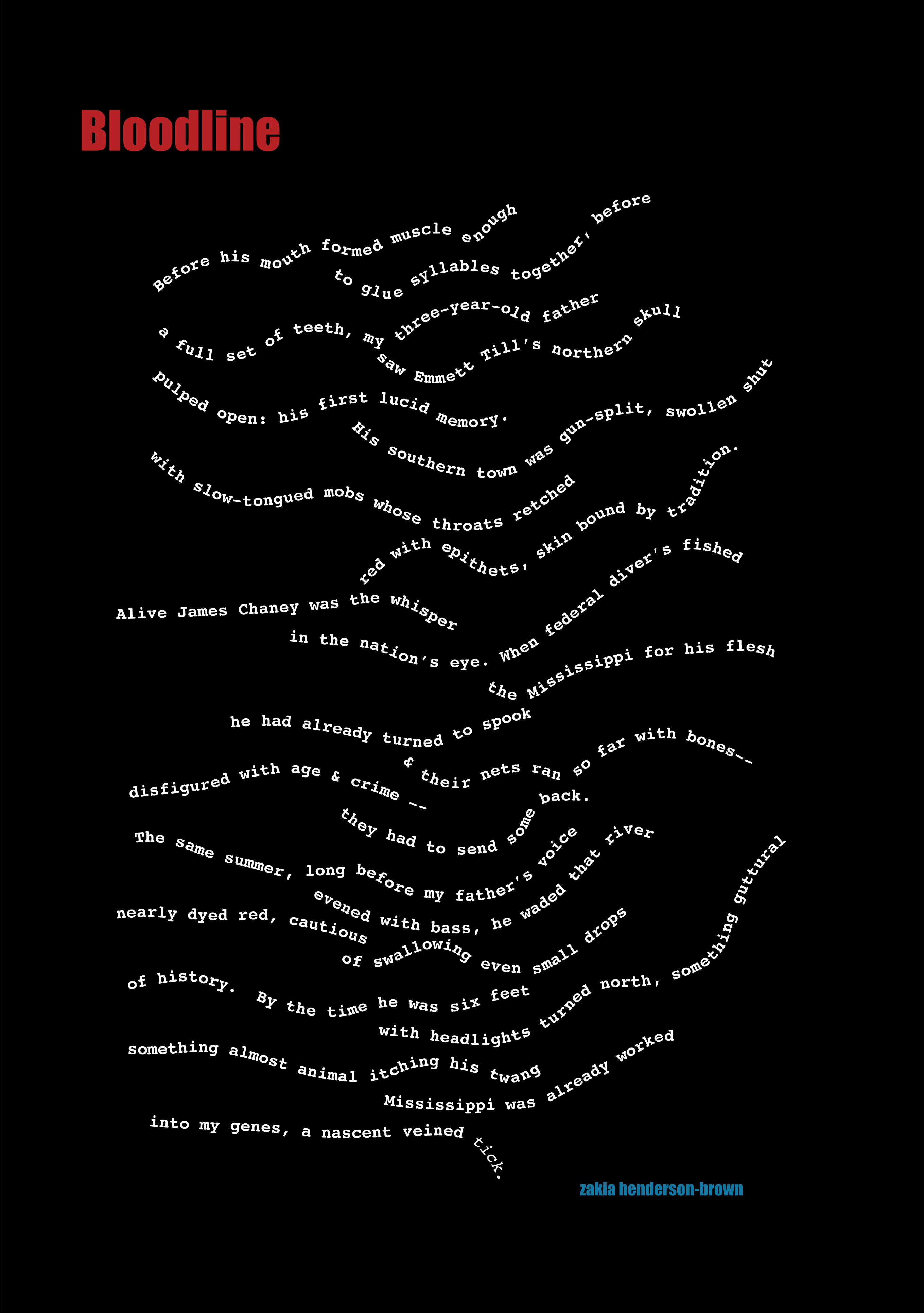 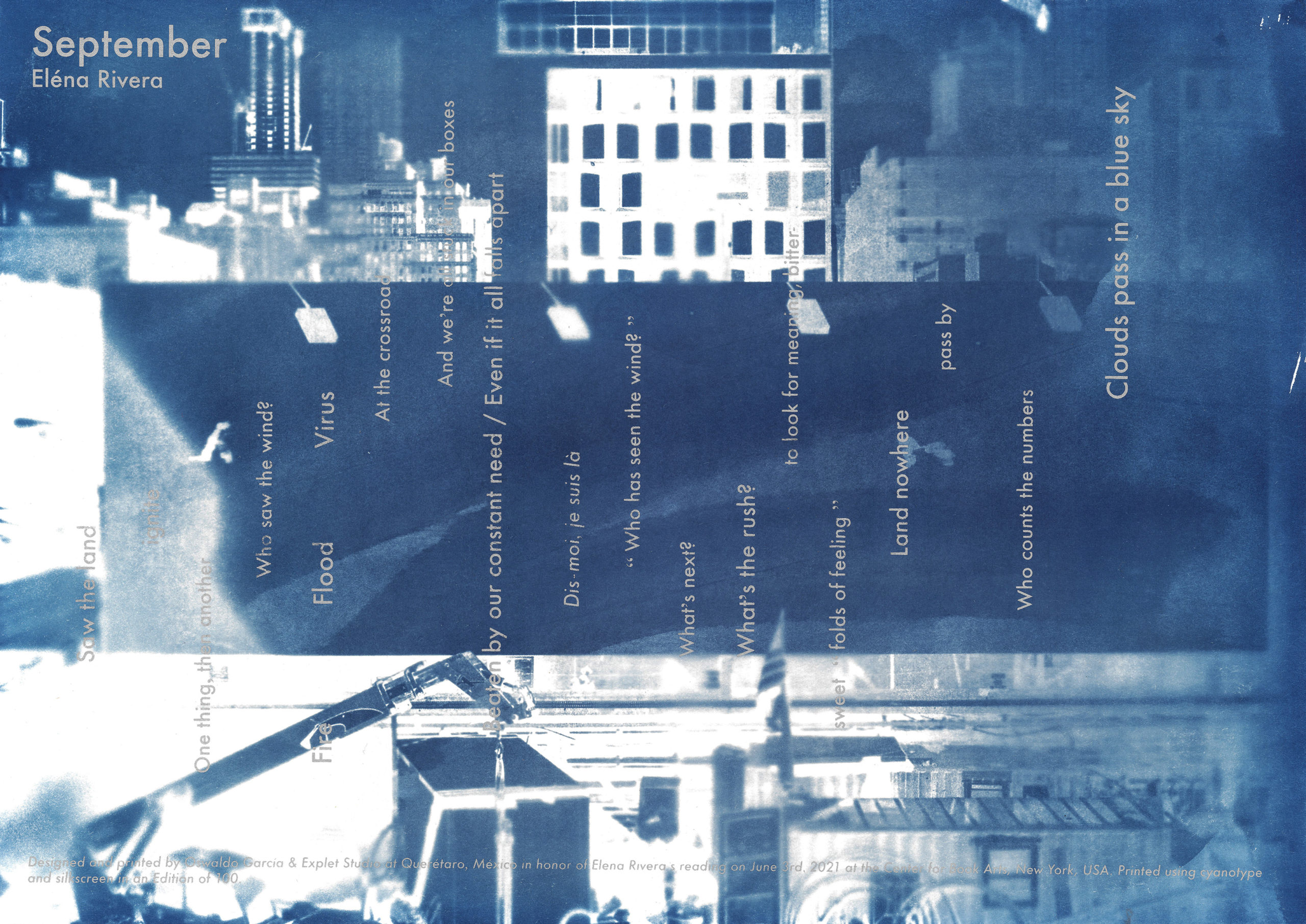 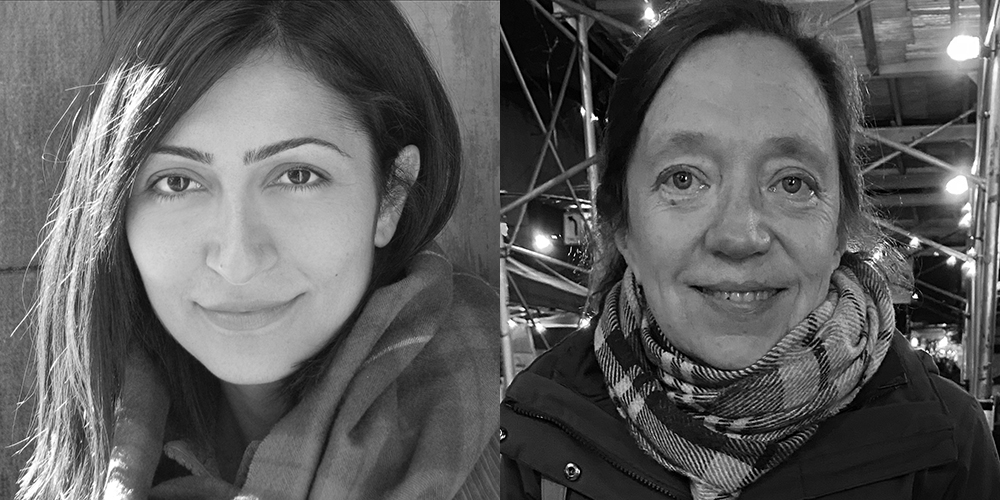 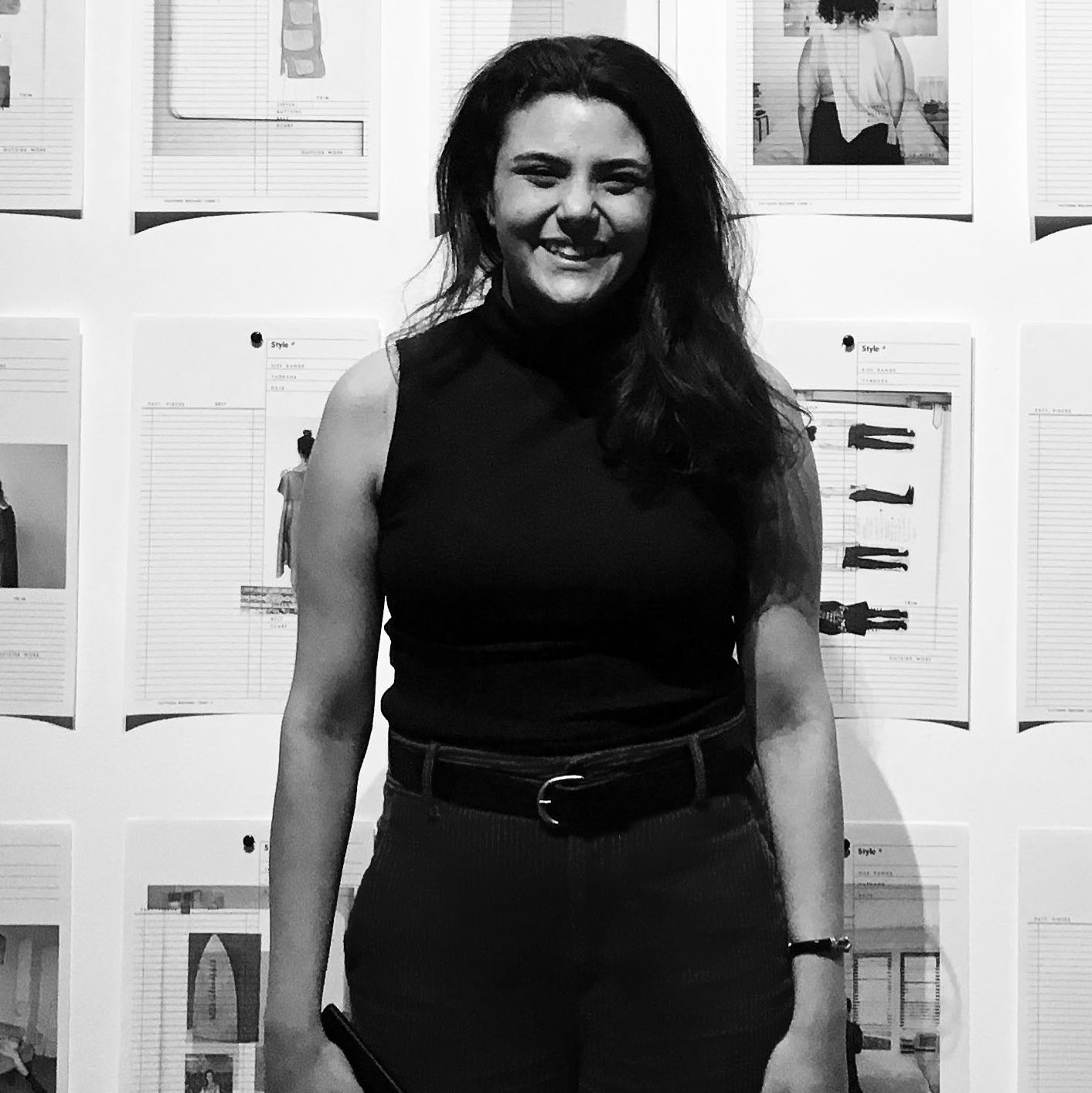