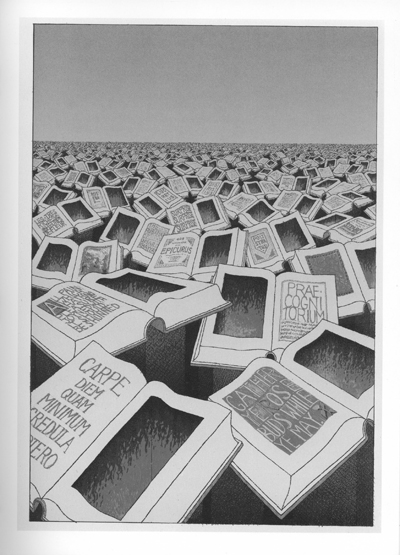 Born in 1937, Tom Phillips attended drawing classes and lectures on Renaissance iconography alongside his studies at Oxford. Back in the South London neighborhood where he has lived and worked nearly all his life, Phillips was taught by Frank Auerbach at Camberwell School of Art.

Phillips’s first one-man exhibition in London was in 1965 and he won a John Moores prize four years later. In 1966 Phillips resolved to dedicate himself to making art out of the first secondhand book he could find for threepence on Peckham Rye. Thus began A Humument, longest of Phillips’s extended serial projects. A Humument is a radical ‘treatment’ of a forgotten Victorian novel by means of collage, cut-up, ornament and other techniques. On the fiftieth anniversary of its inception, in 2016, Phillips completed the sixth and final version of this work – each version with successively more pages reworked, until his original work had itself been completely transformed.

A Humument has become a touchstone of Phillips’s oeuvre. The Royal Academy’s 2015 Summer Exhibition dedicated a full room to it. Quotations from A Humument populate his other paintings, works of art criticism, and some of the songs he wrote when returning to music in the 1990s. Irma, a central character and the muse of A Humument, gave her name to an opera – conceived in 1969, recorded in 1977 and 1988, with its full score published in 2015. A new production directed by Netia Jones premièred at the South London Gallery in September 2017.

This variety of output is another Phillips hallmark. 20 sites n years, another series, consists of photographs taken during the same week, at the same time, since 1973, in 20 locations that describe a circle (about half a mile in radius) around his studio. Jake Auerbach’s documentary film on this project was released in 2016.

From April 3 to May 16 1986, Center for Book Arts exhibited Bookworks by Tom Phillips. Curated by Richard Minsky, this show of Phillip’s original manuscripts and small editions bridges the boundary between book art and artists’ books. It included 37 works by the London artist from 1970-1986. A 56 page catalogue was published with illustrations of the works and an essay by Phillips about Dante’s Inferno.

In 1989, he became only the second artist to have a retrospective of his portraits at the National Portrait Gallery. Fifteen years later, at the same gallery, he curated an exhibition of his large collection of postcard photographic portraits from the early part of the last century, under the title We Are The People. This passion for collecting, classifying and curating also found expression in his book The Postcard Century, which portrays the history of each year from 1900-1999 through a collage of these vernacular images. Work on the postcard collection continues, most recently through the publication of a series of six themed selections, each curated by Phillips.

Phillips received the Frances Williams Memorial Prize in 1983 for his illustration and new translation of Dante’s Inferno. He also made a TV version of the Inferno with Peter Greenaway which won them jointly as directors the Italia prize.

Elected to the Royal Academy in 1984, Phillips went on to chair the Academy’s Library and its Exhibition Committee from 1995 to 2007. He also served as a trustee for the National Portrait Gallery and British Museum. Phillips was made a Commander of the British Empire for services to the Arts in the 2002 Birthday Honours list. In 2005, he was appointed Slade Professor of Fine Art, at the University of Oxford, and between 2005 and 2011 he was invited as an annual Director’s Visitor to the Institute for Advanced Study in Princeton.

His works are now taken care of in specialist collections across the world, including the Sackner Archive of Concrete and Visual Poetry (Miami), National Gallery of Australia (Canberra), the Ashmolean Museum, with an archive of his papers in the Bodleian Library (both Oxford).

Tom Phillips is represented in London and New York by Flowers Gallery.

Phillips passed away on Monday November 9, 2022. 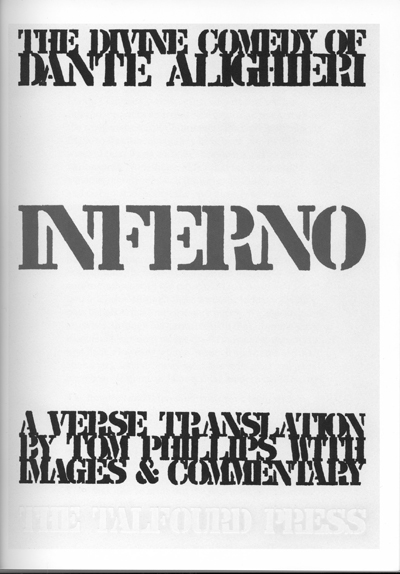 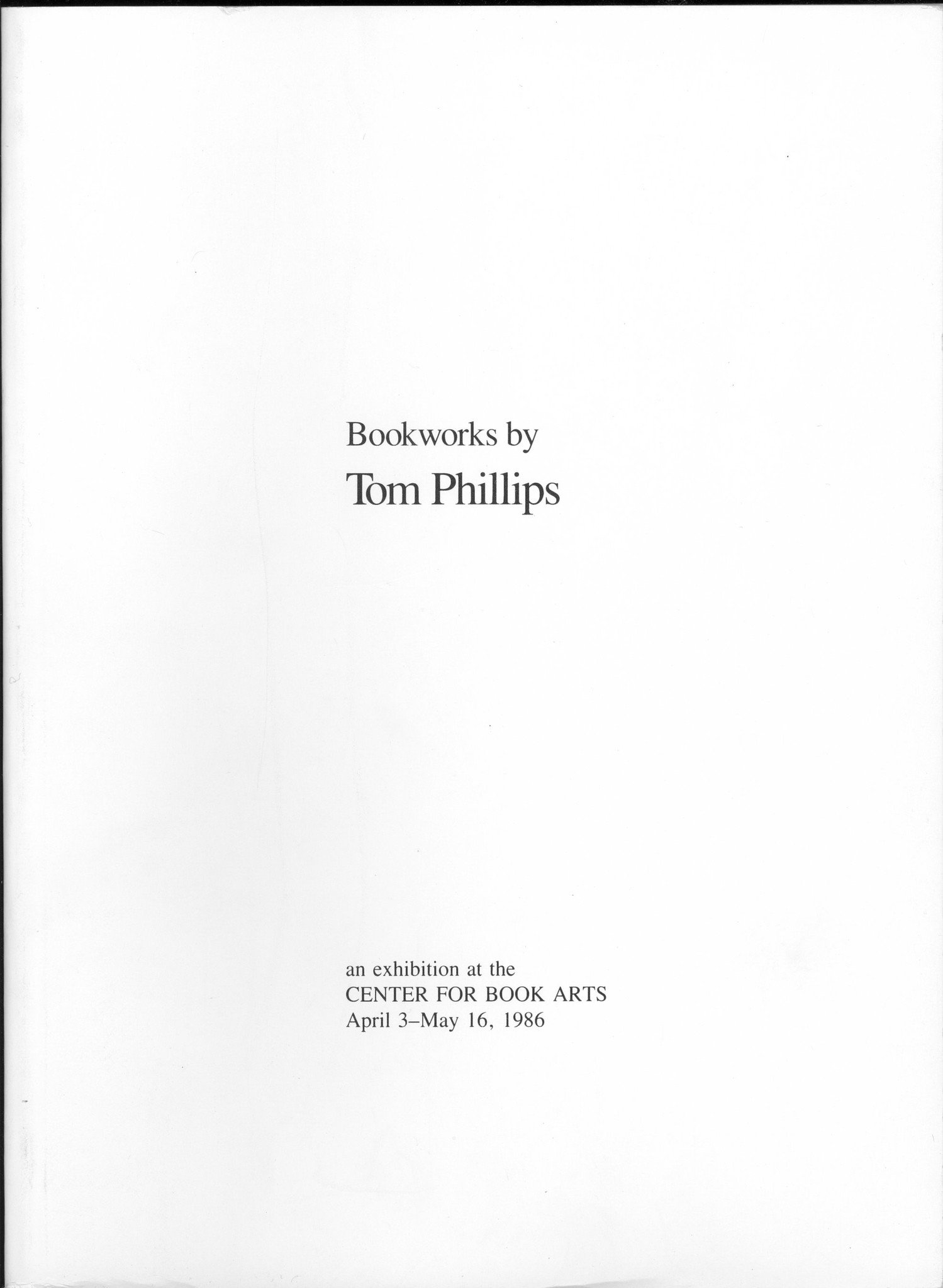 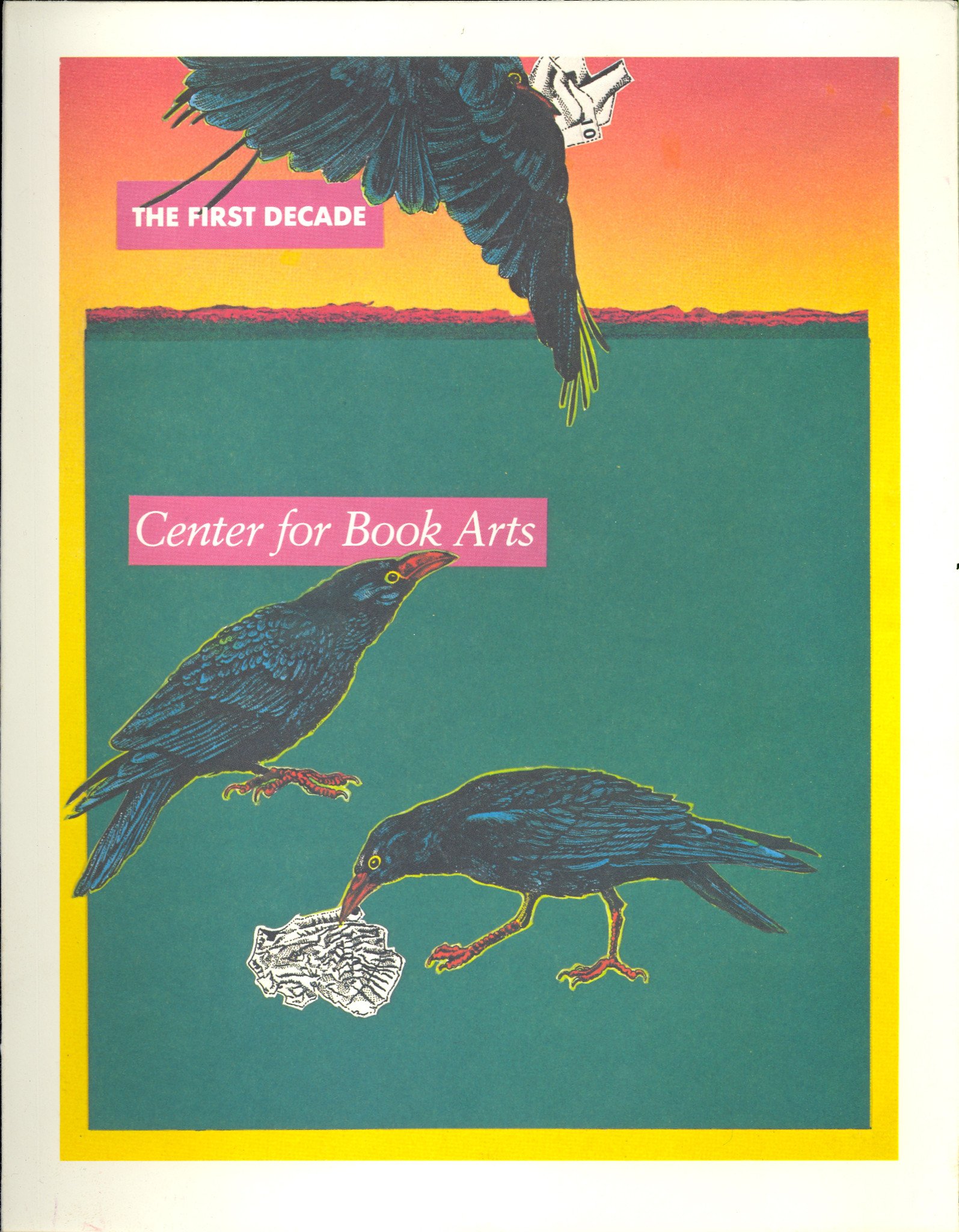